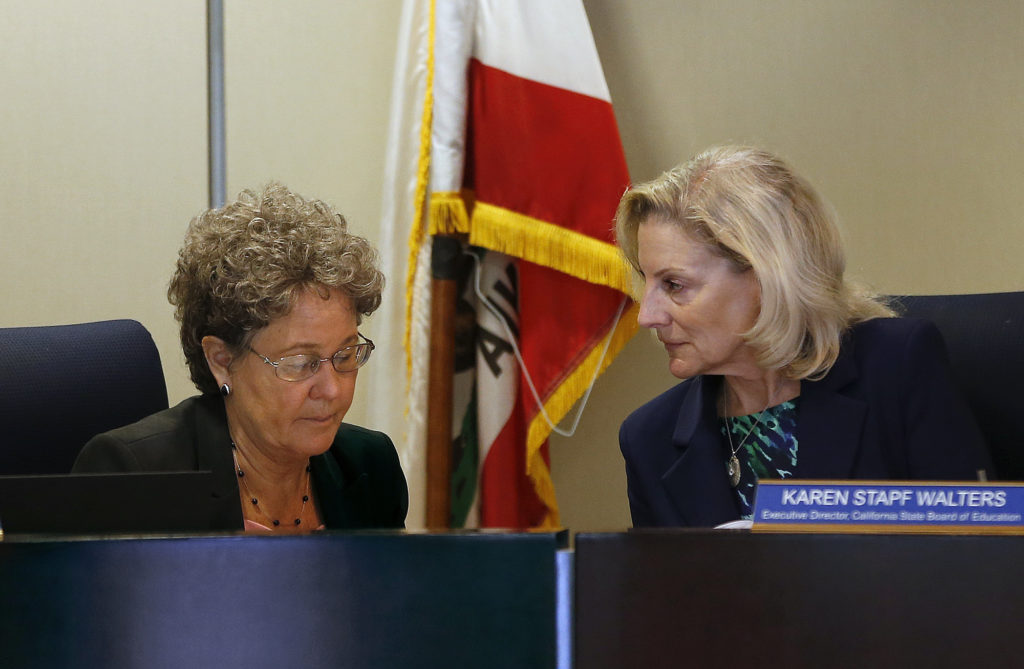 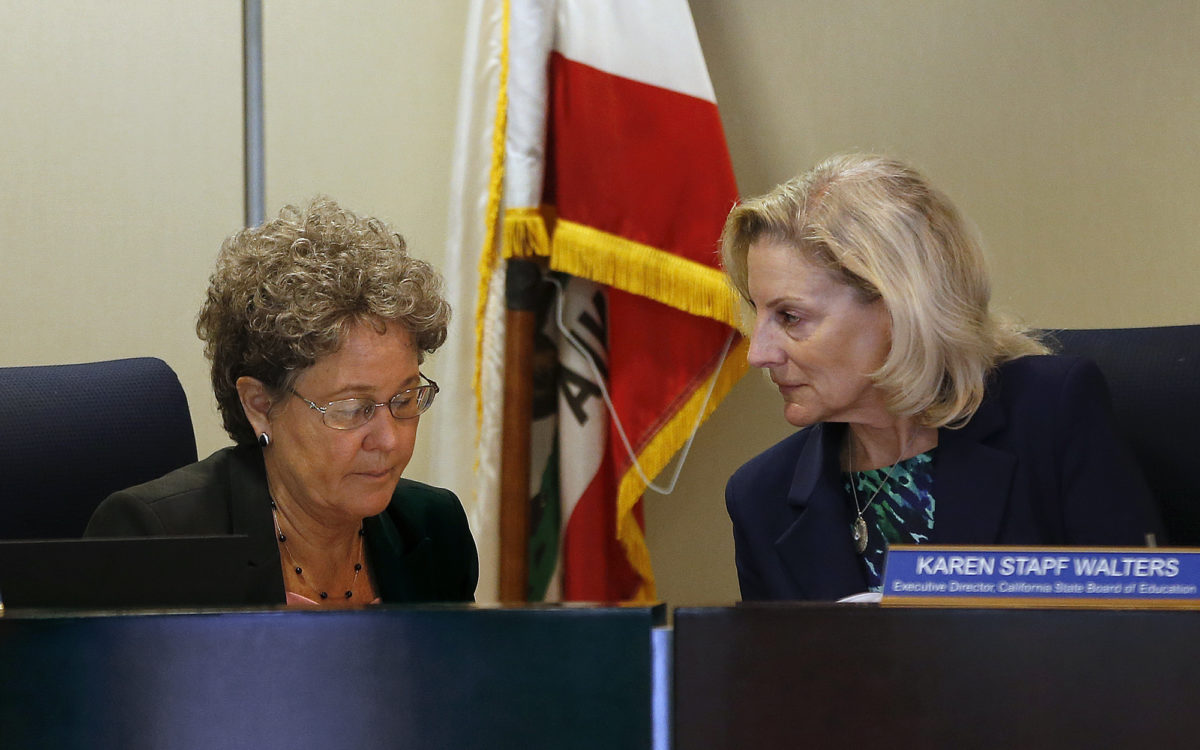 The California Board of Education Wednesday approved new statewide guidance for health education, including recommendations for teaching sex education that align with the California Healthy Youth Act, the state’s comprehensive sex ed law.

Board members unanimously approved the framework after nearly 200 speakers offered their opinions, including scores who’ve been mobilized by conservative religious groups to protest the sex ed guidance. They focused primarily on books they deem too explicit and aspects of the framework that address the sexual health of lesbian, gay, bisexual or transgender students and those questioning their sexual identities.

The final version of the framework did not include recommendations of several of the books that had generated the most strenuous objections from opponents.

“We are not saying these books are bad, but their removal can help avoid the misunderstanding that California is mandating these books,” said board member Dr. Feliza I. Ortiz-Licon before the public comment period began.

Frameworks are written for all subjects, from math and science to history and language arts. They’re not curriculums and school districts are not required to use the materials they recommend. But they are considered strong guidance for districts and schools as they adopt their curriculums.

The health education framework encompasses physical, mental, social and emotional health and includes guidance on teaching nutrition, exercise, injury prevention and alcohol and drug abuse prevention. Sex education guidance comprises only about 10 percent of the framework’s contents but it has generated all the controversy and confusion.

This is the first update of the framework since 1994 and it is written to be compatible with the Healthy Youth Act, which went into effect in 2016. The law covers a broad array of sexual health issues and is one of the most all-inclusive sex education laws in the country.

In addition to lessons on birth control and sexually transmitted diseases, the law covers the meanings of sexual assault, sexual harassment and sex trafficking. Also, the lessons must include material specifically geared toward LGBTQ students.

A provision in the law allows parents to opt their children out of the sex ed lessons, but they cannot opt them out of lessons focused on the rights and achievements of LGBTQ people in other contexts.

The Healthy Youth Act has generated opposition since it was passed by the Legislature in 2015, but it has intensified this year with the framework up for adoption. In March, hundreds of parents and other residents from communities throughout the state voiced their objections to the framework during a public hearing held by the Instructional Quality Commission, which is an advisory body to the state board.

While the most vocal opponents object to almost all aspects of the law, including the lessons addressing the needs of LGBTQ students, they’ve been most critical of the books that had previously been recommended in the framework. Some of the books include cartoon depictions of naked people and male and female anatomy. They also have explicit descriptions of sex acts.

One of the approved books “shows a girl checking out her own genitals,” said a female speaker. “My daughter does not need to see cartoon pornography.” Others described the framework as “sexual indoctrination” and “sexualizing youth.”

Both before and after the public comment period, Stephanie Gregson, director of the California Department of Education’s curriculum frameworks and instructional resources division, emphasized that the books should not be mistaken as instructional materials. They are resources for teachers when students have questions relating to sex, she said.

Many of the opponents were mobilized by two related groups: the Fresno-based California Family Council and Orange County-based Informed Parents of California. Before Wednesday’s meeting, the groups held a rally in front of the state board’s Sacramento headquarters.

The hearing also drew dozens of supporters of the framework, including students and LGBTQ advocates.

“We thank you for your hard work on LGBTQ inclusivity in the health framework,” said one advocate. “For some of our LGBTQ students in California sex education classes are the only places where they receive positive messages about their sexuality.”

A woman identifying herself as a college student said she was the victim of sexual abuse “and this information would have saved me from years of self-harm,” she said.

Now that the framework is adopted the state will, at some point in the future, adopt recommended textbooks and other materials that are aligned with the Healthy Youth Act and the framework. But, like the materials in the framework, school districts will not be required to use them.