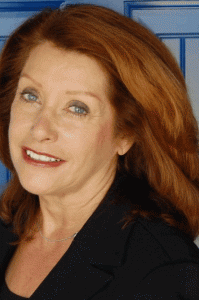 K-8 science education in California has atrophied in many districts in California over the past 15 years. It wasn’t intentional – but time given to science took a back seat to more time given by districts to English language arts and math to avoid the high-stakes consequences of not meeting annual yearly progress as defined by the No Child Left Behind law. Science education was collateral damage.

Now California is taking steps to bring science back as a core subject in school curricula.

The first step was in September 2013 when the California State Board of Education adopted the Next Generation Science Standards (NGSS) as the state’s new science standards for K-12.

At its November 2013 meeting, in a unanimous vote, the Board adopted the NGSS Integrated Model as the “preferred model” for middle grades (6, 7 and 8) science instruction in California.

This was a significant board decision because California has historically had a discipline-focused model of instruction in those grades: earth science in 6th, life science in 7th and physical science in 8th.

California’s new integrated model interweaves the three science disciplines with engineering in each of the three middle grades.

NGSS in California – History and Resources

The Integrated Model for grades 6-8 was developed and recommended to the State Board by the state’s Science Expert Panel, which consisted of 27 top K-12 science teachers as well as university and industry scientists and engineers. Three nationally recognized California scientists served as advisers.

As part of their deliberations, the panel reviewed a study of the highest-performing countries on international tests of 8th grade science and found that they all require integrated science instruction through 8th grade.

The Next Generation Science Standards differ conceptually in significant ways from California’s previous science standards. They focus more on:

The Science Expert panel concluded that an integrated model for California in grades 6-8 would best provide opportunities for all students to learn about the nature of science and its relationship to engineering design.

In the words of one of the panel’s national scientist advisers, instruction using the new California science 6-8 integrated model “builds knowledge in all three disciplines in each year so that past learning is connected to, applied and further developed in each subsequent unit or year, providing the best opportunity for students to develop deeper understanding and transferable, usable knowledge.”

The panel concluded that the integrated model in middle school would provide better preparation for more rigorous high school science coursework, and be more instructionally engaging, for all students. That would include those already interested in science as a possible career, as well those not yet interested or who have less exposure outside the school environment to science and other STEM-related learning, such as young women and students from low-income families.

In designing the integrated instructional model for grades 6-8, the panel paid close attention to ensuring:

At the same time, to allow for more options at a local school district level, the State Board also authorized the development of an “alternate” so-called “discipline-specific” model that would allow teachers to continue to teach with “a focus” on earth sciences in the 6th grade, life sciences in the 7th grade, and physical sciences in the 8th grade. But it would still require the inclusion at each grade of some core ideas from other disciplines, and it will be more difficult to teach the interdisciplinary cross-cutting science concepts

Both models for grades 6-8 can be seen here.

California law requires the state to adopt a framework for all adopted standards for grades K-8 and to endorse instructional materials that are aligned with the standards. Both the integrated and the discipline-specific model will be fully supported in the new science curriculum framework.

The California Commission on Teacher Credentialing has concluded that fewer than 1% of current middle school science teachers lack a credential needed to implement the Integrated Model at their school. But the implementation of either model will require districts to provide significant professional development for middle grades science teachers in order to fully realize the instructional shifts expected by the new standards.

There are resources to help:

In addition to the funds each district receives through the State’s Local Control Funding Formula, there is a one-time $1.25 billion proposed in the Governor’s 2015-16 budget for implementation of California’s new academic standards, including the Next Generation Science Standards.

Local Control Accountability Plans (LCAP) that districts are implementing for the first time this year require districts and charters to begin to describe initial plans for implementing the new science standards (under State Priority #2).

Local districts are encouraged to confer and partner with their LCAP stakeholders – including teachers, parents, students, administrators, local school board members, professional organizations and community and business partners – to begin to study both middle grades models, to better understand which model will provide optimal learning of the new science standards for all their students.

The California Department of Education is conducting workshops this spring throughout the state to assist in understanding the new science standards.

In addition, each of the eight districts and two charter management organizations in the California K-8 Next Generation Science Standards Early Implementation Initiative are implementing the new Integrated Model for Grades 6-8 and can serve as a resource.

The first draft of the state’s new science curriculum framework based on the Next Generation Science Standards will also be released later in 2015 and will be a valuable resource in district decision-making and planning.

Implementation of the new science standards is expected to unfold statewide over the next four years, with students currently slated to take a pilot state science assessment in spring 2017 and the full assessment in 2018-19.

To be ready, districts would be well served to begin now to study the two models available for science education in the middle grades so they can make a well-informed choice that is best for their students. There is no need to rush to adopt one or the other model this spring.

However, I strongly support the Integrated Model for grades 6-8 for all the reasons cited by the California Science Expert Panel when the State Board adopted it as their “preferred model.”

Regardless of which approach districts or charters adopt, I am a champion for bringing a robust K-8 science education back to California. All students – and especially students from low-income families – deserve the opportunity to be better prepared in the K-8 grades to embrace and succeed in science and engineering high school courses, college majors, and related well-paying careers

Trish Williams is a member of the State Board of Education, former vice president and a lead board liaison for the Next Generation Science Standards. She was formerly executive director of EdSource.