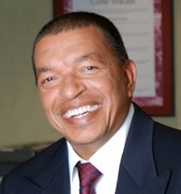 Of all the bills sitting on the desk of Gov. Jerry Brown, perhaps none is more important to the future of education in California than Assembly Bill 484. Sponsored by State Superintendent of Public Instruction Tom Torlakson and authored by Assemblywoman Susan Bonilla, D-Concord, AB 484 would end the standardized tests that have been in place since 1999 and move California forward in implementing tests based on the new Common Core State Standards.

The new standards represent the first major academic overhaul since 1997, and along with clear new goals for student learning come new assessments.  Students will take the new tests using computers (or iPads or similar devices), which means our local school districts need to figure out how to get those devices and the supporting technology such as Internet access into the hands of San Diego County’s 500,000 students. That’s why districts in the county have been hard at work preparing for the new standards and tests. Many San Diego County districts participated in earlier “pilots” of the new tests.

Before AB 484 removed the need for our students to endure double testing, the vision had been that the state would roll out field tests on the new standards in the spring of 2014 while maintaining the old paper-and-pencil examinations, called the Standardized Testing and Reporting (STAR) tests. Thankfully, the Legislature overwhelmingly supported AB 484, allowing educators to focus on implementing the new standards and students on learning skills they need for career and college.

So what is the controversy? Some, including United States Secretary of Education Arne Duncan, are opposed to AB 484. Critics say suspending STAR tests will diminish schools’ accountability to parents and the community. The truth is, our current accountability system under the federal No Child Left Behind law results in the majority of schools being labeled “failing,” regardless of how well they are doing in preparing students for college, career and beyond.

Is a multiple-choice test really holding anyone accountable, and if it is, accountable for what? How many of us use those skills in our daily work? In switching to the new assessments, we will finally have data that is connected to what students need to be successful in the real world. Field tests will offer a very strong “reality check” to our school districts, showing where the gaps are in instruction. AB 484 allows a year to transition, to do what it takes in our classroom and beyond.

Let’s be clear about what will happen with that transition. The Common Core standards will change teaching and learning, because they change the expectations of what skills and knowledge students should be able to demonstrate and apply. In English language arts, for example, students will be expected to read as much nonfiction as fiction and to increase academic vocabulary. In math, students will learn more about fewer, key topics so they can think fast and solve real-world problems. In all subjects, students will increase critical and creative thinking, communication and collaboration – skills the old tests simply do not measure.

Under the new state budget, California schools have received $1.25 billion to support implementation of Common Core. These funds could easily be tapped by school districts to expand pilot tests to include students at all levels, thus ensuring these “tests of the test” really work. That’s why AB 484 enjoys support from groups as diverse as the Los Angeles Chamber of Commerce, the California Teachers Association and the California County Superintendents Educational Services Association.

I believe that maintaining two testing systems, each of which requires very different instructional techniques and looks at very different skills, will result in a schizophrenic environment in our schools that isn’t in anyone’s best interest. Suspending the STAR tests and expanding field testing of new assessments allows time for educational leaders to prepare students for a completely different manner of demonstrating knowledge while ensuring districts have the means to provide accountability to the public.

Our students deserve our efforts to be fully focused in one direction, and that direction must be Common Core. AB 484 will allow us to prepare our students and staff for success rather than set them up for frustration.