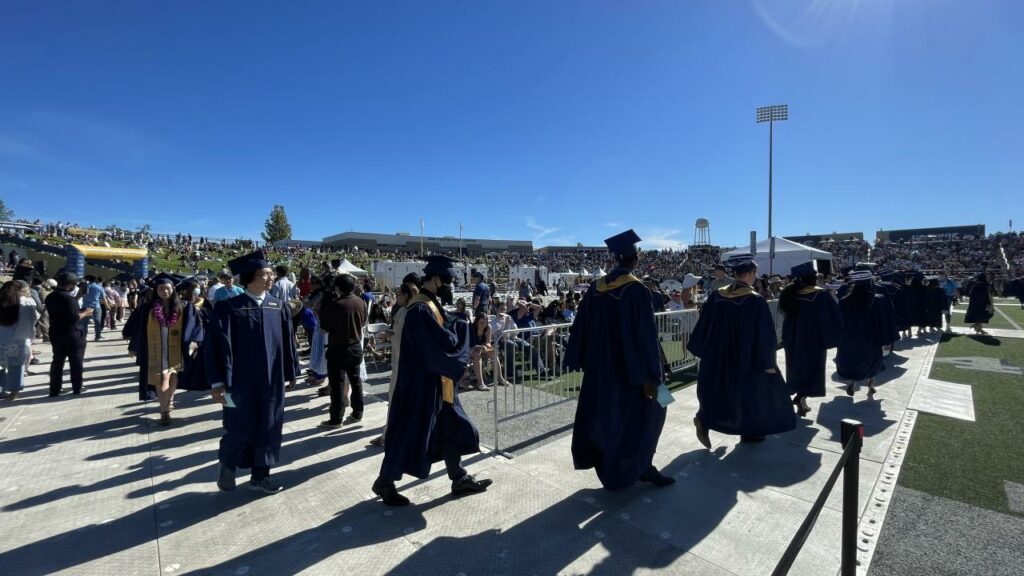 A commencement ceremony at UC Davis was stopped at 11 a.m. Friday because of high temperatures.

The recommendation to end the graduation ceremony came from fire agencies and the university’s Environmental Health and Safety Department, according to a statement from UC Davis campus officials. But many of the more than 12,000 at the event, sweltering in 90-plus degree heat, left before the ceremony ended.

One graduate said she left before she officially graduated because of the heat.

“Almost passed out from heat exhaustion at the UC Davis graduation,” said @Moonchild_Monii on Twitter. “I really wanted to walk the stage, but I had to leave. It was so bad and so hot!! I’m bummed out! First in my family to graduate and I couldn’t enjoy it. This event was poorly planned.”

The ceremony was scheduled for 8 a.m. because of the potential for high temperatures. By 11 a.m. many students still hadn’t received their diplomas, but university officials decided to stop the commencement.

The university reported that five people were taken from the ceremony by ambulance because of heat-related illness and there were 34 calls for medical service, according to SFGate.

Students who were not able to cross the stage for a diploma have been invited to a separate ceremony on Sunday.