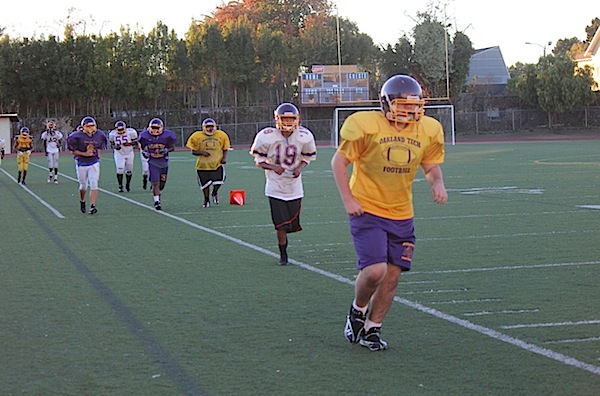 The California Department of Public Health issued guidance to schools Tuesday cautioning them to cancel all outdoor and un-air-conditioned indoor sports if temperatures in their region put them at levels of high or very high risk, according to the National Weather Service HeatRisk forecast.

Today a third of the state is at the very high-risk level of the forecast, with a small portion in the high-risk level. Schools in these areas should cancel outdoor activities during the heat of the day and avoid sending students outdoors between 10 a.m. and 4 p.m.

In many school districts, sports events and practices have been canceled. But in some places, such as Sacramento County and Placer County, which are in the very high-risk level, football games and practices continue, although most have later start times, according to media reports.

The state guidance, meant to supplement existing school emergency plans, stresses that high-exertion sports, especially football, is risky in high temperatures. Heat illness is the third major cause of death among teenage athletes, according to the guidance.

“Rates of exertional heat illness among high school athletes are higher in American football than all other sports combined, averaging four incidents of heat illness per 100,000 exposures,” according to the guidance.

Students and athletes exposed to multiple days of high heat are also more vulnerable to heat-related illness, according to the guidance.