Only half of Newsom’s promised 6 million Covid tests arrive at schools, report says 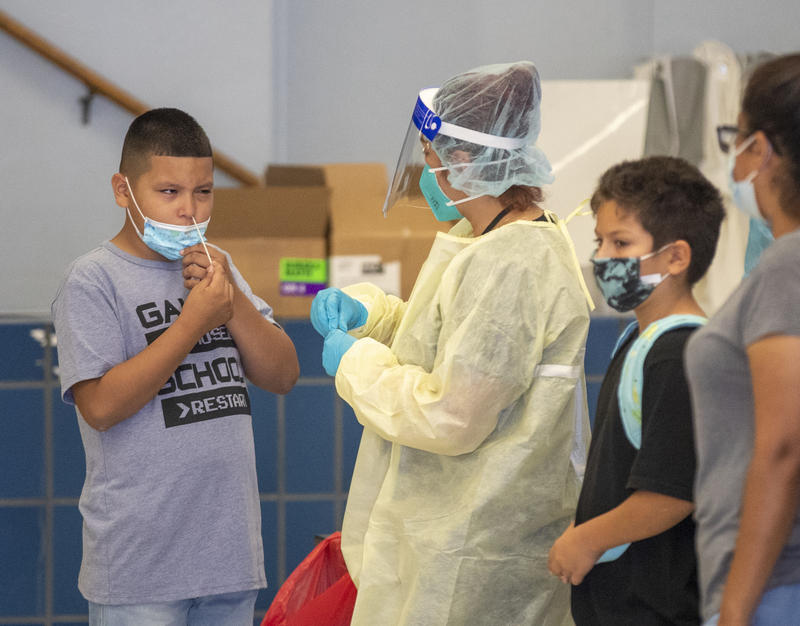 Two weeks ago, Gov. Gavin Newsom pledged that the state would provide schools with enough take-home Covid tests for all 6 million students when they returned from winter break.

However, only about half of those tests made it to schools by Monday, when many districts started their spring semester, a California Department of Health spokeswoman told the Los Angeles Times. According to the Times, an additional 1 million tests were en route to schools and expected to be delivered by the end of the day Tuesday, and 1.5 million tests were expected to arrive at the state’s warehouse Monday before going out to counties. An additional 500,000 tests are expected to arrive at the state’s warehouse later this week.

Some districts hadn’t received any take-home tests Monday, the Times reported, including Long Beach Unified. The California County Superintendents Educational Services Association told the Times that 20 counties had not received any tests by Monday evening.

The Governor’s Office on Tuesday morning posted a video on Twitter of boxes of take-home tests being shipped out from a warehouse. The caption said the tests arrived Monday night and will be immediately sent to county offices of education to distribute to schools.

West Contra Costa Unified virtual academy, with enrollment down 17%, touted as ‘ahead of the curve’