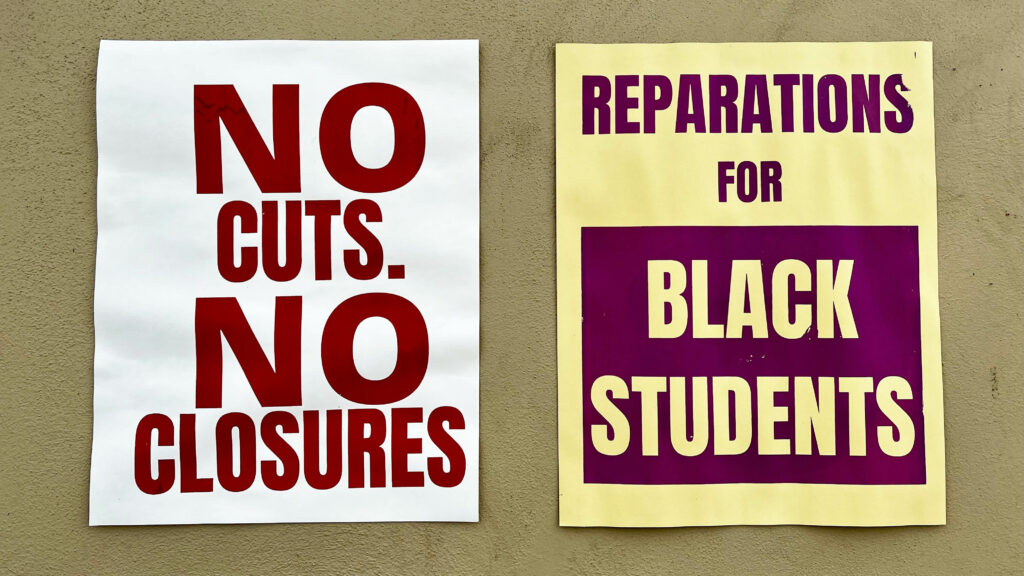 A newly installed Oakland Unified school board voted Wednesday to scrap the previous board’s plan to close five elementary schools and cut grades 6,7 and 8 from a K-8 school at the end of this school year.

Brookfield, Carl B. Munck, Grass Valley, Fred T. Korematsu Discovery Academy and Horace Mann elementary schools will not close at the end of this school year as previously planned. Hillcrest K-8 will also continue to offer grades 6, 7 and 8.

At the beginning of 2022, the district’s seven-member school board voted to close, merge or reduce classes for 11 schools over the course of two years to adapt to a 34% enrollment decline between 2000 and 2020. The decision prompted outcry, protests and a hunger strike by two educators. Closure opponents cherished the schools as essential and historic community hubs. They argued that the little-if-any cost savings the district would see from closing the schools would not outweigh the impact it would have on students and families.

Two schools — Community Day School and Parker Elementary — had already closed at the end of the 2021-22 school year. Additionally, RISE Community Elementary was merged with New Highland Academy and La Escuelita stopped offering grades 6,7 and 8 at the end of 2021-22.

The board took up the resolution Wednesday, and newcomers Jennifer Brouhard and Valarie Bachelor voted to approve it along with incumbents Hutchinson and VanCedric Williams. Incumbents Clifford Thompson and Sam Davis voted against rescinding the closures, and newcomer Nick Resnick abstained.