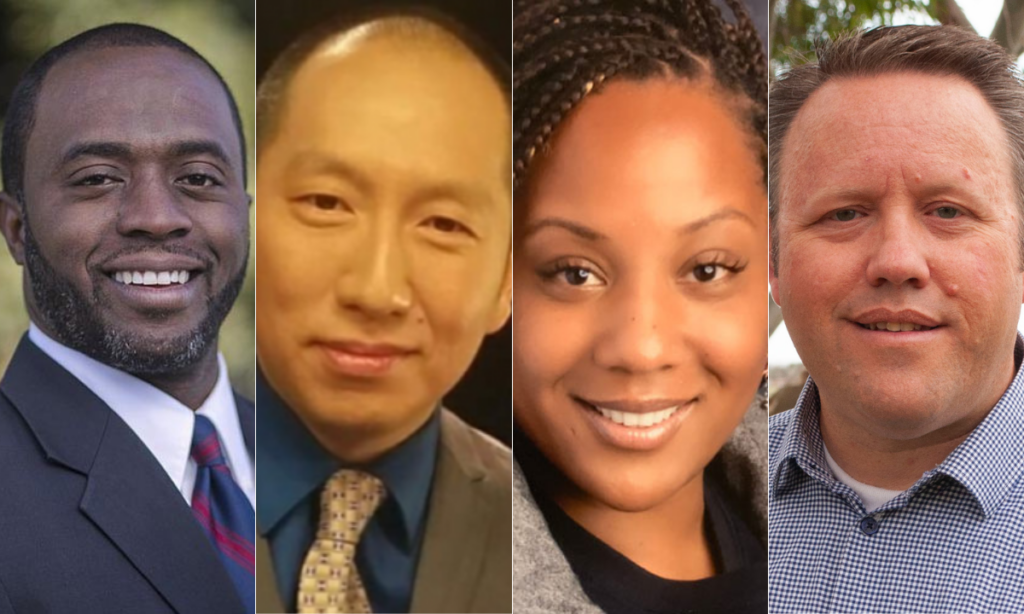 Five days into the post-Election Day counting, State Supt. Tony Thurmond is still well short of the 50% majority he would need to avoid a runoff election in November, and a new leader has emerged as runnerup who would contest him.

As of Sunday afternoon, the latest voting update by the California Secretary of State, Thurmond has 46.2% of the vote, up 0.5% since Election Day, with 1.9 million votes. Lance Christensen, on leave as vice president of education policy for the California Policy Center, a conservative think tank before, has moved into second position, 582 votes ahead of George Yang, a software engineer from Menlo Park, and 4,200 votes in front of  Ainye Long. Long, a math teacher and department head at Willie Brown Middle School in San Francisco Unified, had been ahead of Yang by 1,800 votes and Christenen by more than 3,000 votes on Election Day.

In the latest result, Christensen and Yang both have 11.4% and Long 11.3% of the vote. The Secretary of State has not disclosed how many voters remain uncounted. They would include all mail-in ballots postmarked no later than Election Day; they must be received by June 15 to be counted.

If he were to emerge as Thurmond’s opponent, Christensen would run on the issue of school choice. He helped draft one of two proposed initiatives to establish Education Savings Accounts, which would provide families initially with $14,000 per year to pay for private and religious schools. Neither initiative made to the ballot this year.