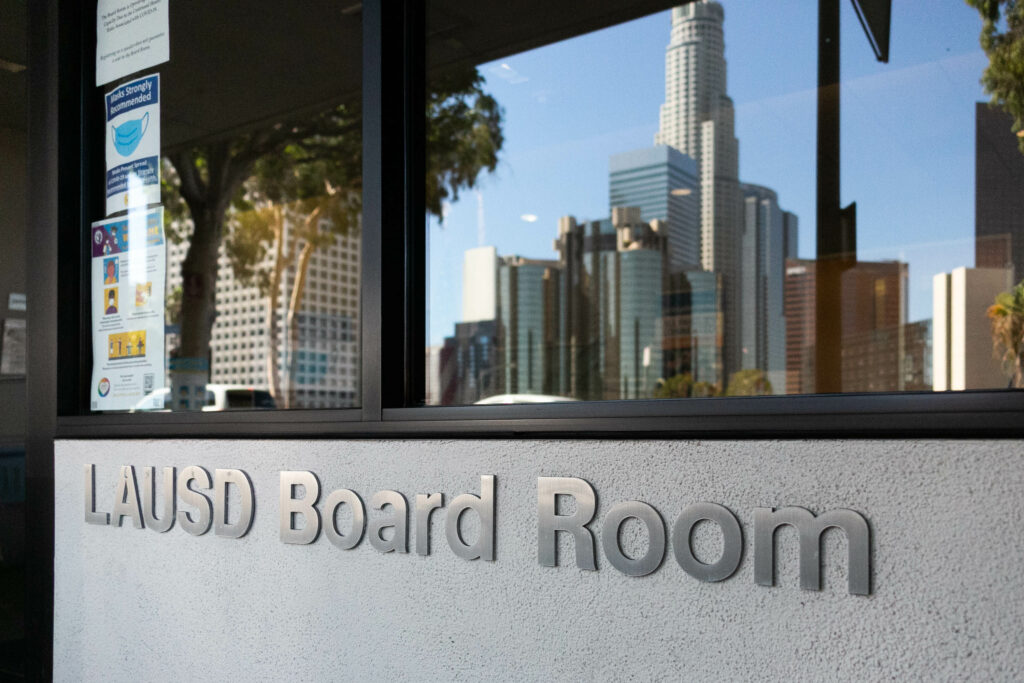 Los Angeles Unified will provide schools with the opioid overdose treatment naloxone following several overdoses among students this school year. Nine students have overdosed across the district, including one 15-year-old who died last week.

With support from the Los Angeles County Department of Public Health, LAUSD is distributing the naloxone units across its schools at no cost, beginning first with middle and high schools. Naloxone, known also as Narcan, can temporarily reverse overdose effects and will be distributed in nasal spray form, which Superintendent Alberto Carvalho said will make it easy to use if needed. School police officers will also have the drug on hand.

“We are experiencing a devastating epidemic,” Carvalho said at a press conference Thursday. “While we talk about fentanyl or the many variations of fentanyl, there is an abundance of drugs that students are having ready access to. But there are solutions.”

The LAUSD community has been processing the death of Melanie Ramos, 15, who died on campus at Bernstein High School last week after taking a pill she bought from another student laced with fentanyl, a powerful opioid that can be lethal in small doses. Seven of the nine cases of overdose reported by officials occurred at the Bernstein campus and Hollywood High School.

Fentanyl overdoses have been on the increase since prior to the pandemic, according to the Los Angeles County Department of Public Health. It’s become increasingly common for pills to be laced with fentanyl.

As the district continues to hone in on the issue, it has formed a task force to take a deeper look at the data and pinpoint which areas of the district have been disproportionately affected. Carvalho said the district now has an idea of what those areas are but will wait to connect with the communities first before officially announcing the patterns. LAUSD will work further with Los Angeles School Police and the Los Angeles Police Department to address safety.

Aside from taking measures to respond to use, the district is also working toward prevention. It is launching peer-to-peer counseling for students to spread knowledge of the impact of drug use. Students will receive training from the Health Information Project, which focuses on providing health education through that model.

The district will also offer courses on drug use and impact through its Family Academy beginning next week. Courses will tackle the issue through several aspects, including effects and signs of usage as well as the mental health impact. LAUSD is also launching its Make a Choice campaign across social media, posters and messaging to grow awareness.

West Contra Costa Unified virtual academy, with enrollment down 17%, touted as ‘ahead of the curve’