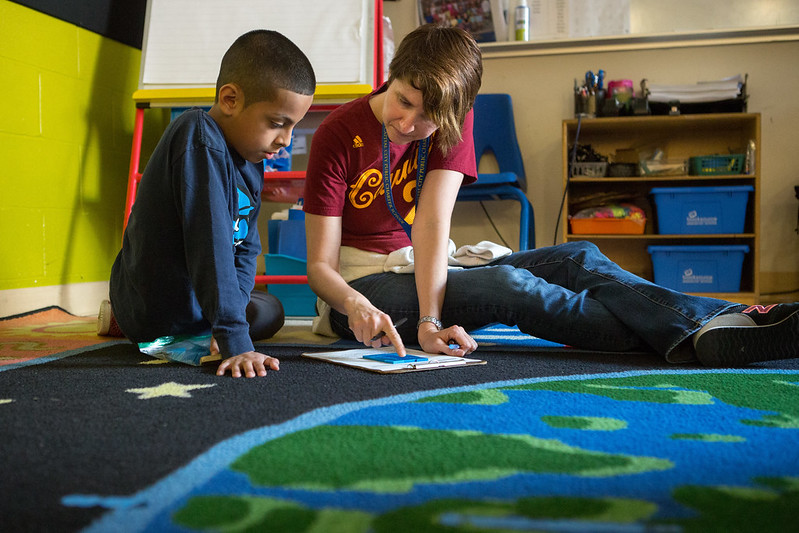 Los Angeles Unified released standardized test results for the first time since the pandemic began, giving a look into how the last few years have shaped learning in the state.

Both English and math scores dropped on the state’s Smarter Balanced Assessment test in LAUSD.

Two student groups showed an increase compared to before the pandemic: students with disabilities who met or exceeded standards rose by by .30 percentage points, and Asian students by .98.

Overall, the percentage of students who met or exceeded English Language Arts standards dropped by 2.26 percentage points, to 41.67%.

No student group saw an increase in students meeting or exceeding math standards.

The state will release official results this fall.

“As anticipated, the preliminary state assessment results illustrate that there is no substitute for in-person instruction,” Superintendent Alberto M. Carvalho said.

“Los Angeles Unified is proactively addressing the decline in achievement performance, particularly in English language arts and mathematics, at all grade levels,” he said. “We are working collaboratively to accelerate and realize the learning potential of every student, bolstering important support systems including instructional, mental health, and community supports to meet the needs of our students…”

Leaders at GPSN, a nonprofit aimed at improving public education in Los Angeles, said they were concerned the district didn’t release school or community-specific data.

“We believe more detailed student-level data will show what we all know,” said managing director Ana Teresa Dahan, “(that) some communities and their students were hit harder by the pandemic. We also know those behind pre-pandemic are taking longer to recover than those who were at grade level pre-pandemic.”

“While this data does not yet allow us to investigate how specific vulnerable student groups performed, based on other national data, we will likely see that students who are Latino, Black, living in poverty, and those who were already academically behind before the pandemic, fell further behind their peers,” GPSN said in a statement.

“The district must now begin to make more targeted investments to accelerate learning for these groups of students who have been most harmed by the pandemic and other historical inequities.”

California will survey teachers to determine why they quit