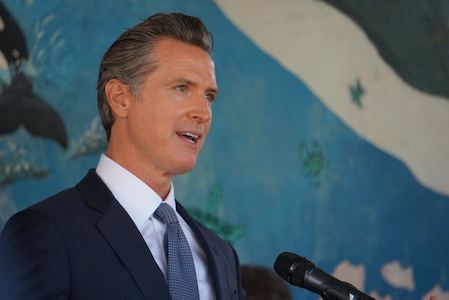 The Legislative Analyst’s Office doubled down last week on their earlier prediction that California would generate less revenue than Gov. Gavin Newsom is projecting for the 2023-24 state budget.

There is a “good chance” that revenues would be lower for the rest of the 2022-23 and next year, the LAO said in its budget overview. As a result, the Legislature should “plan for a larger budget problem” and deal with it by cutting more one-time and temporary spending than Newsom proposes, it said.

In November, the LAO projected a General Fund revenue shortfall of $25 billion in 2023-24; using updated revenue estimates, Newsom last week projected a $22 billion deficit for the General Fund. Both estimates could be off by the end of the year, but with a risk of a recession lurking, the Legislature should proceed cautiously, the LAO indicated.

Newsom also forecast that funding would be $1.5 billion less in 2023-24 than is currently funded for Proposition 98, the formula that allocates 39% of the General Fund for TK-12 and community colleges. However, a declining enrollment statewide and expiring  one-time spending will free up enough to cover an 8.13% cost of living increase and build in $900 million in new spending. This would include another $250 million for literacy coaches in in the highest poverty schools, plus $300 million to address the needs of the lowest performing students in many of those schools.

To make the budget balance, Newsom would take back $1.2 billion, about a third, of the arts and instructional materials discretionary block grant that was passed in the 2022-23 budget and to withhold $500 million for transitional kindergarten facilities, which could slow universal TK’s implementation.

The LAO recommends that the Legislature consider the possibility of  rescinding more one-time education spending approved last year, in the event further cuts are needed when the 2023-24 state budget is revised in May.