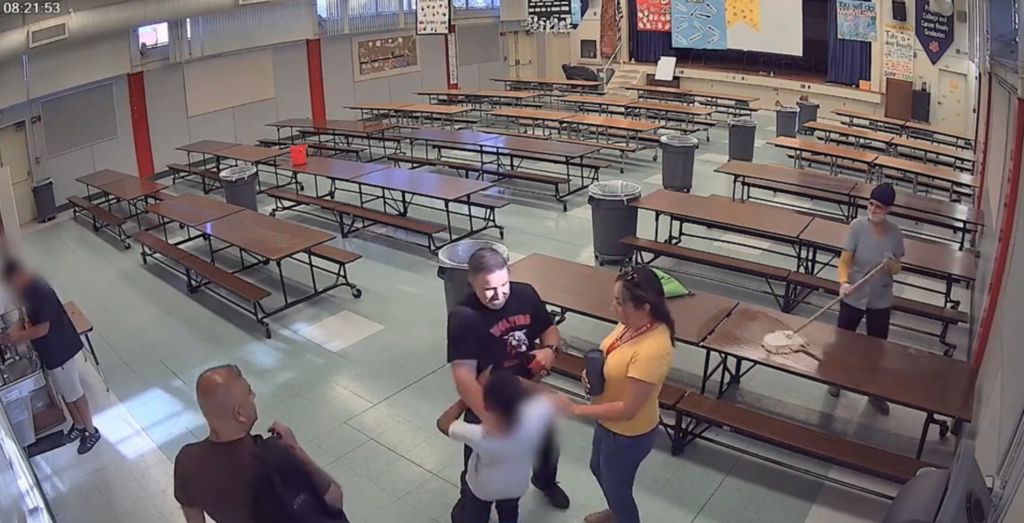 The former principal of a Fresno elementary school who has been accused of willful cruelty to a child has been placed on administrative leave from his new job, The Fresno Bee reported.

Brian Vollhardt resigned from Wolters Elementary School after shoving a special needs child on June 7, according to police and school officials, who released video showing the incident.

Vollhardt was then hired as a vice principal at Tranquillity High School in the Golden Plains Unified School District on the west side of the Central Valley. It is believed the district did not call for a reference check from Fresno Unified before hiring him, Fresno Unified Superintendent Bob Nelson told reporters during a news conference Thursday.

Golden Plains officials said they were not aware of the incident at Wolters Elementary. According to The Bee, a personnel complaint alleges Vollhart and the boy had been in another altercation 11 days before the one caught on video, where Vollhardt blocked the boy from leaving class, forcing him to the ground and putting his knee to his back for between two and four minutes. That incident is still under investigation, school officials said.

Vollhardt’s Level II Education Specialist Instruction Credential, which allows him to provide services to children with autism, was still valid as of Thursday.