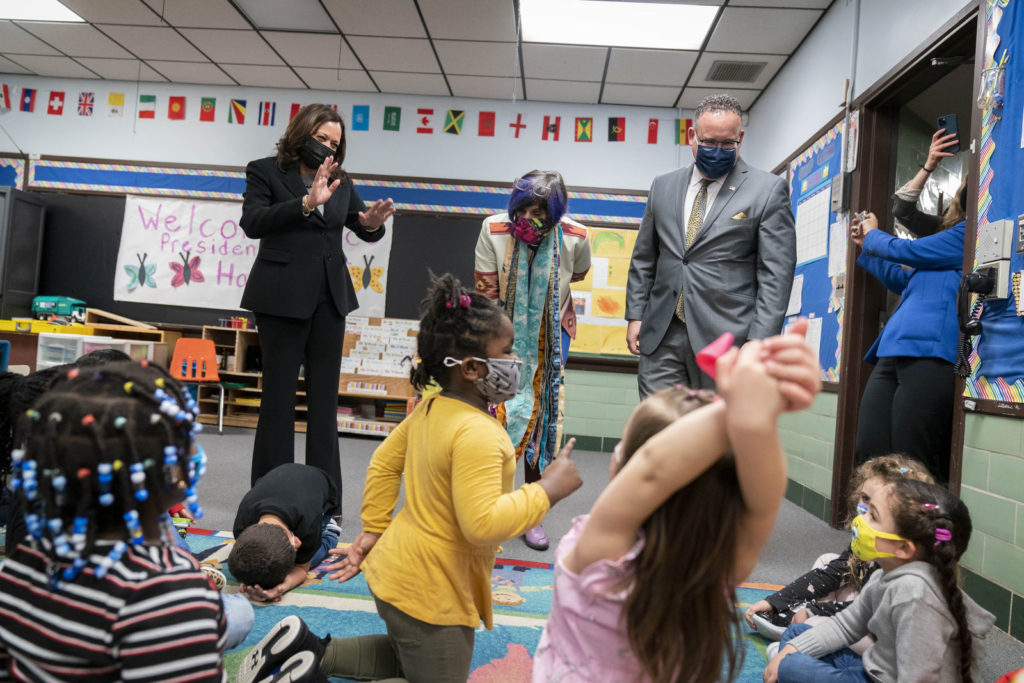 Amid ongoing haggling over President Joe Biden’s $2 trillion Build Back Better Act, House Speaker Nancy Pelosi on Tuesday kicked off a rally of parents, child care providers and advocates from across the country to push for the passage of the bill, which they say will bolster a system in crisis and change the lives of American families with young children.

“Build Back Better is about schools and health and so much else, but it all comes down to the children. And in San Francisco, we have a saying: children learning, parents earning. That’s a good formula for our families,” said Pelosi at the rally, which was held simultaneously at the National Mall in Washington and California’s Nixon Library, and also streamed online via Zoom.

The event, which featured video of children singing John Lennon’s “Imagine” as well as a recitation of Maya Angelou’s poem “Still I Rise,” was organized by the Child Care for Every Family Network, the National Women’s Law Center, Parent Voices and dozens of other advocacy organizations.

The groundbreaking initiative, which would transform the early childhood education space with a roughly $400 billion investment in universal preschool and affordable child care, is facing a tough road in the Senate after narrowly passing in the House. Moderate Democrats, aligning with Republicans on this issue over deficit concerns, threaten to derail the long-awaited overhaul of the child care industry.

While many admit child care is the backbone of our economy, many child care providers, a workforce dominated by women of color, are underpaid and overworked even as parents struggle to afford the steep cost of care.

“The free market works well in many different sectors, but child care is not one of them,” said Treasury Secretary Janet Yellen in her remarks about a report on the grim state of child care. “Those who provide child care aren’t paid well, and many who need it can’t afford it.”

Child care workers have long been among the lowest-paid workers in the country. Almost 98% of occupations pay more, according to data from the Center for the Study of Child Care Employment at the University of California Berkeley. The Biden plan calls for capping family fees and increasing pay for child care staff.