There is a growing consensus that California’s current school funding is not sufficient to provide an equitable, high-quality education to all of the state’s more than 6 million students, more than 60 percent of whom live in poverty, are learning English as a second language or have other special needs.

Find detailed 2017-18 revenue and expenditure data for every school district and county office of education in the financial reports section on the Ed–Data website. To get to the financial data, navigate to the district you want to view and then click the Financial Data tab.

On Ed-Data you can also compare school districts on a variety of data elements including revenues and expenditures, staffing and teacher salary, student demographics and performance on state tests.

But researchers estimate school funding would need to increase by nearly a third to fill this deficit and — despite widespread agreement that more funds are needed — passing policies to increase funding adequacy remains challenging.

How can California find the resources to increase school funding to a level that could meet the needs of its diverse student population? And how can the money be best spent to reduce achievement gaps and increase opportunities for all the state’s students?

EdSource’s Louis Freedberg and Ryan Smith of the Partnership for Los Angeles Schools, along with a panel of experts on school funding and equity discuss what it would take to get to a fair and adequate level of funding for all schools.

The webinar, part of an ongoing series of deeper dives into the Getting Down to Facts research released earlier this year, is co-sponsored by Policy Analysis for California Education (PACE).

Louis Freedberg joined EdSource as executive director in July 2011. For more than two decades, Freedberg has analyzed and reported on local, state, and national education policy issues. Before coming to EdSource, Freedberg was the founding director and senior education reporter at California Watch, a pioneering nonprofit journalism venture. 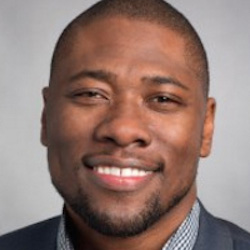 Co-moderator; Chief External Officer, Partnership for Los Angeles Schools, and co-chair of the Closing the Achievement Gap Initiative for the California Department of Education

Prior to joining Partnership for Los Angeles Schools, Ryan Smith was the Executive Director of the Education Trust-West and Vice President of Strategic Advocacy for the Education Trust, an education civil rights organization dedicated to closing opportunity gaps.

At The Education Trust-West, he worked on producing actionable, accessible research and advocacy tools that reached state policymakers and on-the-ground community advocates and education leaders alike. He also led the team’s development and production of Black Minds Matter: Supporting the Educational Success of Black Students in California, and The Majority Report: Supporting the Educational Success of Latino Students in California. Before Ed Trust, he served as the Director of Education Programs and Policy for the United Way of Greater Los Angeles, where he was responsible for education program and policy efforts for the organization.

Ryan launched the Partnership for Los Angeles Schools Family and Community Engagement Team and founded the Parent College Program, he returned as their Chief External Officer. In this role, he’s responsible for strategic and operational oversight of the Partnership’s development, communications, policy and advocacy, and family and community engagement initiatives.

He has a Bachelor of Arts degree in Political Science from UCLA, and is also pursuing a Doctorate of Education (EdD) from UCLA. He served as an Annie E. Casey Children and Family Fellow and a Coro Fellow in Public Affairs. In his spare time, Ryan enjoys museums, traveling, volunteering, and overall angelic trouble-making. 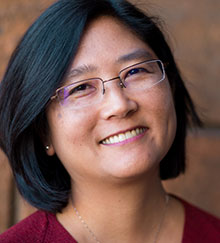 Professor of economics, director of San Diego State University's Center for Teaching & Learning and author of a report on funding adequacy for the Getting Down to Facts II research project

She is currently serving as the Director of the SDSU Center for Teaching and Learning, working with faculty across the university to improve their pedagogy. She has worked on several projects to train middle and high school teachers in using economics to teach Common Core skills, and she created an Economics for Teachers course for SDSU undergrads working toward their single-subject teaching credential in social science. This dovetails with her research on the economics of K-12 education, including work on school finance reform, adequacy and teacher labor markets.

She has published several articles on education policy in a range of professional journals, books and policy outlets, and provided analysis for multiple court cases related to educational adequacy. She is a member of the American Economic Association, and has served on the Board of Directors of the Association of Education Finance and Policy, the AEA’s Committee on the Status of Women in the Economics Profession, and the AEA’s Committee on Economic Education. 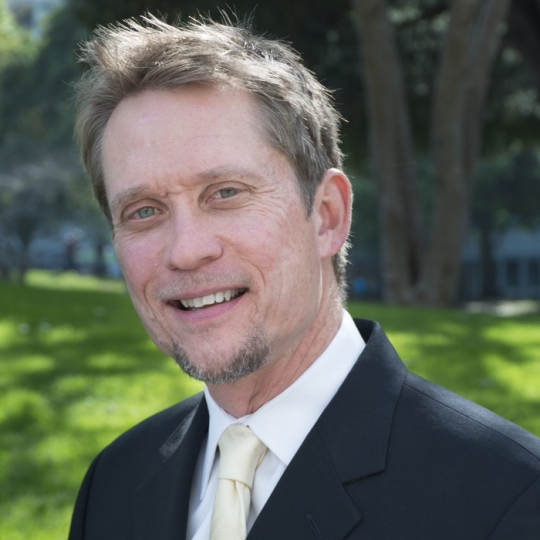 John Affeldt is a managing attorney at Public Advocates in San Francisco, where he focuses on educational equity issues through litigation, policy advocacy and partnerships with grassroots organizations. John has served as a lead counsel on major ground-breaking lawsuits filed by Public Advocates including Williams v. California,  Community Coalition v. LAUSD, and  Campaign for Quality Education v. California.

John also brought the only lawsuits in the country to enforce the teacher quality provisions of the federal No Child Left Behind Act, which required states and districts to provide fully credentialed teachers in equal measure to low-income students and students of color. These actions led to California strengthening its definition of the “highly qualified” teacher all students are owed; a state court voiding the improper labeling of some 4,000 provisionally-certified teachers as “highly qualified”; and a Ninth Circuit, U.S. Court of Appeals ruling striking down a federal regulation that unlawfully labeled teachers still in training across the nation as “highly qualified.” In Association of Mexican-American Educators v. California, John won a precedent-setting en banc decision from the Ninth Circuit establishing that discriminatory teacher tests must be job-related, a result that forced California to reform its certification exam to the benefit of 50,000 test-takers annually.

John has worked on numerous school finance, teacher quality, equitable opportunity and accountability policies in Sacramento. As part of this work, in 2006 John co-drafted a state law that now requires all schools to report publicly their actual per-pupil expenditures by school site, the first such law in the country. In 2013 and 2014, John helped to shape several key provisions of California’s new school funding law known as the Local Control Funding Formula (LCFF). These new laws require schools to provide increased or improved services for high need students in proportion to the billions of dollars of additional funds generated by such students, establish parental involvement as a new state priority, and require new levels of community engagement and transparency in school planning and budgeting statewide.

John is a founding member of the Campaign for Quality Education, Parents and Students for Great Schools, and the LCFF Equity Coalition, which are grassroots, community-based and advocacy coalitions that have worked on statewide policy advocacy campaigns to improve educational opportunities for low-income students of color and to build power in low-income communities.

Before coming to Public Advocates, John clerked for the Hon. William M. Hoeveler in Federal District Court in Miami, assisting with the trial of Manuel Noriega. Prior to law school, John spent three years living and working as a volunteer in Indonesia with VIA. 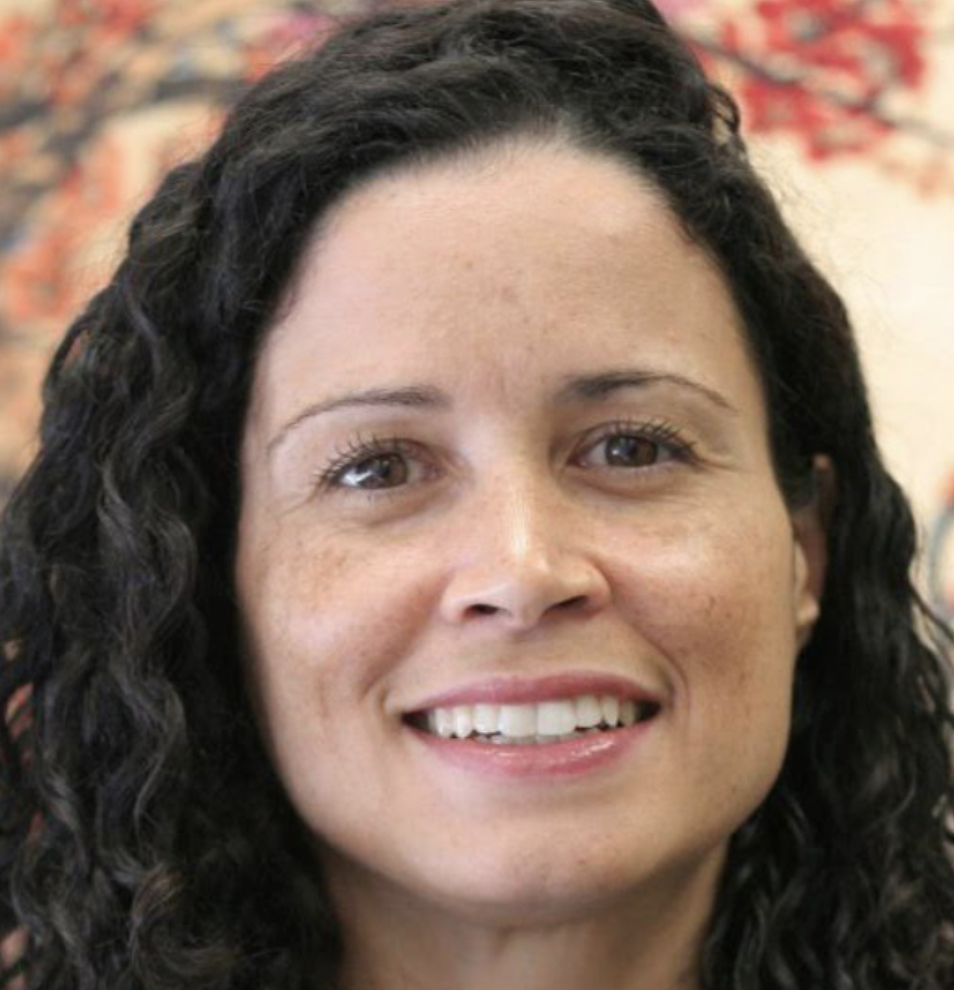 As the Vice President for Policy and Strategy, Pattillo Brownson is responsible for strengthening First 5 LA’s profile and influence on local and statewide early childhood education public policy, legislative and advocacy efforts. In addition to oversight of First 5 LA’s relationships with local, county, state and federal policy makers, Pattillo Brownson also ensures First 5 LA’s external strategic partnerships, public policy and government affairs, and communications and marketing efforts are integrated to maximize impact for the highest number of children and families in L.A. County.

Pattillo Brownson previously served as the Managing Director of Policy and Advocacy at the Advancement Project, a civil rights organization engaged in policy and systems change to foster upward mobility in communities most impacted by economic and racial injustice. In this capacity, she led the Advancement Project’s policy and advocacy staff across Sacramento, Los Angeles and the Bay Area and provided strategic direction to their work on early education, school funding, and school facilities, public budgeting transparency, governmental relations, and state and local campaign advocacy.

Prior to joining the Advancement Project, Kim was an education attorney at the American Civil Liberties Union of Southern California, where she focused on educational equity issues in California schools. Previously, she worked in private sector litigation at Skadden, Arps, Slate, Meagher & Flom. Kim began her legal career as a law clerk to the Honorable Dolores Sloviter on the Third Circuit Court of Appeal, and the Honorable Louis H. Pollak in the Eastern District of Pennsylvania. Prior to law school, Kim worked at the Boston Consulting Group, where she provided financial and strategic planning services to Fortune 500 companies. 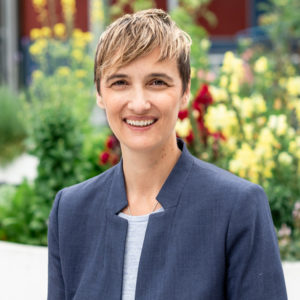 Joan Sullivan is CEO of the Partnership for Los Angeles Schools, one of the largest in-district school transformation organizations in the nation. The Partnership manages 18 historically under-resourced Los Angeles Unified School District (LA Unified) schools serving 14,000 students in Watts, Boyle Heights and South LA. Over the past 10 years, the Partnership has implemented scalable solutions that continue to accelerate student achievement and promote more equitable policies within its network of schools as well as across the larger district and beyond.

Sullivan previously served as Deputy Mayor of Education for the City of Los Angeles, where she worked closely with the LA Unified superintendent and school board to support the nation’s second largest school district. Sullivan arrived in Los Angeles after spending more than a decade in the South Bronx as the founding principal of a high-poverty, high-performing public secondary school and as a high school social studies teacher.

Before entering the classroom, Sullivan worked on U.S. Senator Bill Bradley’s 2000 presidential campaign, documenting her experiences in a memoir entitled An American Voter, published in 2002. She began her career working for the Civilian Complaint Review Board, a New York City agency charged with investigating police misconduct.

Sullivan holds a M.S. in School Leadership and graduated with a B.A. in American Studies from Yale College, where she earned All-American honors in lacrosse. Sullivan has three daughters and is a proud LA Unified parent.

This webinar started on May 21, 2019 at 3:00 pm. Once the stream concludes, it will be archived on this page. Check below or on the roundtables page for other EdSource streaming events.