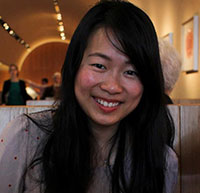 Tiffany is the former Social Media Specialist at EdSource.org. Previously she was at Scholastic working for the high school classroom magazine, The New York Times Upfront, where she reported on a feature covering fast fashion and the Bangladesh factory collapse. She received her masters at Columbia Journalism School, and wrote her honors thesis on PBS children’s programming using advanced technology to adapt to the 21st century. While studying English and film at UC Davis, she worked at Henley Media Group in London, helping promote the U.K.’s National Family Week. She was also a columnist at The California Aggie. Tiffany is a Los Angeles area native.

All articles by Tiffany Lew

Gov. Jerry Brown recently signed a law that will make sexual education mandatory for students in grades 7 through 12. Here’s what led up to the law and how it’s being implemented in the classroom.

LIVE BLOG: Less than half of test-takers meet standards on new tests

From the Common Core to the Vergara lawsuit, here are the 10 most popular EdSource posts from the year based on how often they were shared via Twitter, Facebook, and email.

Are you a California teacher? Want to help shape EdSource? Please take our 3-minute survey.