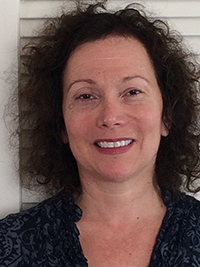 All articles by Laurie Udesky

Third-graders will be expected to type on a keyboard to complete the Smarter Balanced assessments this spring, and typing classes are helping them prepare.

The Smarter Balanced Assessment Consortium has finally released the "interim assessments" schools can use to gauge how well their students are doing in math and English language arts instruction aligned with the Common Core standards.

Teachers are reaching out to build support among bewildered parents for the Common Core standards being implemented in thousands of California classrooms.

Under the Common Core State Standards, math teachers whose students have varying levels of English comprehension are using innovative ways to teach them math, the vocabulary of math and to discuss how they came up with their answers.

A new social justice history class at Palo Alto High School spans history and English Language Arts to fulfill one of several requirements of the new Common Core State Standards. The three-year course emphasizes the use of primary sources, such as government documents.

More than half of California voters say they know nothing or very little about the state’s new Common Core standards for English language arts and math, according to a new report by the Policy Analysis for California Education/USC Rossier School of Education.

California officials have identified many schools that will have difficulty offering online statewide tests scheduled in the spring unless their Internet capacity is improved. State technology experts winnowed down the initial list of eligible schools from more than 600 to 304.