Some campuses could see budget cuts

Interim Chancellor Jolene Koester first warned last year that enrollment projections were down across the 23 campus system. She now concludes that those drops are real and can undermine Cal State operations.

“Our enrollment projections are unprecedented and deeply concerning,” Koester said, during the CSU board of trustees meeting Tuesday.

The system is continuing to project that it will be 7% below its state-funded target of 383,680 for resident students during the 2022-23 academic year — that’s more than 25,000 full-time equivalent students. The decreases are due to the effects of the pandemic and long-term declining birth rates.

“Should this enrollment decline become sustained it will present a fundamental and significant threat to our missions, to the fundamental viability of our universities and the future of the communities that we serve,” Koester said.

Despite the decrease in enrollment, Gov. Gavin Newsom’s January budget included a general fund increase of $227 million — a 5% increase — to the CSU system. That increase is tied to a multiyear compact made between the state and the university system that expects increasing enrollment.

The CSU system’s enrollment initially began to decline in 2019 before increasing to its highest level ever in 2020. By 2021, 17 of 23 campuses saw declines. Steve Relyea, an executive vice chancellor for the system, said the declines are similar to what is happening to four-year universities nationally.

In 2020, the CSU system bucked national in declining enrollment, indicating that that year may have been an outlier.

In May 2022, the National Student Clearinghouse Research Center reported undergraduate student enrollment had fallen by more than 1.4 million students or 9.4% since the start of the Covid-19 pandemic. However, the center pointed out that the drop was part of a decadelong decline in national enrollment, Relyea said. 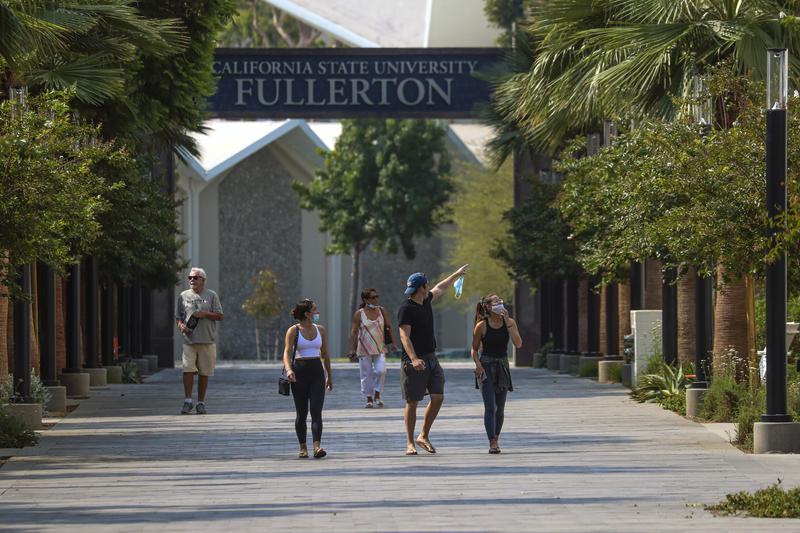 The declines across CSU can be attributed to several factors. For example, the number of students transferring to the system from the state’s community colleges is down. This year, the system enrolled about 46,300 transfer students — the lowest number in seven years. But Relyea said the majority of the decline is due to changes in continuing students and retention, with students taking fewer courses.

And not all campuses have seen declines or as large of declines as others in the system. Seven universities are more than 10% below their state-funded enrollment target, including: CSU Channel Islands, Chico State, CSU East Bay, CSU Maritime, Cal Poly Humboldt, San Francisco State and Sonoma State.

In response, each university was assigned an enrollment liaison officer by the chancellor’s office to help the campuses strategically plan ways and methods to increase enrollment. The campuses will also face decreases in funding. The system announced that it would reallocate funding increases only to those universities that meet or exceed their enrollment targets. 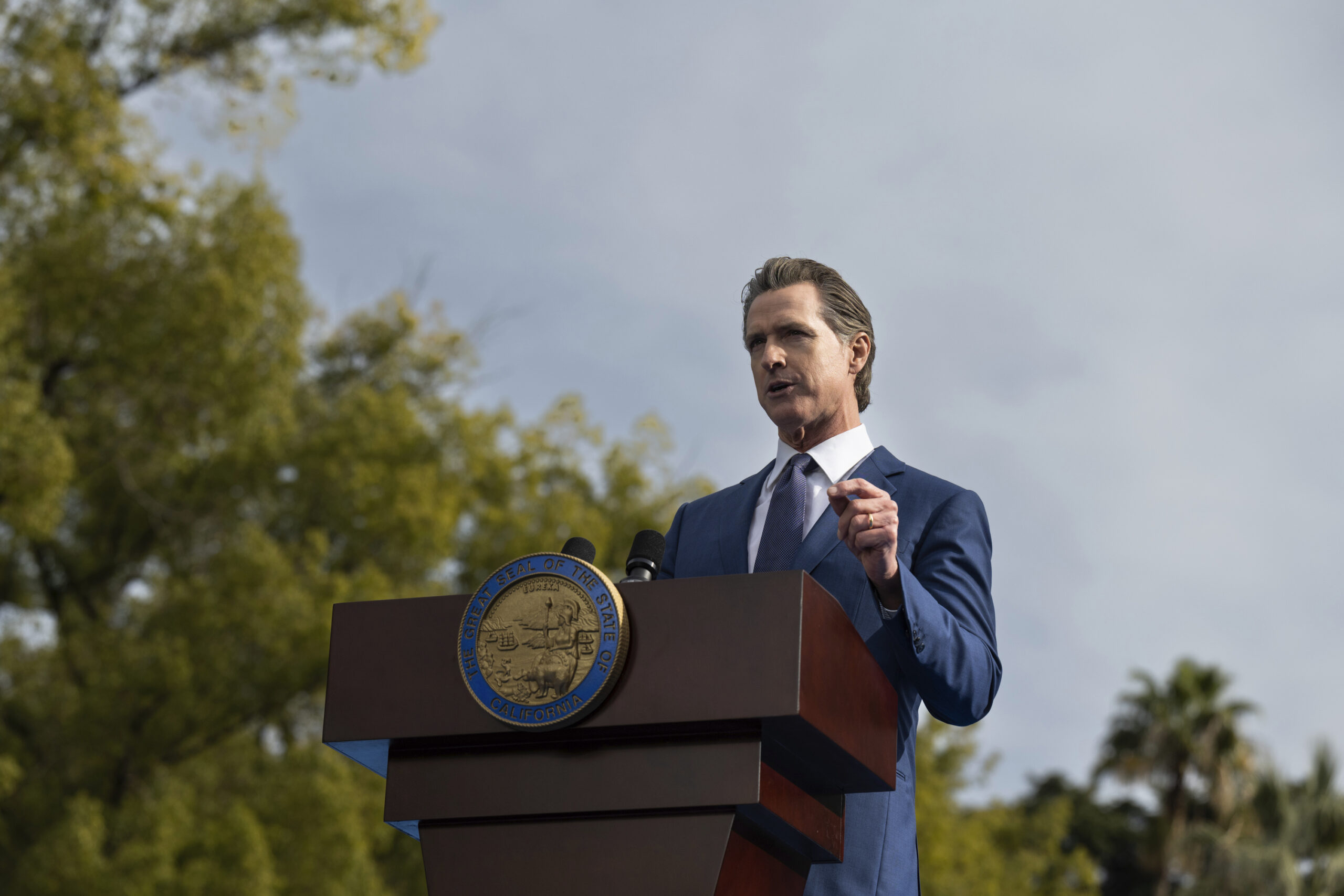 If those seven campuses are still down in enrollment by 2024-25, they would see a 5% cut in funding that would then be distributed to the other campuses.

Relyea said the system is giving those seven campuses time to work with the chancellor’s office to put programs in place to engage students and prevent a significant shift in funding.

CSU is also launching a dual admission program later this spring to boost transfer enrollment. The program will model one offered between CSU Long Beach and Long Beach City College that allows students to enroll at both institutions simultaneously if they’re interested in pursuing a transfer path.

“While this is not a unique experience among colleges and universities nationwide, an enrollment decline of this magnitude and under these circumstances requires coordinated university-level responses,” Relyea said, adding that the changes would help push campuses to boost enrollment.

Trustee Julia Lopez said the trends in high schools across the state show enrollment will continue to decline, which means more campuses than the seven that have seen decreases will be affected.

“All the high school enrollment trends are going down,” she said, adding that the problem isn’t relegated to specific parts of the state.  “We have changing demographics, and that’s real, and it’s going to hit everyone.”