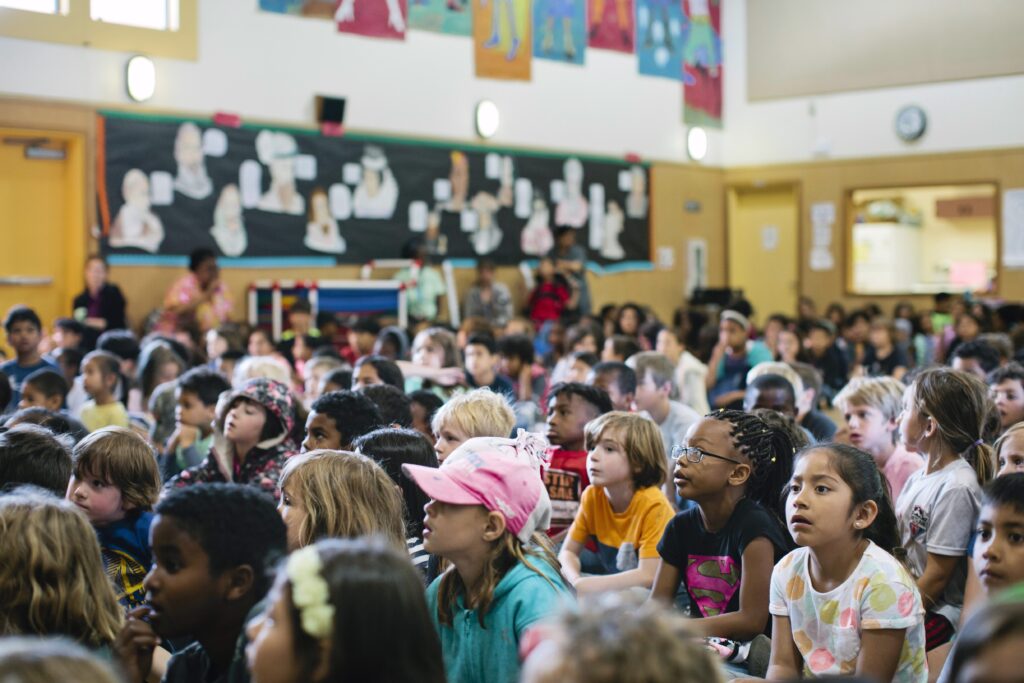 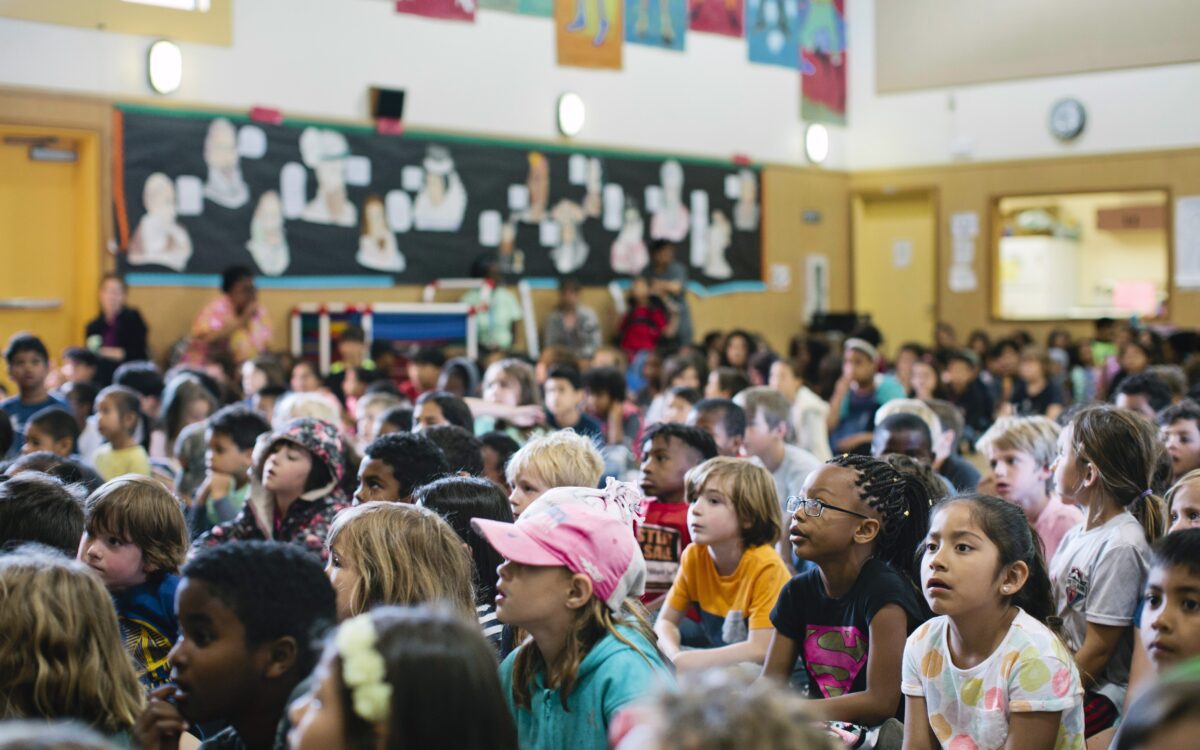 Alison Yin/EdSource
Test scores varied across California, but on the whole, smaller districts that stayed open during Covid fared better on the 2022 Smarter Balanced assessments.

Alison Yin/EdSource
Test scores varied across California, but on the whole, smaller districts that stayed open during Covid fared better on the 2022 Smarter Balanced assessments.

Monday’s Smarter Balanced results showed widespread declines in reading and math scores, but a closer look at individual districts shows a more nuanced – and even hopeful – picture of student progress during the pandemic.

Mountain Valley Unified, a diverse, predominantly low-income K-12 district in the remote mountains of Trinity County, had some of the state’s largest increases: 13 points in reading and 17 points in math, with overall results far above the state average.

All three of these districts reopened for in-person instruction in fall 2020, while most other districts around the state remained closed due to the local spread of Covid.

Because these districts are small and relatively remote, reopening was easier than it was for larger districts. Covid rates were low, and staff had an easier time connecting with families. And because enrollments are low, small improvements — or declines — can lead to big changes in overall percentages and outcomes. 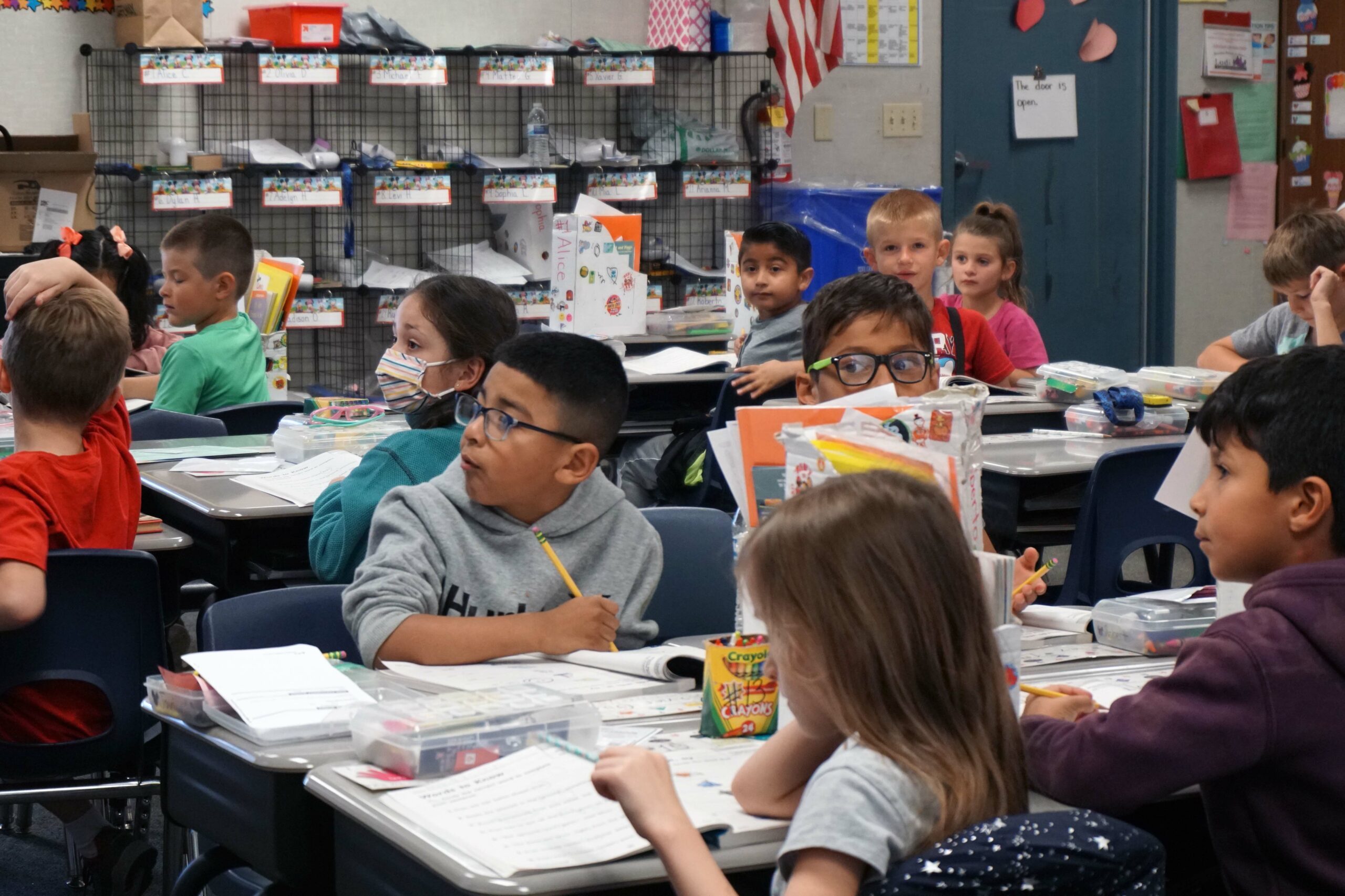 Hope Elementary in Porterville is another success story. The diverse, predominantly low-income K-8 district in rural Tulare County had one of the state’s highest jumps in reading scores: nearly 16 points.

The school, with about 230 students, was open for in-person instruction for most of 2020-21, but that was only one reason for students’ progress with literacy, Superintendent Melanie Matta said.

“Our scores used to be dismal. But a few years ago, we really started looking hard at what we needed to do to improve,” she said. “We asked ourselves, what does good reading instruction look like? Math instruction? When our kids leave here, what do we want them to be able to do?”

The school switched to a more phonics-based reading curriculum and started testing students regularly to gauge their progress, sharing scores with parents and students themselves. Teachers focused intently on students’ writing skills, so “kids knew that everything they write starts with a capital letter and ends with a punctuation mark, or otherwise you’re going to rewrite it,” Matta said.

But not all small districts thrived during the pandemic. Some actually showed steep drops in test scores, suggesting that staying open for in-person instruction is only part of the equation. Anderson Valley Unified in Mendocino County, for example, which reopened in fall 2020, saw reading scores fall almost 20 points.

Math scores dropped 13 points; only 16% of the district’s 440 students met or exceeded the state math standards. Because the district has low enrollment, the actual number of students whose scores declined is relatively low, even though the percentage is significant.

But overall, small districts that stayed open — roughly three-fourths of them — performed well on the state assessments.

“For hundreds of schools, the pandemic was nothing compared to the disruptions from wildfires. And some were dealing with both at the same time,” Taylor said. “But in spite of that, these school leaders said, ‘OK, we’re going to focus on reading and math. We’re not going to slow down; we’re going to kick some ass.’ ”

On the whole, larger districts fared worse on the exams. Fresno Unified, one of the state’s largest, saw scores drop 6 points in reading and 9 points in math. Only 7% of the district’s more than 72,000 students exceeded the state standard in math.

To look up a school or district’s performance on the California Assessment of Student Performance and Progress, or CAASPP, go to EdSource’s site where you can see scores and graphics showing statewide trends. Student scores are categorized in four achievement levels that indicate whether a student has exceeded, met, nearly met, or did not meet the standards, in grades 3-8 and 11.

District leaders were not surprised by the scores. They had known for months that students were struggling after returning to school last year, and had taken steps to help students catch up. The district hired 77 academic coaches for elementary schools, brought in more counselors and psychologists at every school site and hired more administrators, said Ed Gomes, the district’s instructional superintendent for elementary schools.

“These drops in ELA and math are not only statewide but nationwide. We knew this was going to be a concern last year, so we put together supports for every site this year,” he said.

San Diego Unified also saw scores drop: nearly 4 points in reading and more than 7 in math. The steepest drop in English language arts was among sixth graders, and in math, it was was among fifth graders. Like Fresno, the district had already taken steps to help students improve, including hiring 31 teachers to work in small groups with students who are struggling, and expanding summer school from 2,000 students to 20,000.

“I don’t think we’ve done anything differently in response to seeing the scores,” district trustee Richard Barrera said. “I think what we’ve focused on, certainly last year and this year, (is) a set of strategies that we’ve felt have been consistently successful in accelerating student learning.”

Gridley Unified, south of Chico in Butte County, is a midsize district that stayed open for most of the pandemic. Math scores dipped 2 points, falling below the state average, but reading scores soared: up 6 points, with more than 50% of students meeting or exceeding the state standards and far outpacing their peers statewide. Among 11th graders, 67% met or exceeded the literacy standards.

Superintendent Justin Kern said he wants to see the scores improve even more, and he’s confident that students in the rural K-12 district, where 75% are low-income, can do it. He credits his staff with pushing students to work hard during the pandemic and ensuring they could focus on school.

“Staff have done an excellent job of putting students first and focusing on standards versus subjectivities,” Kern said. “(It helped that) our doors were open when most were shuttered. Aside from the obvious educational benefit to our students, this also maintained social connections during a time when that was not afforded to most. This had an observable positive impact for our students and community.”