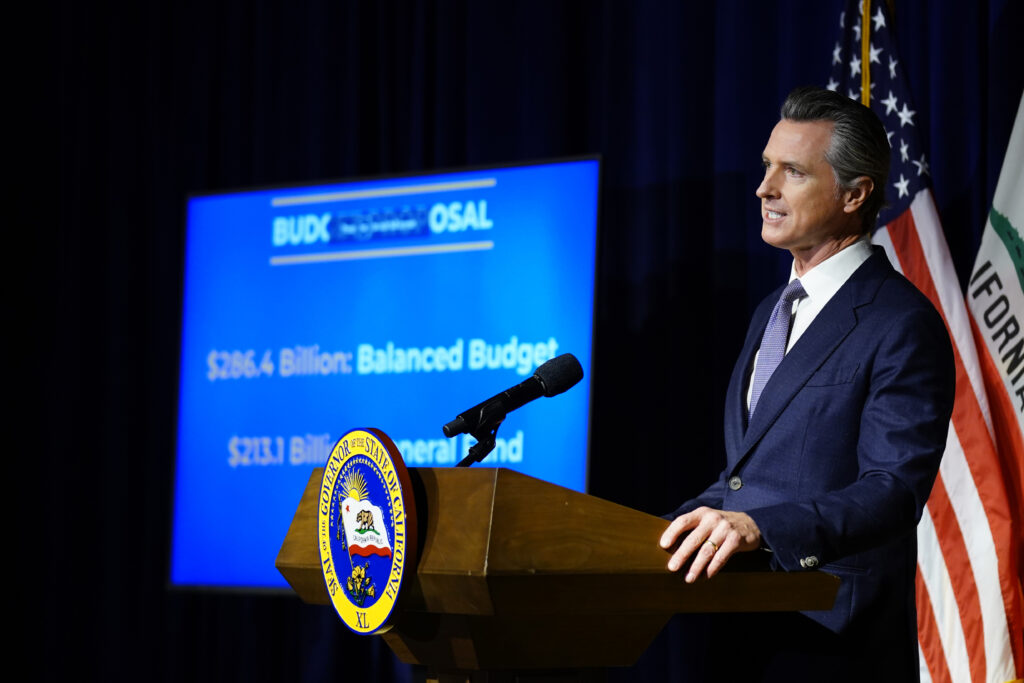 CSU, UC would get five years of budget increases if they meet governor's expectations. 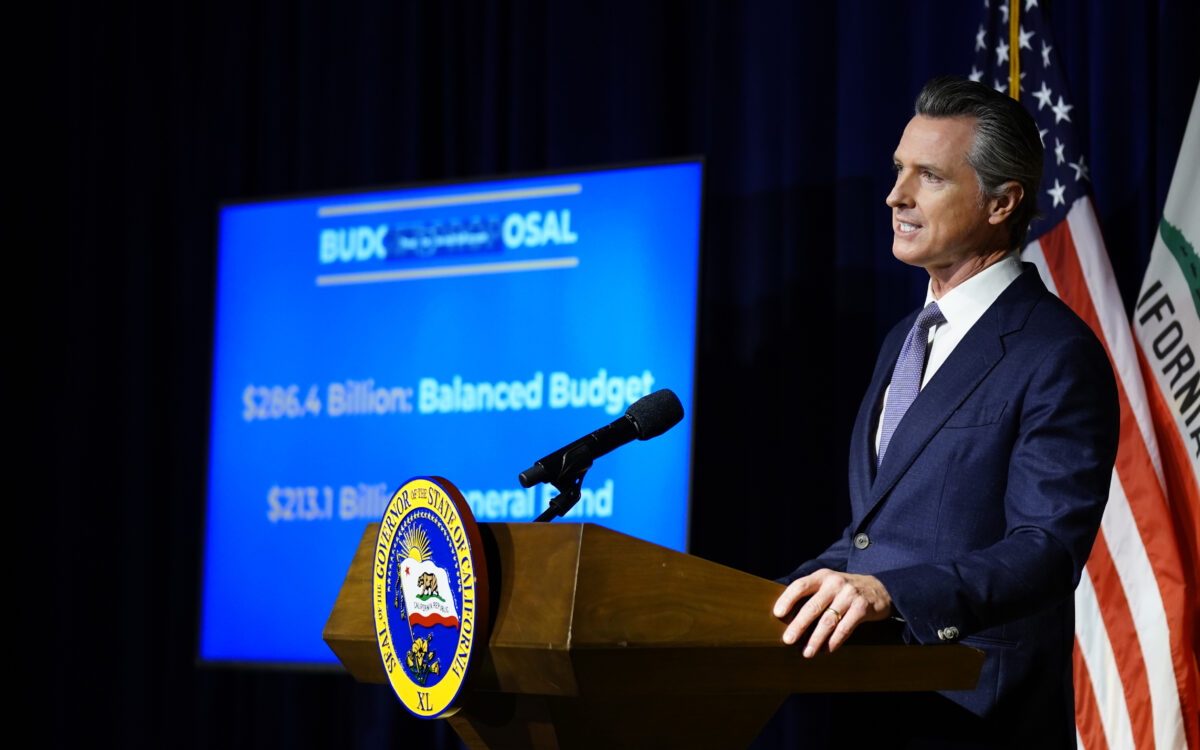 The centerpiece to Gov. Gavin Newsom’s higher education budget proposal is coming under scrutiny ahead of negotiations with lawmakers this spring.

In his January budget proposal, the first step in the state’s annual budget process, Newsom revealed a new blueprint for funding California’s two public university systems over the next five years. Under what the governor dubbed “multiyear compacts,” California State University and University of California would receive annual increases of 5% to their base funding through 2026-27, with the expectation that the two systems, in exchange, will work toward goals such as improving graduation rates and making college more affordable.

The 5% increases would amount to more than $200 million in additional funds for each system annually.

But already, the proposal is facing criticism. In a scathing report, the Legislative Analyst’s Office, a nonpartisan office that gives fiscal and policy advice to the state Legislature, said Newsom undermined the Legislature’s authority by negotiating the deals directly with the university systems.

The LAO levied additional criticisms, saying in the report that the governor’s list of expectations for the systems “has odd inconsistencies across the segments, is missing key cost estimates, and lacks enforcement mechanisms.” The LAO also cautioned that previous governors have tried to implement compacts but that those compacts haven’t typically gone as planned because economic conditions changed.

For their part, UC and CSU leaders have praised the deal, saying the agreements would provide them with much-needed predictability when it comes to state funding.

H.D. Palmer, a spokesman for Newsom’s Department of Finance, said in an interview that the Legislature will get its say as part of the standard budget deliberations this spring and added that the compact’s details are still being honed. He said there will be more clarity in May when Newsom proposes a revised budget.

Palmer added that the agreements will be mutually beneficial for the university systems and the state because it offers predictability to the systems while also giving them incentives to make it easier for students to access college and prepare those students for the workforce.

“So we think it makes a whole lot of sense to take this multiyear approach. And at the end of the day, if the Legislature disagrees with it or wants to make changes, that is certainly within their right to do so as we go through the budget process,” he said.

In the LAO’s view, the compact proposed by Newsom has “the fundamental problem of sidestepping the legislative branch of government” by not including the Legislature in the initial negotiations with the systems, an approach that the LAO called “troubling” in its report.

While Newsom and his staff routinely work with the state’s college systems in preparing his budget, the LAO says they went too far this time by promising funding increases over several years. That sort of commitment should belong to the Legislature, which has the authority to appropriate dollars to the systems, and not the governor, said Jennifer Pacella, the LAO’s deputy higher education analyst.

Pacella also noted that the governor’s budget summary calls the compacts “agreements with the state” even though the Legislature hasn’t yet had a chance to weigh in. A better approach, Pacella said, would have been for the governor to approach the Legislature, propose the 5% increases and then “craft funding expectations and conditions” collaboratively with the Legislature and the systems.

“We are concerned about the governor unilaterally going to the presidents of the systems and making agreements about how much money he’ll give them,” she added.

Palmer, though, said the Legislature is “in no way, shape or form being constrained by this process” and would get its chance to weigh in during upcoming budget negotiations.

Palmer noted there will be a number of committee hearings in both the Assembly and the Senate over the next few months to deliberate. After submitting his revised budget in May, Newsom will then enter a period of intense negotiations with lawmakers before the final budget is agreed to over the summer.

“Anything we propose regarding funding — either next year or over a multiyear period — by definition has to have the review and approval of the Legislature. So the Legislature is going to have an integral part in this discussion,” Palmer added.

At least one key lawmaker isn’t concerned by Newsom’s approach. Assemblyman Kevin McCarty, D-Sacramento, chair of the Assembly’s budget subcommittee on education finance, said he wouldn’t say that the Legislature has been sidestepped since it’s normal for Newsom to make his own proposals before the Legislature gets a chance to weigh in.

“It’s not a binding agreement,” McCarty said, though he added that he believes the Legislature supports the compact’s goals.

The promise of consistent funding increases is welcome news to CSU and UC. Unlike K-12 schools and community colleges, which are guaranteed a certain amount of funding each year through a state formula known as Proposition 98, there are no such guarantees for the university systems.

“Higher ed has to just kind of live by the annual budget cycle,” Ryan Storm, CSU’s assistant vice chancellor for budget, said in an interview. “To have the governor plant a flag and say he’s willing for the next five years, come good times or bad, to provide CSU with over 200 million of recurring new dollars every year, that’s fantastic for predictability.”

What’s unclear, though, is whether the annual budget increases of 5% will be sufficient for CSU and UC to meet the governor’s list of expectations. There are 22 goals for CSU and 18 for UC. There are also 15 goals for the state’s system of 116 community colleges, though funding is not tied to those goals.

For each system, the expectations are broken into several categories. There are goals around increasing the number of students who gain admission to both systems and their most competitive campuses, including the expectation that UC and CSU will increase enrollment of California residents.

Both UC and CSU will also be expected to work toward closing achievement gaps for underrepresented students, such as Black and Latino students, and low-income students receiving Pell Grants. There are also several goals around making college more affordable, as well as expectations for the systems to prepare more students for careers in areas including climate action and health care.

Some of those goals, like increasing enrollment, will cost money.

Pacella, the deputy analyst with the LAO, says it’s unclear how much it would cost for UC and CSU to accomplish the goals outlined in the compact and said the governor’s proposal ought to include cost estimates for each of the expectations. “It’s not clear that the governor really intends to do that because his intention seems to be, ‘We’ll give you the 5% increases. You make these things happen,’” Pacella said.

Storm, the CSU vice chancellor, said the 5% increases are “a good start” but added that the system will advocate for additional funding.

Also not yet determined is how the governor and lawmakers would make sure that CSU and UC accomplish the specific goals. Pacella said lawmakers may want to consider possible enforcement mechanisms, though she added those don’t necessarily need to be fiscal repercussions. For example, lawmakers could require system leaders to report their progress at informational hearings.

Newsom’s administration is still considering how it will hold the systems accountable and plans to include more details in the governor’s revised budget in May, said Department of Finance analyst Chris Ferguson.

Not the first compact

Newsom isn’t the first governor to attempt a multiyear compact with California’s universities. Arnold Schwarzenegger and Jerry Brown are among the former governors who had their own compacts, according to the LAO.

The LAO argues that the Legislature can learn from past compacts when considering Newsom’s proposal. The LAO report pointed out, for example, that as part of his 2009-10 budget, Schwarzenegger proposed eliminating his higher education compact funding as a solution to the fiscal crisis facing the state at the time.

“We caution the Legislature against putting too much stake in the Governor’s out year commitments to the universities. Former governors rarely have been able to sustain their compacts over time,” the LAO wrote in its report.

Newsom administration officials, however, maintain that the governor will remain committed to the promises outlined in his compact even if the state faces an economic downturn in the coming years.

“I think the fact that the governor has been willing to make this type of a multiyear, long-term commitment to the systems speaks to the sincerity and the premium that he has put on his investment in higher education,” Palmer said.