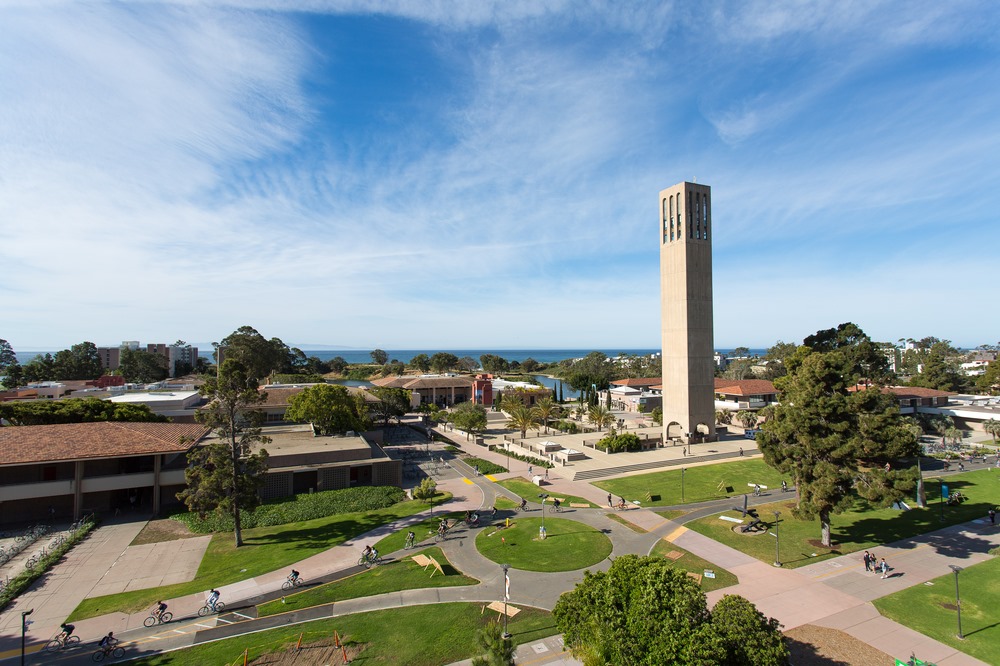 To fix what critics say is a confusing and discouraging system, the University of California is under pressure to create a new admissions guarantee program for community college transfer students.

Currently, six of UC’s nine undergraduate campuses have transfer admission guarantee programs, which smooth the path from a community college to UC if students take the right courses. But each campus has different course and grade requirements for those programs, and the guarantees are limited to certain majors. Three of UC’s most competitive campuses — Berkeley, Los Angeles and San Diego — don’t have any guaranteed admission programs at all.

The Campaign for College Opportunity, a college access group that has often sponsored major legislation related to transfers, says it’s time for a more streamlined and student-friendly process that would guarantee transfer students a spot in the UC system if they meet certain criteria.

It’s especially important, proponents say, because only a small fraction of students who intend to transfer are successful. And with enrollment down significantly at the community colleges in recent years, creating simpler paths to a four-year university could help keep students on track toward their degrees.

The calls also come as a new formal statewide committee, the Associate Degree for Transfer Intersegmental Implementation Committee, is expected to soon convene for its first meeting. Established by Assembly Bill 928, a bill signed last year by Gov. Gavin Newsom, the committee’s charge includes making recommendations by the end of next year to the Legislature for improving the transfer process.

“I don’t want to get ahead of the work of this important committee, but I do think the committee should have a serious conversation about establishing a UC systemwide guarantee, and I look forward to following that discussion,” said Berman, who is also chair of the state Assembly’s Select Committee on the Master Plan for Higher Education in California.

UC officials, though, so far are resisting making changes to their admissions guarantees. They maintain that the existing programs at six campuses function well because students can get a guaranteed spot somewhere in the system. Students are also encouraged to apply to the other three campuses without the guarantees and many do get accepted, they note. About 39,000 students applied to transfer last year, about a third through guarantee programs.

The discussion of a possible new guarantee follows the release of the final report by a task force convened by the UC president’s office and the community college system’s central chancellor’s office. The task force was launched in 2020 to make recommendations to strengthen the transfer pipeline.

The report says UC should increase the number of community college transfers, but it lacks many new ideas for how UC should accomplish that. Some recommendations, such as instituting common course number among community colleges and streamlining lower-division general education requirements, are changes already underway because of new laws.

A spokesperson for the Campaign for College Opportunity criticized the report for the “lack of action” in its suggestions and for not mentioning a systemwide guarantee.

Jessie Ryan, executive vice president of the campaign, said in an interview that such a guarantee could be modeled after the Associate Degree for Transfer program that offers community college students a guaranteed spot at California State University, the state’s other four-year university system. The main difference, Ryan said, would be a higher GPA threshold at UC. CSU has a minimum GPA requirement of 2.0 for transfers. UC’s current GPA requirement for regular non-guaranteed transfers is 2.4. The GPA thresholds for UC’s guarantee programs are typically higher, ranging from 2.7 to 3.5, depending on the campus and major.

“We know that systemwide guarantees work,” Ryan said. “Why not say we are going to honor the Associate Degree for Transfer at the UC, and that transfer guarantee will provide system admission with the requirement of a higher GPA?”

Marisol Cuellar-Mejia, a research fellow at the Public Policy Institute of California’s Higher Education Center, said community college students seeking to transfer face a difficult task early on. To guarantee a UC spot, they must quickly choose their major and desired campus. That can be confusing to potential transfers because the lists of required lower-division classes and those needed for majors vary significantly depending on the campus and program, she said.

That problem could be solved partly by AB 928, which requires CSU and UC to create a joint lower-division general education pathway that will satisfy admission requirements across both systems.

But the law doesn’t address the variation in the additional classes for preparation in various majors.

That’s an issue that has become evident to Bill Scroggins, president of Mt. San Antonio College in Los Angeles County. A student majoring in biology, for example, is required to take calculus to be admitted to UC Davis but not to get into UC Irvine. At the same time, Irvine does require organic chemistry while Davis does not.

To be eligible for transfer, students need to take either 60 semester-based units or 90 quarter-based units, including general education courses and classes specific to their major. But often, “students are taking extra courses to try to qualify for their major, depending on which institution they’re going to,” said Scroggins, who leads a campus that has a highly successful transfer rate.

Assemblymember Kevin McCarty, D-Sacramento, acknowledged in an interview that it’s “way too hard” for students to transfer successfully.

“It is too complicated,” said McCarty, who chairs the Assembly’s budget subcommittee on education finance. “It seems like we’ve been writing bills after bills.” The UC regents and CSU trustees keep working on this too, he added. “But it’s still not seamless. And so I think that there is a lingering frustration.”

UC officials say that a new initiative, called Pathways+, will help make the transfer process smoother. Similar to the community college system’s guided pathways programs, the Pathways+ program helps students map out the courses they need to best prepare for their major.

But while Pathways+ attempts to make the process clearer, students who participate in it are asked to complete one of the existing campus-level transfer admission guarantees programs.

The initiative was launched in 2019, and the first participants enrolled at UC just this past fall. UC “doesn’t have a lot of data yet” about the success of Pathways+, but the program “looks promising,” said Yvette Gullatt, UC’s vice president for graduate and undergraduate affairs. In fall 2021, 13,031 students applied to a UC campus with a transfer admission guarantee, up from 8,187 in 2017. About 99% of those students were accepted and 82% of them enrolled somewhere in the UC system.

Gullatt added that because the Pathways+ initiative requires students to complete a transfer admission guarantee, it essentially functions as a system guarantee. Another UC spokesman said it would be premature to consider any changes to it.

Hans Johnson, a senior fellow at PPIC’s Higher Education Center, called those transfer admission guarantee programs a step in the right direction, saying they provide clarity to students who know early in their college journey which campus and major to pursue. But he added that there are shortcomings.

“One limitation is students often have two or three colleges that they might be interested in,” he said. “It doesn’t really respond to the systemwide consistency that we’d like to see.”

One possible roadblock to a more streamlined and wider transfer admissions guarantee is that the Berkeley, UCLA and San Diego campuses are already overcrowded and in high demand among both freshman and transfer applicants.

The CSU system already has experienced that. Under CSU’s Associate Degree for Transfer program, community college transfers who don’t get into their preferred campus are redirected and admitted to another.

UC’s Gullatt said that having admissions guarantees at those three crowded campuses “wouldn’t necessarily be a service to students” because the admissions standards would be very high.

“Whether those campuses might see possibilities for a guarantee is always something we want to discuss with them. But students have a guarantee to the majority of UC undergraduate campuses, all of which are world-class campuses,” she added.

The issue could soon be taken up by the new Intersegmental Implementation Committee. Its first meeting this fall has yet to be scheduled, said Ryan, one of the 16 members. When it convenes, she said it will re-examine UC’s role in the Associate Degree for Transfer program “and how we can leverage this proven pathway to ensure a wider menu of guaranteed transfer options.”