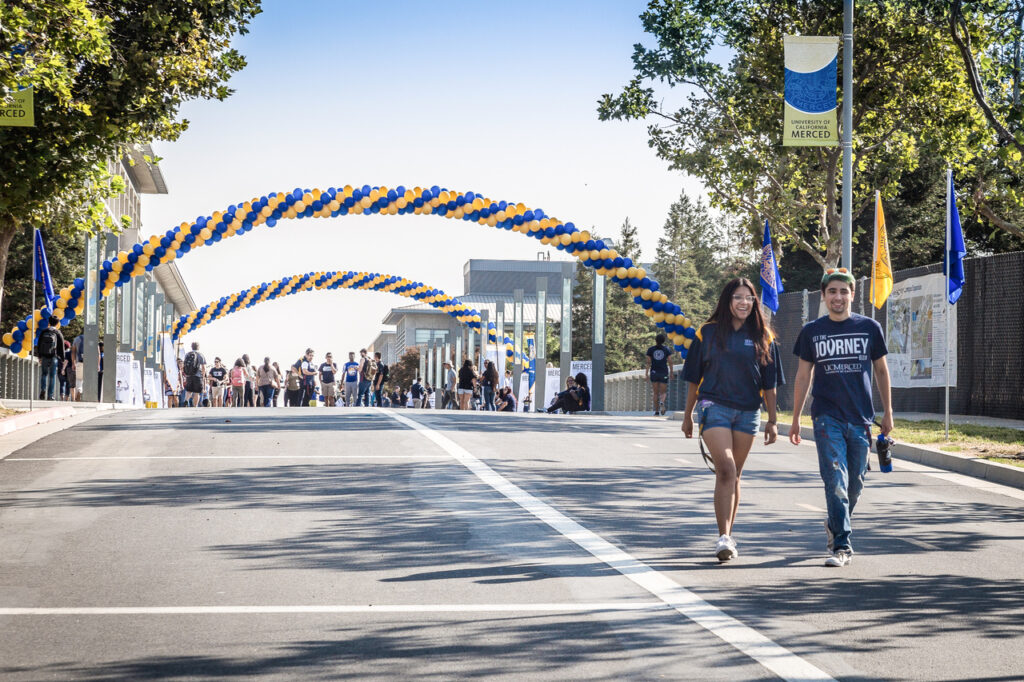 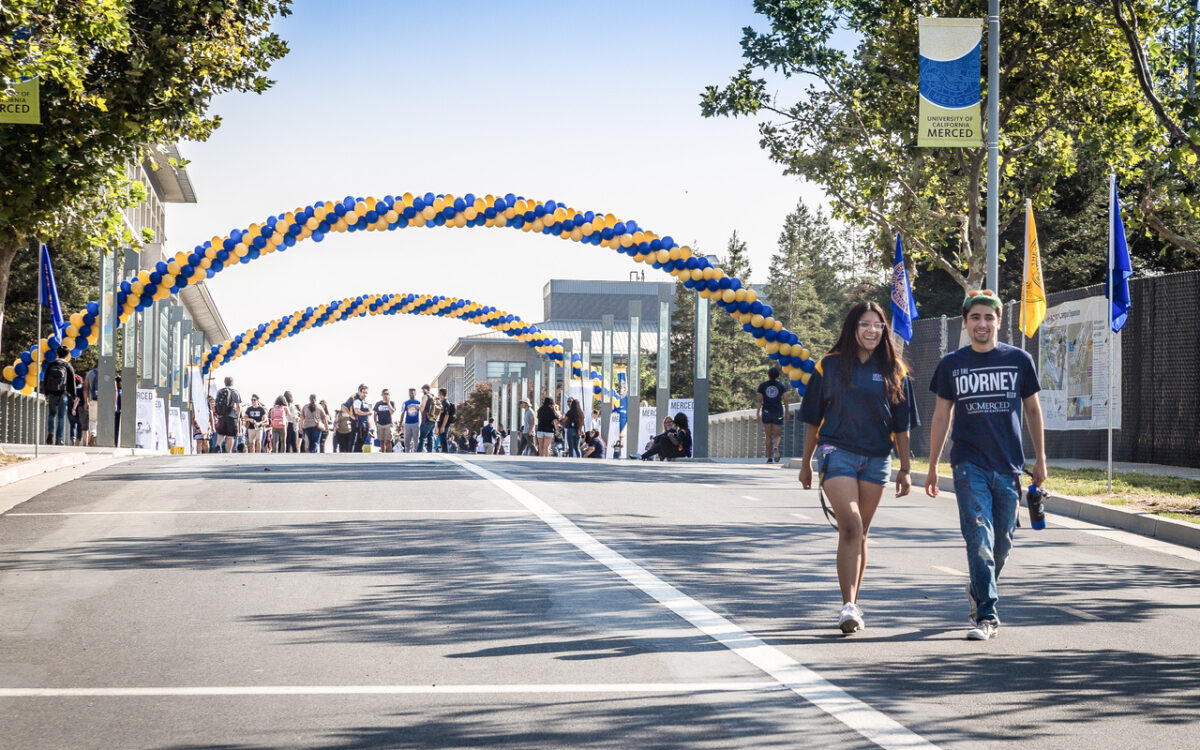 Claudia Diaz will tell you that going to college changed her life. The Dinuba High School alum played soccer at UC Merced, traveled to Mexico and Spain to train with professional teams, and graduated in four years.

Now she’s back in her hometown, coaching the freshman soccer team and substitute teaching seventh graders at Dinuba Unified. And she knows her presence in the district is a powerful way to propel them to follow in her footsteps.

And now there’s a new program that will make it easier for students to follow her to Merced.

Dinuba High School is the second school in the Central Valley to join the Merced Automatic Admission Program. That means students who earn a 3.5 GPA, take the required A-G courses and receive no grade lower than a C will automatically gain a freshman seat at the campus through a streamlined admissions process.

It launched at Merced Union High School District in 2021, where the first cohort of students will be attending UC Merced this fall.

Dustin Noji, the director of admissions, said 202 students applied for the program, and 169 were eligible. Out of those, 114 submitted a UC application and all were admitted.

“Hopefully a good portion of the students will enroll,” he said, “(But) we won’t have that information until September.”

The newest of UC’s nine undergraduate campuses, Merced is located in a rural area about 60 miles north of Fresno, and about an hour and a half’s drive north of Dinuba. The UC Merced campus is not unlike Dinuba, surrounded by agriculture on the eastern side of the Valley, offering views of the Sierra Nevada on a clear day.

And it’s poised for growth. Besides being the only campus offering automatic freshman admission, it’s the only campus that accepts first-year students who have been admitted to the University of California but did not get a spot at their preferred campus, according to UC Merced officials.

UC Merced also has the highest rate of admission out of the nine campuses, at 87% for fall 2021, according to Noji.

“We’re rapidly growing and expanding,” he said. “Our campus 2020 project gives us the ability to enroll more students, and so our campus is really in growth mode.”

At Dinuba Unified, in the town of about 25,000 people, the vision statement is “to end generational poverty through education.”

About 30% of people in Dinuba are considered to be in poverty, according to U.S. Census Bureau data.

In recent years, about 80% of students at Dinuba High could be classified as low-income, having qualified for free and reduced-priced meals. About 23% are English language learners, according to data from the California Department of Education.

Superintendent Joe Hernandez believes graduates such as Diaz, coupled with this new program, will bring momentum to his students and fulfill the vision.

Dr. Joe, as students call him, envisions cohorts of his students trekking off to UC Merced every year and becoming independent while still being able to come back to their families.

“That’s a new territory for kids to explore,” he said, “to be able to go to a UC and still stay within a reasonable distance.”

Hernandez, who grew up nearby, has been with the district for 14 years. Just in the last decade, he said, there’s been more of a push to get students off to college. The district even takes freshmen to tour UC Merced.

About 400 students graduate from Dinuba High every year.  Hernandez said he would call the program a success even if 20 to 25 students attend UC Merced in 2023. Because in a small community such as Dinuba, he said, “word gets back.”

Hernandez said a group of students going to Merced would be easier than a student going alone. “To me, that’s kind of my dream.”