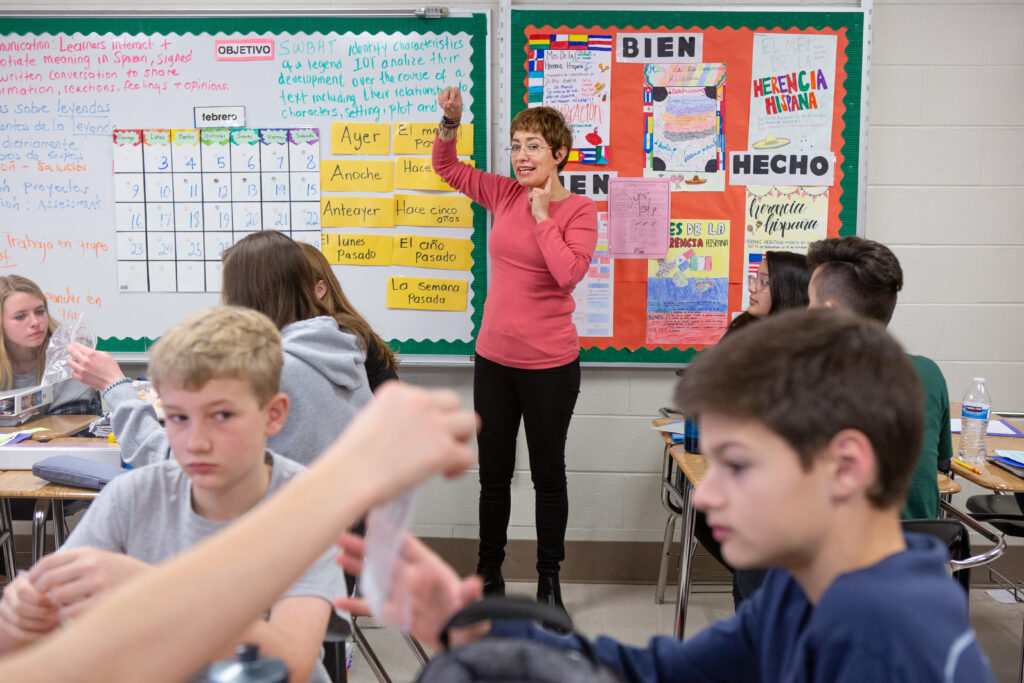 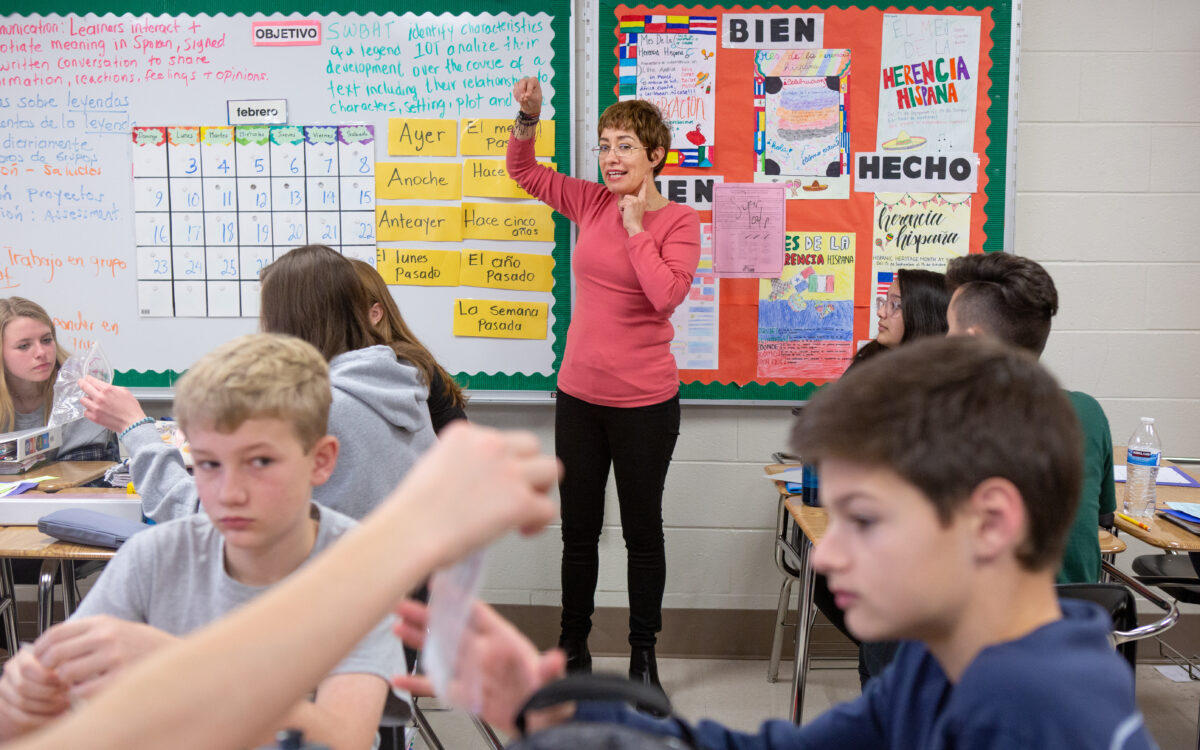 For the first time since the Great Recession in 2008, the California State Teachers’ Retirement System had a negative return on investments for the year ending June 30.

CalSTRS, which provides retirement benefits for nearly a million current teachers and retirees, saw a minus 1.3% return on its portfolio. The year-end value of the portfolio dropped $8.6 billion to $301.6 billion as a result. The loss followed a record yearly investment gain in 2020-21 of 27.2%, CalSTRS reported.

In a statement, the CalSTRS attributed the decline to market volatility complicated by inflation, rising interest rates, the impact of Covid-19 and the ongoing war in Ukraine. Earlier last month, CalPERS, the nation’s largest public pension fund, which funds retirement benefits of state and local workers, including public school administrators and classified workers, reported an end-of-year loss of 6.2% in value.

Investment income, replenished by contributions by teachers, the state and school districts as the employer, provides funding for retiree benefits. CalSTRS assumes an annual rate of return of 7% on investments to meet its yearly obligations. 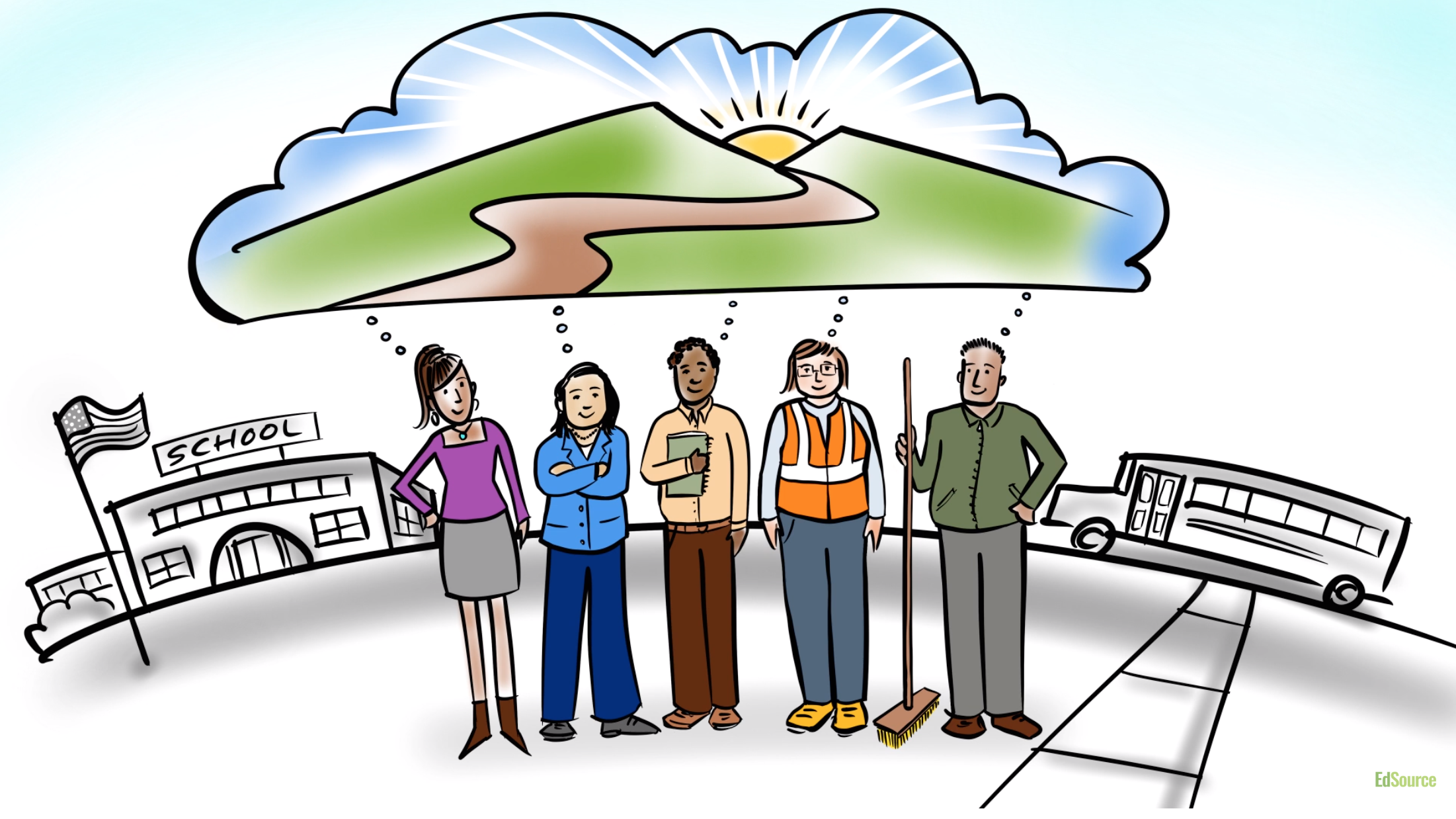 The one-year drop in value, which also happened in 2015-16, won’t affect the level of benefits for teachers; those are a state obligation, as is the level of teachers’ payroll contributions, which is also locked in by law. However, a multiyear failure to meet the annual revenue target could lead to an increase in school districts’ payments, which already were scheduled to rise substantially — by about $1.3 billion statewide — in 2022-23. Together with scheduled CalPERS’ increases, districts are facing $1.6 billion more in pension contribution costs this year.

“The amounts at stake here are enormous, and they overshadow all the other new investments the state is considering. Worse, the pension costs will hit school budgets even harder if student enrollments continue to decline,” said Chad Aldeman, policy director at the Edunomics Lab at Georgetown University and the creator of TeacherPensions.org.

Districts’ additional obligation this year is on top of nearly a decade of steep rate increases to restore CalSTRS’ financial health. As a result of increases in retiree benefits that the Legislature passed in the late 1990s and a loss of about a quarter of its portfolio’s value at the start of the Great Recession, CalSTRS’ assets in relation to its liabilities fell dramatically. As a result, Gov. Jerry Brown in 2013 persuaded the Legislature to pass pension reform that included a series of annual rate increases for teachers, the state and school districts.

As of June 30, 2017, CalSTRS’ portfolio had dropped to 63% of its ability to meet the long-term obligations of future retirees. As of June 30, 2022, this had risen to 73%. CalSTRS expressed confidence it was on target for full funding — the point at which assets meet or exceed liabilities — by 2046.

Since 2013, school districts’ pension contributions have more than doubled, from 8.3% of a teacher’s salary to 19.1% in 2020-21. For the past two years, Newsom applied $1.15 billion from the state budget surplus to offset districts’ increased obligations to CalSTRS. The  2022-23 state budget doesn’t include that subsidy, although it includes $4 billion beyond a statutory cost-of-living increase that districts could use for pension expenses.

CalPERS’ and CalSTRS’ $1.6 billion rate increases for districts this year will average $272 per student, according to School Services of California, a consulting firm.

Teachers in California don’t contribute to or receive Social Security benefits. CalSTRS said that on average teachers who retired in 2020–21 had 25 years of service and a monthly benefit of $4,813.

CalSTRS said a diverse investment strategy prevented the loss in value of the system from falling further over the past year. While its investment in publicly traded stocks, which makes up more than a third of its portfolio, fell 16.6%, its holdings in real estate rose 26.2% and in private equities by 23.7%.

Notwithstanding the portfolio loss, CalSTRS said its overall performance for 2021-22 was 0.9%  better than benchmark comparisons, which are a blend of indexes like the Russell 3,000 Custom Index (see pages 5 and 6) that CalSTRS’ board of directors established for comparisons.