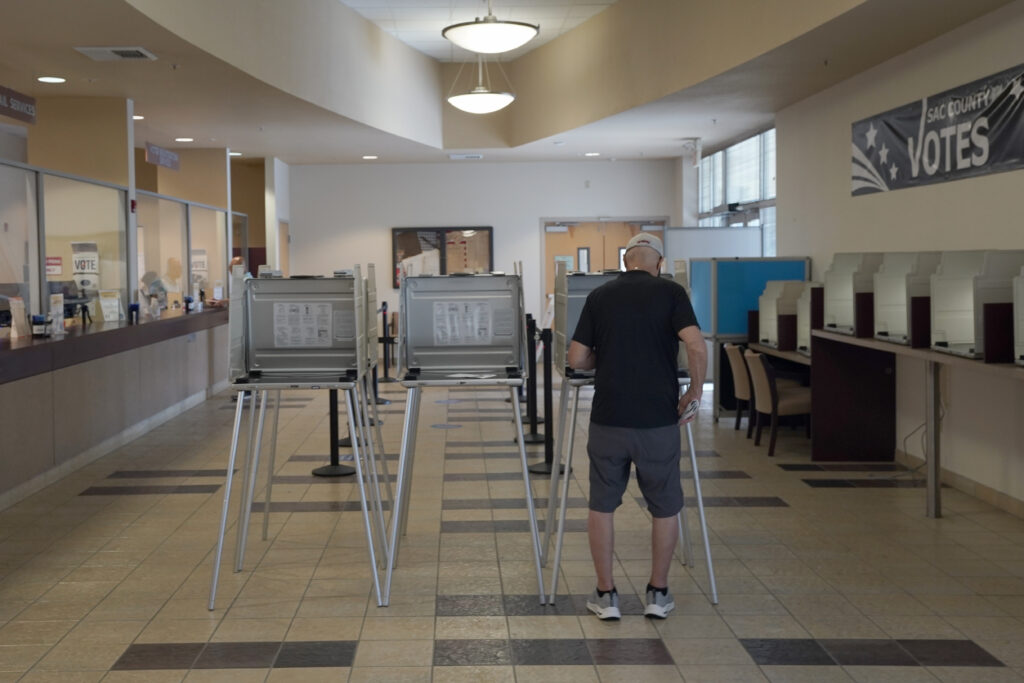 He's falling shy of required 50% of vote; it's too close to identify his opponent. 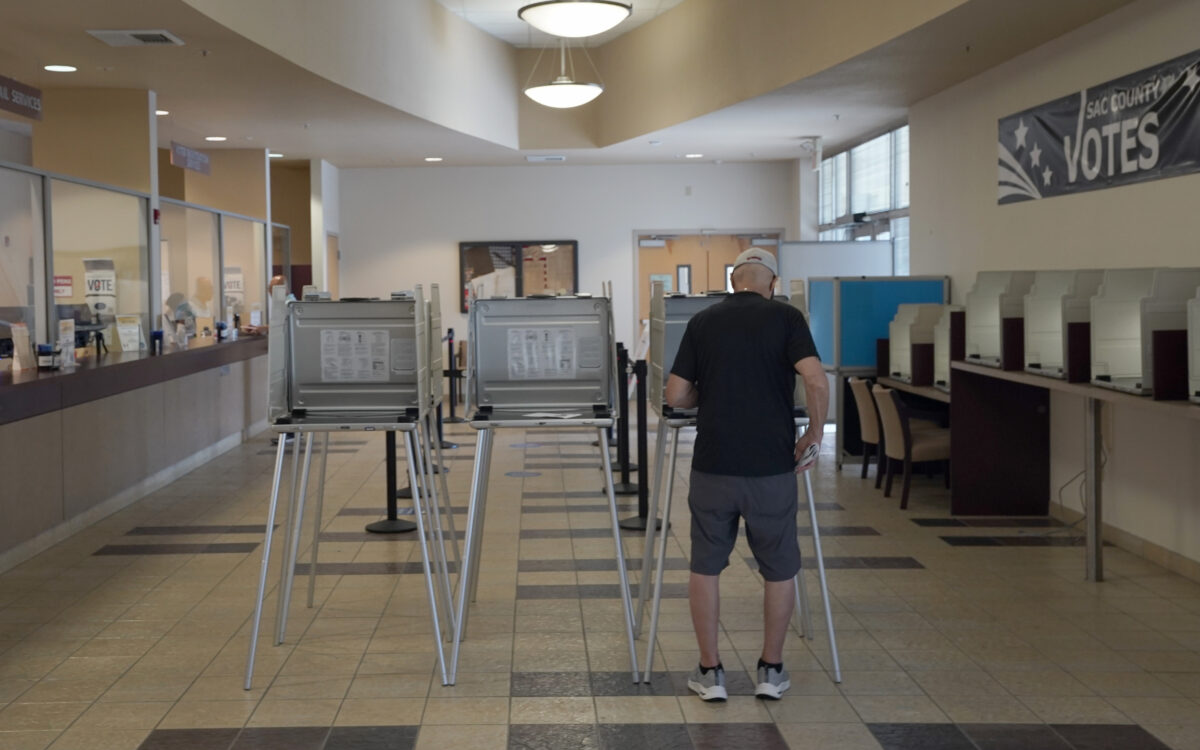 Credit: AP Photo/Rich Pedroncelli
Robert Macias marks his ballot for the California primary at the Sacramento County Registrar of Voters office in Sacramento on June 7, 2022.

Credit: AP Photo/Rich Pedroncelli
Robert Macias marks his ballot for the California primary at the Sacramento County Registrar of Voters office in Sacramento on June 7, 2022.

State Supt. of Public Instruction Tony Thurmond appears headed for a runoff election in November, although the results are too close to say who’ll be running against him.

With all counties reporting, as early Wednesday, Thurmond received 45.7% of the vote, short of the 50% needed to win outright. Three candidates are bunched together for second, led by Ainye Long, a math teacher in San Francisco Unified and the only woman of the seven candidates, with 11.7%.

Right behind her with 11.6% – a difference of 1,818 votes – are George Yang, an engineer from Menlo Park and former Republican candidate for U.S. Senate, and Lance Christensen, with 11.4%. Christensen has served as the vice president of education policy at the California Policy Center, a conservative think tank, and worked for 15 years in the California State Senate as a consultant, legislative director, and chief of staff for a Republican senator.

Results could shift in coming days, as mail-in ballots dropped off or mailed on Election Day and delayed in-person ballots in some precincts are reported.

Thurmond did best, with 57% of the vote, in Alameda County, where he lives and served two terms in the Legislature, but got only 41% in San Diego County, where the San Diego Union-Tribune endorsed Christensen, who got 17% there.

Turnout statewide was only 16%, less than half of the 38% of registered voters who voted in the last gubernatorial primary, in June 2018.

Although the office of the state superintendent is technically nonpartisan, and candidates don’t list their party affiliation on the ballot, Thurmond would head into November with the full support of the state Democratic Party and employee unions. He raised $2.2 million so far, with $736,000 unspent. The California Teachers Association’s independent political action committee has raised $1.2 million to spend on his candidacy.

Yang, who was endorsed by the California Republican Assembly, a voters organization, raised the next highest amount, though only about 1/20th of Thurmond’s haul – $59,000, with only $15,000 left unspent, as of May 25th. “I’m taking it easy today but we are meeting Saturday to chart a path moving forward,” Yang said Wednesday. “I am running as if I am winning and hope that I get on the ballot.”

Christensen, who entered the race too late to file a candidate’s statement for the official statewide mailer, raised $39,000. As a drafter of a proposed private school choice initiative that didn’t make it to the ballot, he could count on support from advocates of school choice if he makes the runoff. He was endorsed by the state Republican Party.

“Tony did not get 50% of the vote, which is instructive,” said Christensen. “A lot of people believe he has not done much to produce outcomes people expect.”

Long, the only teacher in the race, chairs the math department at the Willie Brown Middle School in San Francisco. She said she has raised under $2,000 for the campaign, although she didn’t file a campaign finance report to the state Secretary of State.

She previously served as director of parent and community engagement for the California Charter Schools Association, and was the Oakland regional superintendent at Amethod Public Schools, which runs charter schools in Oakland and Richmond. But she shouldn’t be pigeonholed as “the charter school candidate,” she said. A graduate of  Berkeley High and UC Santa Cruz, she said, “I’ve been advocating for high-quality public education for 20 years” during a “non-linear, unique career path” that led to work with charter schools and now San Francisco Unified, where she said she’s happy to be a tenured teacher and dues-paying member of the teachers union.

Thurmond was elected to his first term in 2018. He had a rocky start, with a turnover of staff and anonymous complaints in a news story about creating a poisonous work environment. Then Covid closed schools, and Thurmond and the Department of Education faced challenges helping districts cope with a series of crises through the difficult reopenings with facial masks for students and teachers. He helped raise millions of dollars to equip families with computers and internet connections for online teaching and learning. He has created task forces to promote early literacy and the recruitment of more teachers of color to help solve a teacher shortage.

Thurmond’s campaign had not yet issued a statement on the election.

California law doesn’t allow for an automatic recount in a very close statewide election. In most cases, a losing candidate would have to request and pay for it in every county – an expensive undertaking. However, the state could pay for a recount in a state superintendent of instruction primary election if the difference between the second and third candidates is less than 1,000 votes or less than 15 thousandths of 1 percent, according to the Secretary of State’s office.