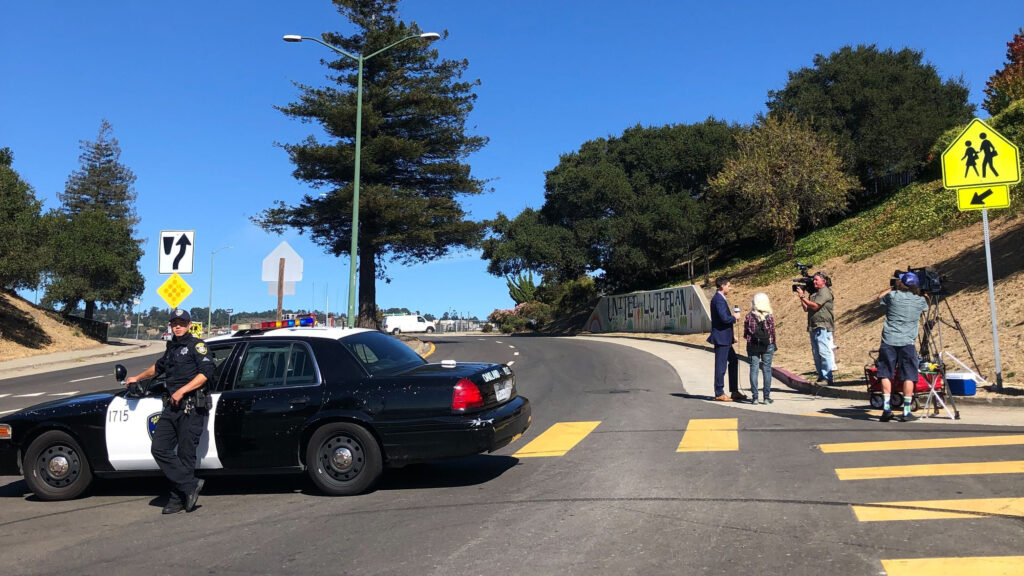 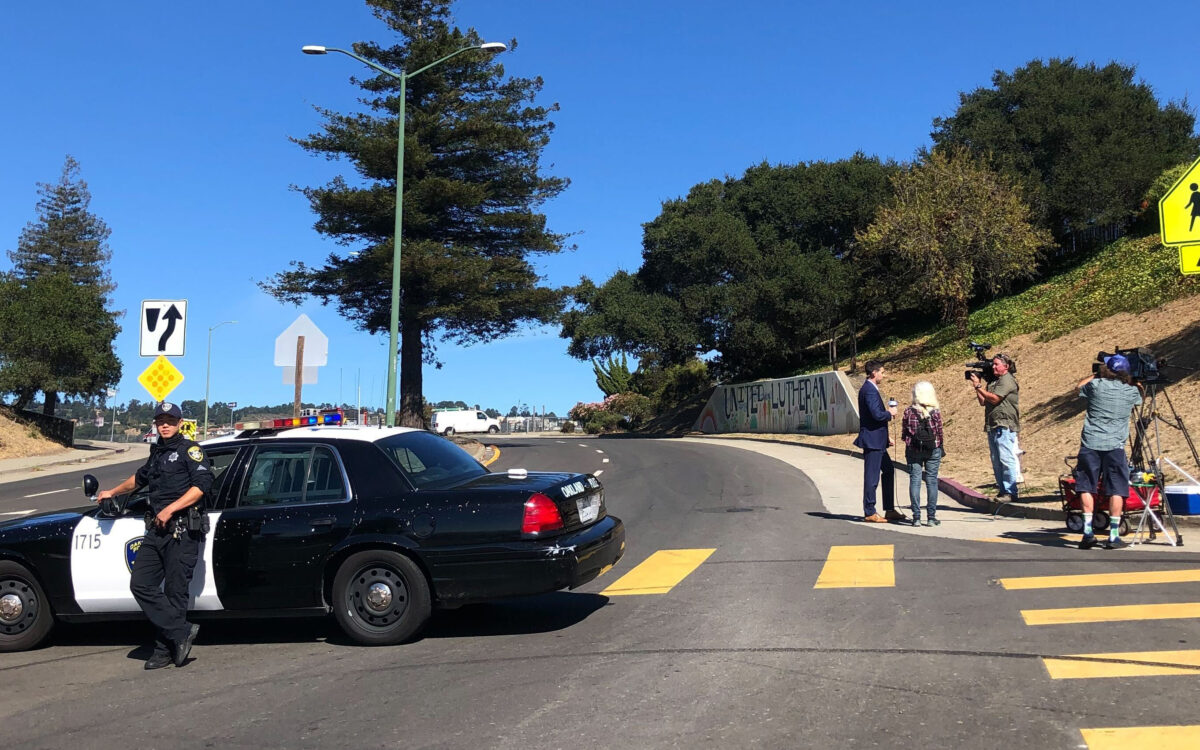 Oakland Unified student and staff leaders are pleading for an end to gun violence in the city after six people were shot on an East Oakland campus — Oakland’s second school shooting in a month.

Oakland Police are still searching for at least two shooters and another “accomplice,” as well as others who may have been involved, Oakland Police Chief LeRonne Armstrong said at a news conference. One of the six victims, an Oakland Unified carpenter who was installing countertops the day of the shooting, died Nov. 18.

Two of the victims are adult students, one is a school counselor, one is a security guard and the others also work at the school. Armstrong said the shooting is believed to be related to ongoing conflict between gangs or groups. However, none of the victims were the intended targets, Armstrong said. Upon entering the campus, the shooters “identified” the person or people they were targeting, and immediately opened fire, Armstrong said. Police don’t yet know who was targeted and why.

Acting Superintendent Sondra Aguilera, at the end of a regularly scheduled school board meeting Wednesday, put out a call to action for government and school leaders as well as the community as a whole to address Oakland’s recent surge in gun violence.

“This incident does not define OUSD, and it does not define Oakland,” Aguilera said. “This year especially we’ve seen far too much violence in our city. We must all come together as a city, schools, government families, city residents, faith communities, nonprofit agencies and others to collectively work on creating a safe and healthy Oakland, and impress upon those who engage in this type of behavior that there is always another way.”

The East Oakland Hills campus that houses Bay Area Technology School, Rudsdale High School, and Sojourner Truth Independent Study school where the shooting occurred were closed Thursday, and the district is working to determine how to better protect the campus, Aguilera said.

The shooters were able to get through the front doors of the Rudsdale campus, and fired more than 30 rounds from handguns possibly equipped with extended magazines, Armstrong said. Police are still investigating how the shooters got through the doors, and don’t know whether the doors were locked or not. Video footage shows the suspects entering the front doors of the campus without having to break in, Armstrong said.

This is the second time in a month that there has been a shooting on an East Oakland school campus. A 13-year-old was shot at Madison Park Academy in the city’s Sobrante Park neighborhood in August. A 12-year-old was arrested.

Ongoing conflict between gangs or groups in Oakland has been driving a recent surge in violence, Armstrong said. Police had responded to the Rudsdale campus in August for an incident involving a stabbing and a firearm, and one person was arrested. It’s unclear whether that incident was related to Wednesday’s shooting. Police, at the time, did not believe that the incident would lead to a shooting at the school.

Oakland Unified’s student school board directors Natalie Gallegos Chavez and Linh Le said that they and other students have expressed to district leaders that they haven’t felt safe at school. At Wednesday’s meeting, they called for the roles of the “culture and climate ambassadors” who serve as unarmed school security officials “to be revised.”

During an afternoon news conference Wednesday, district spokesman John Sasaki, responding to a question, said there was a culture and climate ambassador on campus Wednesday when the shooting occurred.

The student directors also called for the money the district has saved from disbanding its internal police in 2020 to be spent on programs and resources such as restorative justice that will improve the school climate and make students feel safer. They also called for more safeguards to prevent people from entering campuses with weapons.

“Our young people should not be looked at as if they were a part of these crime statistics,” student director Gallegos Chavez said.

Gov. Gavin Newsom, in a tweet Wednesday, referred to the shooting as a “horrifying act of violence that has grown too familiar.”

“Yet again, our kids were in the crossfire. This cannot continue — gun violence has taken too much from our communities.”

Leaders of Oakland’s teachers union, the Oakland Education Association said in a statement that educators were “again shaken, sad, horrified and stressed” after this most recent school shooting. “We send our strength and support to the victims’ families and friends, and we recommit to doing whatever it takes to stop future school shootings.”

The website for Rudsdale Newcomer high school describes its students as recently arrived immigrants between the ages of 16 and 21 who have fled their homes countries because of violence and instability. Bay Area Technology School is a charter school for middle and high school students. Sojourner Truth Independent Study serves students in K-12, although all its students work from home.

Students were also evacuated and sent home early from the Oakland Academy of Knowledge campus up the street, though the incident did not involve that campus.

Tanesha Craig’s 10-year-old son, Jayceon, goes to school at Howard Elementary at the Oakland Academy of Knowledge. Craig said she got a call from her son’s teacher in the afternoon alerting her to what happened. She went to pick him up as soon as she could, urging him to stay in touch with her while she was on her way. The district sent text messages, robocalls and other messages to affected families letting them know what was happening.

Jayceon said he was scared when the shooting happened but relieved when his parents picked him up. He said the shooting has him feeling uneasy about walking to school in the future.

Even though she knew Jayceon was OK the whole time, she’s still shaken by the thought of a school shooting happening so close to home.

“I never thought it would happen this nearby,” Craig said. “It was a close call, and he was thinking about going to that school next year.”