Should kindergarten change in California? 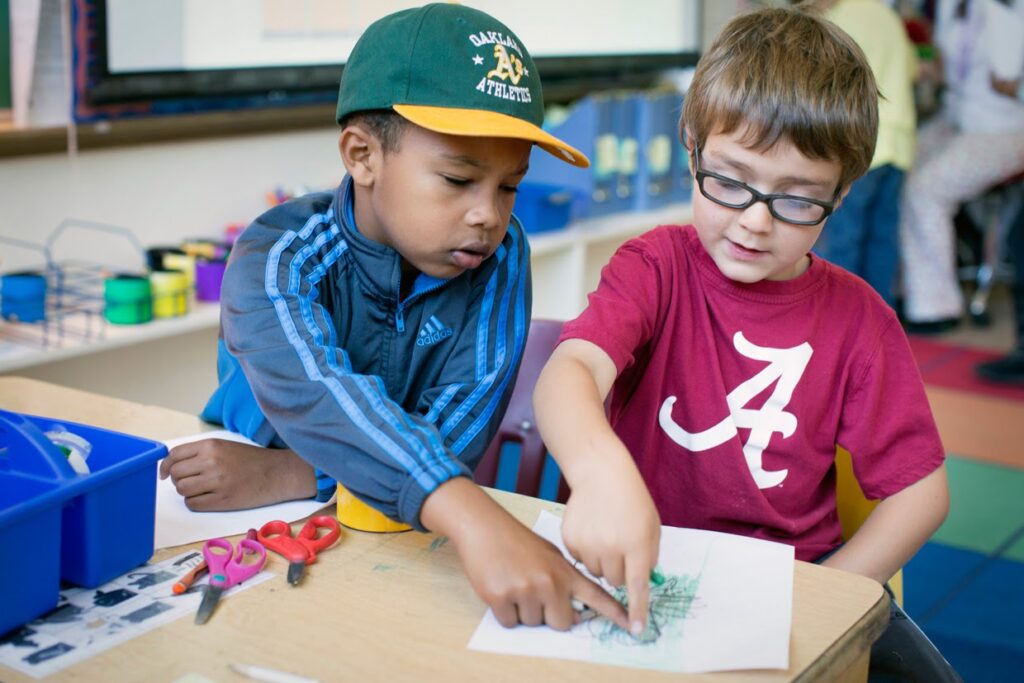 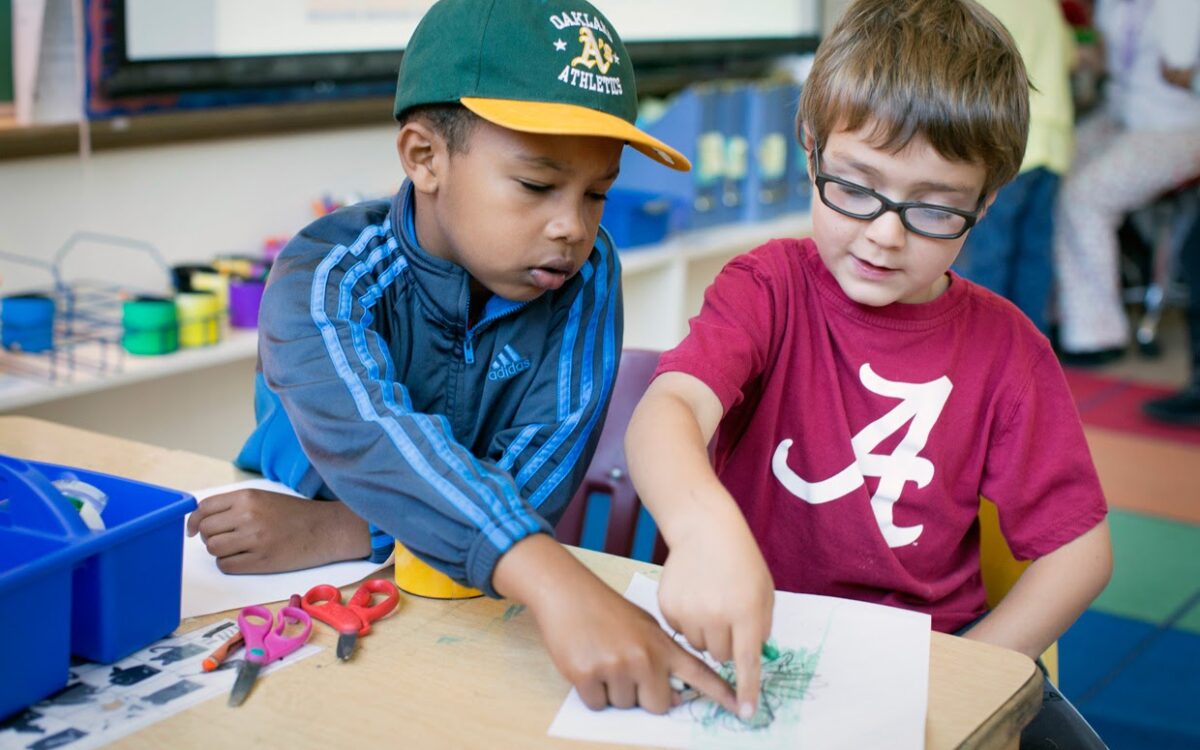 Should kindergarten be mandatory in California? Should it always be a full-day program like first grade? These questions are at the heart of two newly introduced bills that could significantly shift the early education landscape in California if they eventually become law. In a state with almost 3 million children under age 5, many advocates laud this proposed expansion of kindergarten as a way to champion early education, but some parents and experts are conflicted about how the kindergarten experience may change.

State Sen. Susan Rubio, D-Baldwin Park, has spearheaded a bill to make kindergarten mandatory while Assemblymember Kevin McCarty, D-Sacramento, has introduced legislation that would require school districts to offer full-day kindergarten. While both types of proposals have been broached before, if these pieces of legislation pass this time around, they may reimagine the scope of kindergarten in California.

“Both these issues have been in need of reform for a long time,” said Scott Moore, head of Kidango, a nonprofit organization that runs many Bay Area child care centers. “Our understanding of just how important the early years are no longer jibes with a policy established when we thought children did not begin to learn until they turned 5.”

Making kindergarten mandatory may help close the state’s widening achievement gaps, some advocates say, because some children who skip kindergarten may have a hard time catching up with their peers, particularly in the wake of the pandemic. Senate Bill 70, which would require all students to complete a year in kindergarten before entering first grade, passed the Senate in January before heading to the Assembly.

“While the vast majority of children already go to kindergarten, why should it be the only grade that is optional?”  said Moore. “It’s time to stop treating kindergarten as the lesser grade, and instead, state policy needs to reflect the reality: It’s a critical part of a child’s success in school and life.”

Children from low-income families often start school with fewer academic skills than their more affluent peers, an issue exacerbated by the pandemic. Rubio, who spent 17 years as a public school teacher and principal, learned this firsthand.

“Kindergarten builds the foundation for future learning,” Rubio said. “I know which students missed out on early education within the first five minutes of being in a classroom — students playing with pencils/highlighters, using them as cars; holding the book upside down; running to the play area, rather than sitting down on the carpet when they come into the classroom. That is why it is so important for our young students to get a head start, to have that building block, so they don’t have to play a harder game of catch-up when they begin the first grade.”

“Parents, and sometimes even teachers, are shocked when we tell them that kindergarten is not currently mandatory in California,” said Gennie Gorback, president of the California Kindergarten Association. “Most people already see kindergarten as an important step in a child’s educational journey.”

However, there are also those who question the need for a new government mandate focused on early education. When a similar mandatory kindergarten bill passed the Legislature in 2014, it was vetoed by Gov. Jerry Brown, who invoked the importance of parental choice.

That’s precisely how Amie Zheng, a Menlo Park mother of two, feels. She kept her son out of preschool during the worst of the pandemic out of caution. A stay-at-home mom, she feels parents should have the right to decide what’s best for their children.

“I think it’s always good to have a choice. Different families have different situations,” Zheng said. “Kids are so different too. Maybe some kids are just not ready to go to school that early. If one decided to keep their kid home a little longer, that’s totally understandable.”

Mandating full-day kindergarten is also generating myriad reactions from parents and teachers. Currently, school districts may offer full or part-day programs as they see fit, but full-day programs are the norm. Roughly 22% of schools only offer part-day programs, according to 2021-22 data from the California Department of Education.

“When it comes to early education, more is more,” said Moore. “Studies have confirmed what many educators and parents intuit: If it works for three hours a day, it works even better for six or more hours a day. And most important, most families need and want full-day.”

Many experts and advocates agree that a full-day program makes more sense for working families who need school for child care as well as academics.

“It is much more reflective of family needs,” said Beth Graue, director of the Center for Research on Early Childhood Education at the University of Wisconsin. “In an era where fewer and fewer parents stay home and children have been to preschool and day care, half-day kindergarten is a burden on working families.”

However, part-time kindergarten is considered optimal by some families, particularly those who believe a shorter school day is more developmentally appropriate for young children. A Legislative Analyst’s Office report noted that meeting parent and teacher preferences was a key reason that some schools choose the part-time option.

It should be noted that elementary schools in poorer communities are far more likely to operate full-day programs than schools located in economically better-off neighborhoods, research shows. Since child care is generally quite costly, only privileged families can afford to hire nannies, for instance, or arrange for a stay-at-home parent in a high-cost-of-living state.

Since nearly three-fourths of the state’s elementary schools already offer full-day kindergarten, according to the Berkeley Early Childhood Think Tank, some experts say that expanding full-day kindergarten won’t significantly impact low-income families. They already have access to it. These experts would rather focus time and energy on programs that help students who are most in need.

“Some advocates believe that children benefit from spending more and more time in public institutions, from pre-K through kindergarten classrooms, and the state must compel parents to place their kids in classrooms full time,” said Bruce Fuller, professor of education and public policy at UC Berkeley. “Separate from the ethics of this position, the evidence partially supports the advocates’ claim, but only when teacher and classroom quality is high. And if the policy aim is to narrow disparities in early learning, why would we expand full-day programs for affluent families, rather than focus on bringing up poor children?”

Some parents agree with this approach, suggesting that the state should offer full-day schooling but not force families to participate if they don’t think their kindergartners would benefit from it.

“It is one thing to say that a school district must offer a full-day alternative.  It is another to say that every child must attend it,” said Jennifer Bestor, a mother of one from Menlo Park.  “It is interesting that districts serving middle-class and affluent (i.e., educated) communities are more likely to offer half-day programs — because parents feel that they are more developmentally appropriate. Rather than forcing districts to expend money to keep children in a school building whose parents feel they would do better elsewhere for half the day, robust on-site after-school activities for disadvantaged children would be a better investment.”

Meanwhile, some teachers support making kindergarten mandatory and full-time largely because they believe the standards are now too rigorous. Since they can’t rejigger the standards, at least they can give children a leg up to meet them.

“The compression of the kindergarten curriculum in the past 20 years created a critical need to implement these changes,” said Randall Freeman, a retired kindergarten teacher with a doctorate in early childhood education. “The debate over childhood education and the stages of development was politically made moot when the state standards dictated the elementary education curriculum. We screwed this up 20 years ago. These bills will assist kindergarten teachers to mitigate some of the damage caused by the standards implemented.”

Some teachers believe that small children learn best through play, as much research suggests, but that academics tends to dominate today’s curriculum.

“As a result of standards, what I had taught in first grade, I had to teach in kindergarten,” said Freeman. “All research about how young children learn through play was discarded in favor of nothing but academics. Kindergarten students at age 5 were required to be reading by the end of the year.  A year younger and less time in the day has resulted in a proper mess.”

Many experts agree that play is the secret sauce when trying to make learning fun. That’s also a key reason many support full-day kindergarten. A longer day allows more time for play at school.

“When curriculum is developmentally appropriate, full-day is great support for children’s development,” said Graue. “It should provide more time for play, and it is much more reflective of family needs.”

Quality is the critical factor in whether a child benefits from a full-day program, experts say.

“It depends on what kids do in kindergarten,” said Deborah Stipek, a professor at the Stanford Graduate School of Education and an early education expert. “If they have to sit still and do worksheets a lot of the time, most 5-year-olds wouldn’t hold up. But if there is time for free play, snacks, rest times or quiet times, stories being read to them, outdoor time … kids do fine. I think full-day kindergarten has benefits, but we have to pay attention to the quality of the program.”