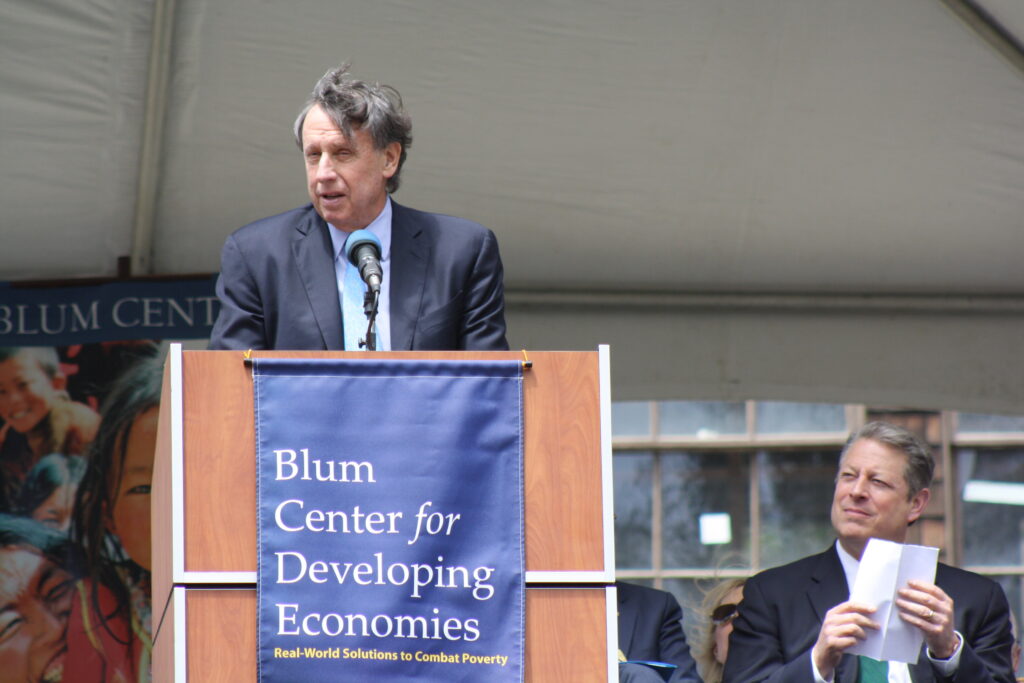 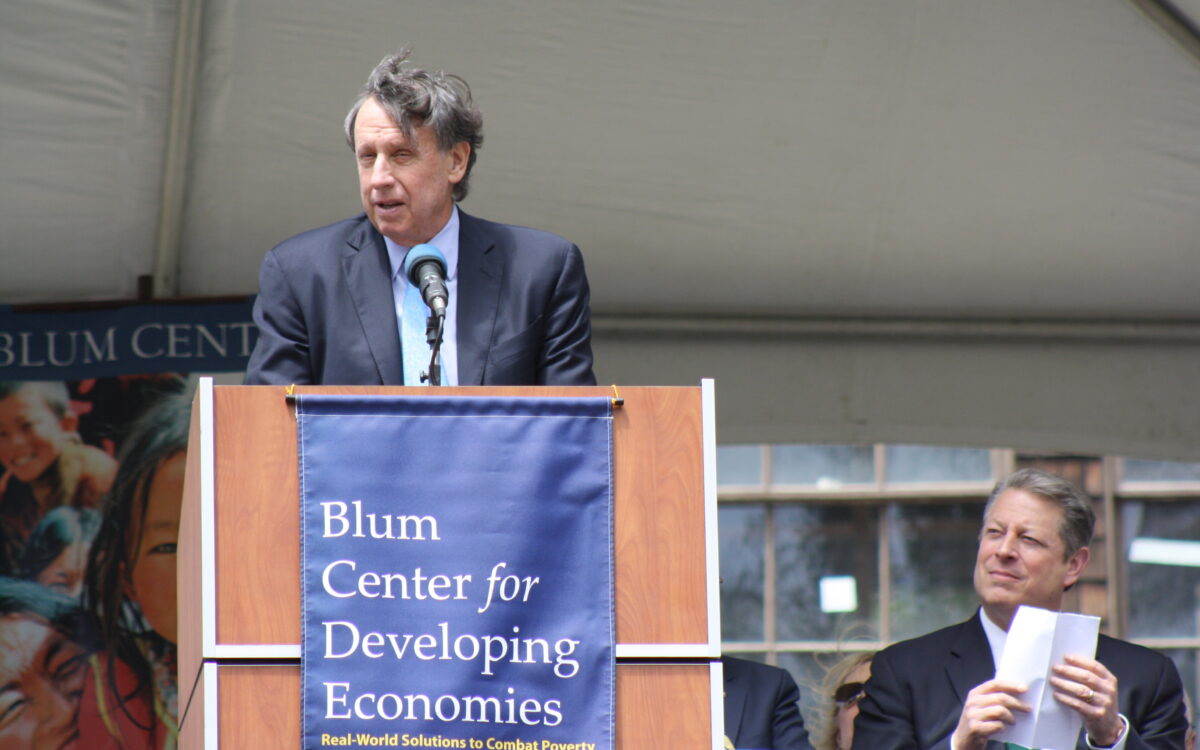 Credit: WikiCommons
Richard Blum speaks at the groundbreaking ceremony for the Blum Center of Developing Economies at UC Berkeley in 2009.

Credit: WikiCommons
Richard Blum speaks at the groundbreaking ceremony for the Blum Center of Developing Economies at UC Berkeley in 2009.

Richard Blum, husband of Sen. Dianne Feinstein, a longtime University of California regent and a stalwart of Democratic politics in California, died Sunday of cancer at his home in San Francisco. He was 86.

A successful financier and philanthropist, Blum was a significant figure in progressive politics and education for decades. He served for 20 years as a UC regent and was a staunch supporter of the university, donating millions of dollars and founding the Blum Center for Developing Economies at UC Berkeley, which focuses on creative solutions to global poverty. The center now operates on all nine UC campuses.

“My heart is broken today. My husband was my partner and best friend for more than 40 years. He was by my side for the good times and for the challenges. I am going to miss him terribly,” Feinstein said. She described her husband as a man who “left things better than he found them. His enormous generosity is an inspiration for so many of us.”

A native of San Francisco, Blum earned bachelor’s and master’s degrees in business from UC Berkeley and went on to a long career in investment banking. He was chair of Blum Capital Partners, an equity investment management firm.

He married Feinstein in 1980, just two years after she took over as mayor of San Francisco following the assassination of George Moscone. His support helped propel her to the U.S. Senate in 1992, and she’s been re-elected five times.

In 2002, Gov. Gray Davis appointed Blum to the board of regents, and Gov. Jerry Brown reappointed him in 2014. As a regent, Blum is credited with curbing spending at the Office of the President, helping choose Mark Yudof as UC president in 2008 and overseeing the opening of UC Merced.

“Richard Blum lived an extraordinary life, and he left this world better than he found it – lifting up our communities and helping connect people from across the globe,” Newsom said. Blum served the state and its higher education students “wholeheartedly as a UC regent,” Newsom added.

UC President Michael Drake said that Blum played a key role in shaping the university over the past two decades.

“Dick helped UC leaders navigate some of our toughest challenges and contributed to shaping the trajectory of the University for years to come,” Drake said. “Dick was a proud servant of the University of California, and a man who truly lived the full measure of life. Although his passion, his wisdom and his friendship will be sorely missed, the impact of his love for his cherished alma mater will endure.”

In addition to his work with the University of California, Blum was a longtime advocate for human rights in the Himalayas, a devotion that began with his attempt to climb Mount Everest. He founded the American Himalayan Foundation and was co-chairman of the World Conference on Religion and Peace. The foundation works toward ending human trafficking; improving health care, child care and elder care; and promoting Himalayan culture. He also served as honorary consul of Nepal.

President Joe Biden called Blum a “proud son of California who dedicated much of his public life to fighting poverty around the globe.” Biden noted that “Dick bled Berkeley blue” and was “fiercely loyal” to the university, whose colors are blue and gold.

Blum’s and Feinstein’s extensive business and political interests sometimes overlapped, but Blum maintained that his top priority was always the University of California and the welfare of students.

“There’s nothing in it for either one of us,” Blum told a Los Angeles Times reporter in 2007. “We’re just a couple of folks trying to make things better, and sometimes it works.”

In addition to Feinstein, Blum is survived by three daughters from a previous marriage, a stepdaughter and seven grandchildren.