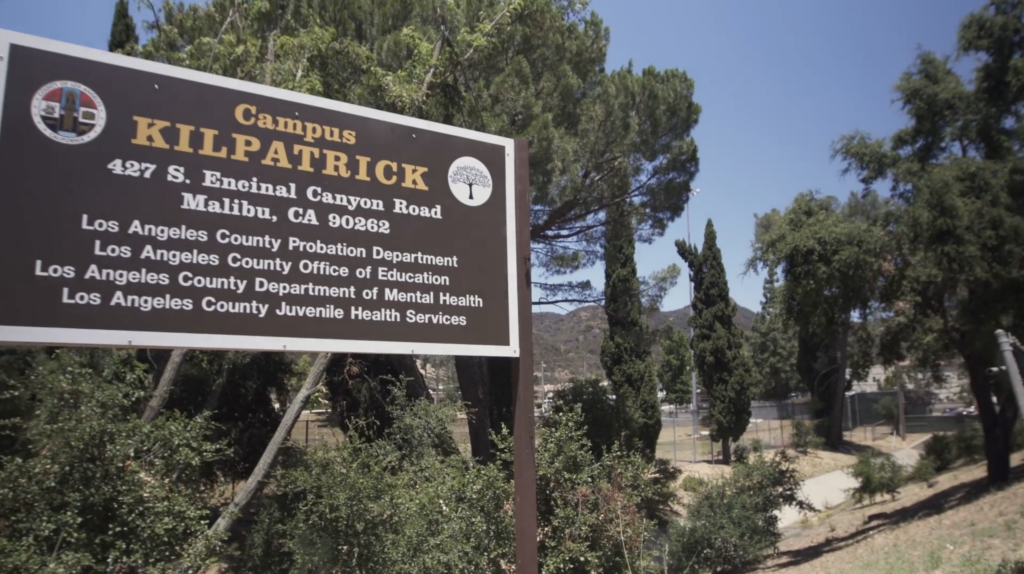 A "culture of learning" is missing in most classrooms, report says 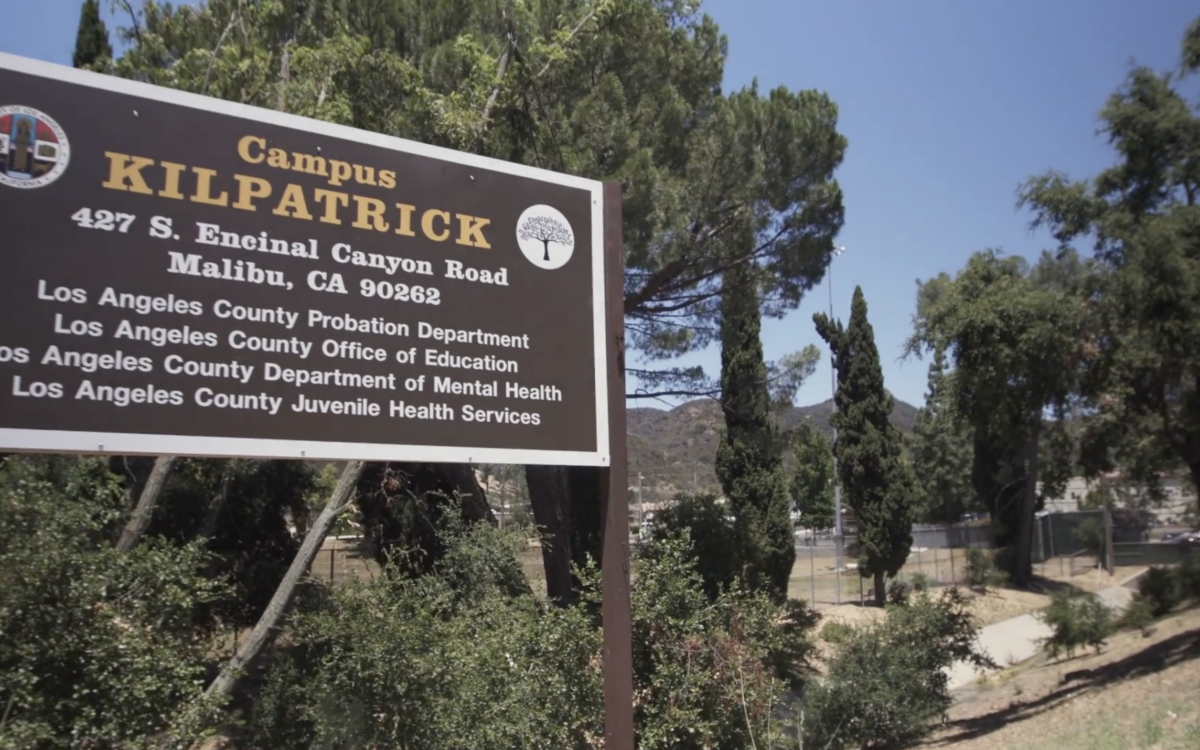 Poor and inconsistent teaching plus student apathy were among the findings of a citizens review of the education offered to youth held in Los Angeles juvenile facilities. A recently released report described a setting that did little to foster learning and where students were more interested in getting a high school diploma than in learning.

“The attitude of most students was either apathetic or antagonistic towards learning activities,” the authors wrote in the 14-page report. “Most teachers seemed to believe that this minimal work was the best that could be reasonably expected of these students,” concludes a recently released report on the findings of a citizens review.

Commissioners conducting the review “attribute student resistance primarily to the carceral setting, poor quality and inconsistency of classroom instruction, and the failure to integrate the non-teacher credentialed adults in classrooms into instructional planning,” the report added.

The commissioners also said the “accepted norm” was for students to do nothing unless offered some reward like credits toward graduation, and even then the awarded credits “are far too generous in comparison to the amount of content they master.”

They noted that classes often relied on the use of videos or reading an essay followed by answering brief questions, but that classes that did not rely on such instruction tools tended to have higher rates of engagement between students and teachers.

The result is an environment where “even though all the teachers and staff consistently encourage students to work hard and learn enough to succeed, the structure of the program and practices of the teachers make it clear that avoiding disruptions and ‘going through the motions’ is what is genuinely valued.”

Schools within California’s youth justice system, which can include young people ages 12 to 25, are often referred to as “court schools” and are led by county offices of education.

The findings in the report were challenged, however, by Debra Duardo, superintendent of the county office of education, who in a written response to the commission challenged its conclusions while offering to work together to improve what young people experience in the youth jails.

“The report repeatedly suggests what teachers and other staff think, without validating where that information comes from with stated facts,” she wrote. “Findings are not based on facts, but on speculation and conjecture.”

In an email to EdSource on Friday, she added: “As a lifelong advocate for at-promise youth, I am disappointed in the report published by the Probation Commission that fails to include a research-based and structured approach to analyzing an educational program. The information in the report does not reflect a fair representation of what takes place in our schools daily.”

The observations and interviews that the report hinges on were conducted by a four-person committee during a five-month period between June and October 2021. Each site visit was 10 to 50 minutes long.

Problems and reform efforts have engulfed the Los Angeles County juvenile justice system for years. A recently settled federal lawsuit found problems with youth’s access to an education and a state oversight agency last year found some of the county’s halls “unsuitable for the confinement of youth.” There was also a settlement in 2010 to a class action lawsuit alleging inadequate education programs for youth in the county’s largest juvenile detention facility. Reforms focused on 13 major areas, including literacy, instruction, transition, special education, and aftercare.

One of the four people who helped conduct the observations and interviews for the latest report is Sean Garcia-Leys, a member of the Probation Oversight Commission and a civil rights attorney.

In the interviews he conducted, he told EdSource, some youth were frustrated and would rather be left alone while others understood that they needed only a few credits to receive their high school diploma and sought to get there as quickly as possible.

“But nowhere in there was anyone who, with a few exceptions, were: ‘I want to learn, I want to understand the world better. I want to become an educated person,’” said Garcia-Leys, who was a high school teacher in Los Angeles prior to becoming an attorney. “Those cards weren’t on the table for them. I don’t describe that as education so much as I describe that as, you know, wanting a diploma.”

The commissioner spoke representing his own observations, not on behalf of the oversight commission.

Mainor Xuncax was released from Camp Kilpatrick in Malibu in 2019 after spending about six months inside the juvenile camp. By then, he’d been in and out of a few other juvenile halls in L.A. County for a series of petty crimes, his first time being at age 14.

When it came to his education, he saw a distinct difference in the way school was taught in his community versus in the juvenile halls and camps.

“We’re in there for a reason; we’re all going through something. Some teachers come with that mentality of: ‘These kids don’t listen,'” said Xuncax, who grew up near downtown Los Angeles. “I feel like they give up and feel like we’re lost causes.”

Not every teacher was this way, he said in an interview with EdSource. There were a few who tried to truly connect with him and other students. By the time he left the camp, he had received enough credits to walk the graduation stage with his class at the continuation school he attended prior to Camp Kilpatrick.

He invited his mother to see him walk across a graduation stage for the first time.

“Just seeing her happy for me, it was a relief,” Xuncax said about the experience. “Seeing her smile felt like I did something.”

Xuncax is now 21 years old and living in Texas with his 1-year-old daughter and girlfriend while working remotely as a youth policy advocate with a Los Angeles-based organization called Arts for Healing and Justice Network. He first got involved with the organization while still at Camp Kilpatrick and was offered an internship shortly after he was released at age 17. He attributes the change in his life two factors: the mentorship he received from the organization he now works for and the birth of his daughter.

Teachers don’t get the support and training to succeed in the system, said Florence Avognon, who has worked as an educator in the L.A. County juvenile justice system for 20 years and received a Teacher of the Year award in 2012.  Her experience confirms the teacher challenges described in the report, she told EdSource.

One of the issues she sees is the lack of professional development for educators who are teaching in so-called court schools. The county, she said, has developed education programs to help support students inside the juvenile halls and camps. But there is a caveat, she added. “They were not paying attention to the actual need to enrich the content proficiency of teachers so that they could better prepare students for those standardized assessments,” she said, referring to the state tests that students take annually.

In December, L.A. County’s office of education responded to a draft version of the report, detailing several specific “concerns” with the research methodology, the report authors’ recommendations and the report’s evaluation of the education program.

The response also listed the reforms and actions that the County Office of Education would continue implementing, such as teaching culturally relevant curriculum, minimizing the use of substitute teachers and engaging with parents.

In 2020, Gov. Gavin Newsom signed Senate Bill 823 into law, requiring the state’s youth prisons to shut down by 2023 and send youth instead to local facilities run by the state’s 58 counties. Depending on the severity of the allegation, the youth can still be sent to state facilities.

Garcia-Leys is among those who hope the shift to county-run facilities could also mean an improvement in the quality and impact of education offered.

L.A. County has yet to decide which facility they will permanently use to house youth who would otherwise have been held at the state level. This is worrisome to Garcia-Leys.

“I worry that we’re holding off so long to choose a new facility that when it finally happens, everybody’s gonna be like: ‘Go, go, go, let’s make it happen,’” he said. “And in that rush to find a permanent home for these young people, things like ensuring that we’re creating a new school from the ground up that is the best it could be — those sorts of steps might get skipped over.”

During an upcoming meeting in March, the county Board of Supervisors is expected to discuss a recommendation to select Santa Clarita’s Camp Scott and Malibu Canyon’s Camp Kilpatrick as the permanent facilities.

His concern over the delay in identifying the facility for L.A. County is part of why he joined in the effort to compile the report.

“Another big part of this is just making sure that we are on the ground paying attention and giving input and watching and prioritizing education, especially as we go through some new changes,” he said.