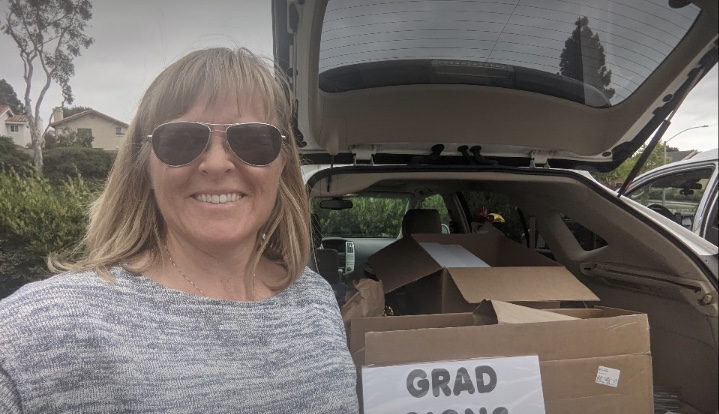 Topics like masking and critical race theory stir debate that pits board members and community members against one another. Heather Dugdale had children in the district over the past eight years, but she has never seen anything like this.

The most recent controversy has sprung up around the new map the board adopted that updated trustee areas for the next election. The map has been challenged in court by residents Carol Chang and Lisa Montes. Trustee Michael Allman defended the new map on Facebook and defended the board’s right to adopt its map after it goes through an open public process. He also claimed that opponents were supporters of the teachers union. Allman declined to answer questions from EdSource, citing the pending lawsuit.

Allman ran as a Republican for a local congressional seat before he won his seats on the school board. Board President Maureen Muir ran for the state Assembly as a Republican during her tenure. Dugdale sees the case as a trial balloon on how far Republicans can go in redrawing boundaries for school board elections to favor their candidates.

“We’re the testing ground and guinea pigs for Republicans in California,” she said.

“I don’t remember this kind of attention in California 10 years ago,” he said. “It was a different time.”

Political boundaries are redrawn every 10 years to comply with the census count of the population. While most of the attention has focused on the drawing of new boundaries for high-profile districts in Congress and the state Legislature, school boards are feeling the political heat too. In some districts, the debate is over the new trustee maps that all districts were required to complete by Feb. 28.

“School boards have felt themselves under siege,” Gerston said.

Covid seems to have sparked some of the controversies, forcing schools to take on new issues like masking and health orders that closed schools, he added. There has also been a push by school boards and their candidates into curriculum and book selections, areas traditionally handled by professional educators.

The suit filed against San Dieguito Union claims that political conflict between board members has spilled into the mapping process. The suit claims the map targets a board member by drawing the boundaries to hurt her chances of being re-elected.  Trustee Julie Bronstein’s district was redrawn in a way that “narrowly and pointedly” put her in a new district “where she does not have the same level of connection to the residents and community,” according to the lawsuit. Bronstein was first elected during a special election in 2021, when a trustee appointed by the board majority was removed through a community petition.

It’s not just political fighting that creates conflict in the redistricting process. Incumbents try to hold on to their positions everywhere, said Thomas Saenz, president and general counsel of Mexican American Legal Defense and Educational Fund.

Incumbents are “choosing their voters,” said Lori Pesante, the director of civic engagement and government relations for the Dolores Huerta Foundation, the Kern County-based community organizing group active in redistricting efforts in the Central Valley and Antelope Valley.

The U.S. Supreme Court has left decisions about redistricting largely to states, Gerston said, but in California judges have ruled against redistricting that violated the spirit of fairness.

Every county in California has a school district organization committee that oversees elections and the process of drawing new maps.

The Board of Education filed a lawsuit, accusing the County Committee of creating districts with a “partisan advantage for candidates favored by union and other left-leaning interests.”

A hearing is scheduled for May, but in the meantime the court denied the Board of Education’s temporary restraining order. When Board of Education elections are held in June, the County Committee’s maps will be used.

Many school boards are using redistricting as an opportunity to switch their trustee boundaries from at-large to single-member trustee districts. The state board of education estimated in January that it has approved waivers for nearly 250 districts out of over 1,000 school districts in the state to allow districts to skip putting the matter to a vote.

Supporters say individual trustee areas allow minority groups to elect representatives that represent their interests. The California Voting Rights Act explicitly prohibits at-large districts, if it keeps a protected class from electing “candidates of its choice or influencing the outcome of an election.”

It’s the direct or indirect threat of litigation that has gradually pushed school boards to change, said J. Morgan Kousser, a professor of history and social science at the California Institute of Technology.

Kousser has served as an expert witness in federal and state voting rights act cases. He was a witness for Mexican American Legal Defense and Educational Fund’s successful suit against the Kern County Board of Supervisors that forced a second Latino-majority seat to be added to the board in 2018.

A suit filed in federal court last month by the Dolores Huerta Foundation against the Panama-Buena Vista Union School District claims the way that the district draws its trustee lines is illegal under the California Voting Rights Act and has “demoralized the Latino community and suppressed voter participation by Latinos.”

Panama-Buena Vista serves southwest Bakersfield, a community marked by rapid growth and demographic change in both its community and schools. Latinos made up nearly 60% of its 18,262 students and 45% of residents in its district boundaries.

Three of the five board members are white. They are elected from one district on the affluent west side of Bakersfield. The suit claims trustee boundaries have in effect enshrined a white, affluent majority. The other two trustees are elected from a second district with a growing Latino community.

But constituents and even board members themselves sometimes balk at the idea of taking race or ethnicity into consideration when drawing lines, key to both state and federal voting rights laws.

Panama-Buena Vista board member J.P. Lake said the suit filed against the district is “based on an ideology that assumes that people vote for candidates solely based on the color of their skin. That ideology is offensive to me.” He pointed to Black and Latina board members as evidence that the board is diverse.

However, proponents say that protecting minority voter rights is largely about protecting the interests of minorities. A candidate does not have to be the same racial or ethnic group as its supporters, said Christian Grose, professor of political science and public policy at USC. As an example, he points to strong Latino support of former U.S. Representative T.J. Cox, who is Asian American.

Kousser said the California Voting Rights Act has democratized California’s politics, but it has happened quickly and often quietly.

Central Unified, a school district east of Fresno, implemented tools that would help to involve the community, including technology that would allow the community to make their own maps. Ultimately, the board adopted a map that reflected the support of the community.

Central Unified parent Jacqueline Garcia got involved in the process when she realized that the elementary school community where she lived was split. She followed the process through YouTube and called in to share her point of view. She found the technology easy to use.

“I am just a normal resident and have never been involved in any politics,” she wrote by email. “It was encouraging to talk to community members and get their feedback. We felt powerful.”

No map is perfect, she said, but the new map better represents the district.

“It tries to balance as many people as possible,” she wrote. “We were celebrating when the School Board adopted our map.”

The story was changed to correct the details of Trustee Julie Bronstein's special election and how her district was redrawn.