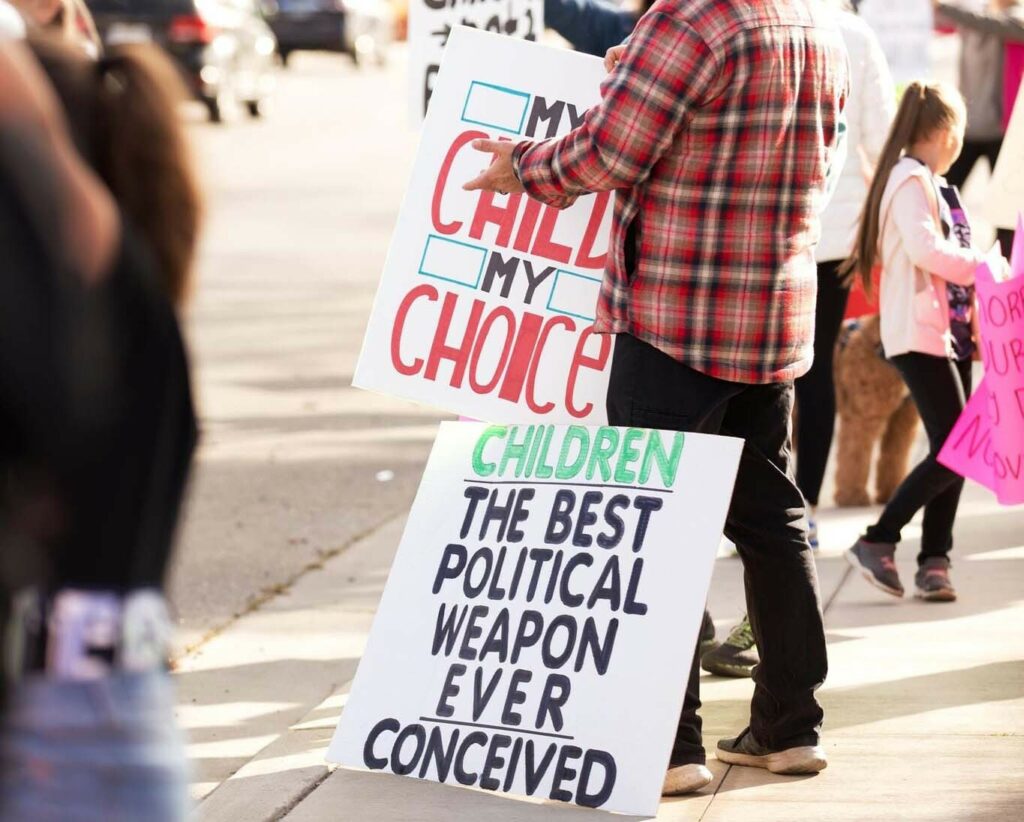 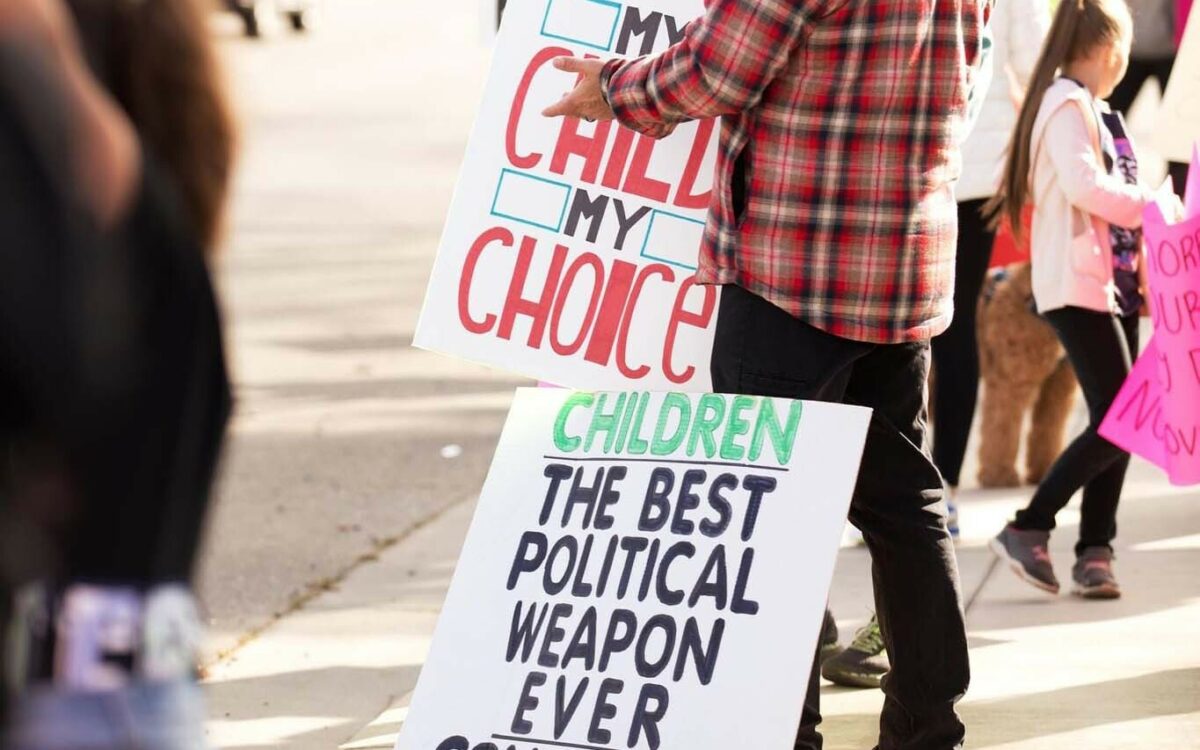 Uncivil discourse and hostile political rhetoric have seeped into the nation’s classrooms, leading to declines in support for teaching about race and racism, and sizable growth in harassment of LGBTQ youth, according to a survey of high school principals released this week.

Almost half of the 682 high school principals surveyed said the political divide deepened since the Covid-19 pandemic began in early 2020.

More than two-thirds reported substantial conflict at their schools over issues like the teaching of race and racism, LGBTQ+ rights and the use of social-emotional learning strategies in the classroom, according to “Educating for a Diverse Democracy,” by the UCLA Institute for Democracy, Education and Access, and the Civic Engagement Research Group at UC Riverside.

“The number of political conflicts in California are remarkably similar to the U.S. as a whole,” said John Rogers, a professor of education at UCLA and one of the authors of the study. “ … There is a high level of conflict around teaching and learning about race and racism, LGBTQ+ student rights and book banning.”

California stands out in the study regarding political vitriol between students. Students residing in areas of the state with a similar number of conservative and liberal residents are twice as likely to be hostile to students with different political viewpoints than students in similar communities in other states.

But California conservatives seem to be slightly less concerned about social-emotional learning than their counterparts in other parts of the country. Social- emotional learning has been used in schools for decades, but it has received additional funding and attention since the pandemic began. It involves teaching students about self and social awareness, self-management, relationship skills and responsible decision-making.

The uncivil discourse and political partisanship began boiling up after Covid school closures. Parents and other activists showed up at school board meetings demanding that schools reopen. After schools reopened, many returned to protest mask mandates, vaccine mandates and other safety requirements. Once Covid-19 protocols loosened, conservative activists turned their energy to fighting educational policies on gender identity and racial equity.

“My high school (faced) the whole conspiracy theory that Covid was not real, you don’t need to wear face masks, the people are sheep, we’re all dupes of the federal government,” said a California principal. “I held very, very stressful parent meetings. One of the parents was concerning to me personally with this vitriol and his anger, and calling me a ‘liberal communist moron.’”

Researchers interviewed principals in blue, red and purple congressional districts during the summer of 2022 to determine how the partisan divide has impacted schools. Of those principals, 150 were from California. Principals’ names were not included in the report.

“Many of the principals were extraordinarily thoughtful about these issues and were trying their best in these circumstances,” Rogers said. “They were hearing very vicious attacks, being called liberal Marxists or being threatened physically. One principal from California felt physically threatened at meetings.”

A few principals reported parents from different political positions challenging them, but overwhelmingly the incidents of conflict were sparked by conservative activists, Rogers said.

“There is a very vocal and politically organized group of parents/stakeholders with ultraconservative views that want to remove discussions about race from the high school classroom, believe that LGBTQ+ rights should not be upheld in the school system, desire to have Christian prayer in schools, desire books related to race and LGBTQ+ topics be removed from the curriculum and library,” a principal from Nebraska told researchers.

Hostility toward LGBTQ+ students on the rise

“Our wonderful school counselors also took abuse from parents,” said one California principal.  One counselor described to the principal how a parent had screamed at her on the phone and used a derogatory word for gay people. “It’s quite disheartening to work so hard and care for all our students when so many people are being hateful and threatening,” she said.

The conflict is changing the way some students are being taught. Some teachers were told to avoid hot-button topics like race and LGBTQ+ issues. Other teachers watered down their lessons in an effort to ratchet down the rhetoric among students and to avoid the ire of parents, according to the study.

At least one California principal has told his teachers to avoid talking about politics, elections and current events.

“Unfortunately, my parents cannot handle it, so I indicated that it’s not appropriate for them to teach these subjects in class,” he said. “This is not me or my administrative team being afraid of conflict. We are taking a pragmatic approach so that our school can function with as little disruption as possible and hopefully without violence.”

Sometimes educators, instead of leaning into controversial issues about race and LGBTQ rights, have become more hesitant, Rogers said.

“School and district leaders haven’t provided the professional development to help teachers to do this work well,” he said. “It’s difficult work to engage discussions about race, and teachers need help and support to do this.”

“A few teachers suddenly were looking to take offense at something in the training because of the word equity,” he said. “None of it was new to what we have been doing. What was new was the political rhetoric turning the word equity into a loaded term.”

Overall, California continues to provide professional development around teaching and learning about the history of diverse ethnic groups in both red and purple communities, Rogers said. He expects that may be because of the state mandate to teach ethnic studies starting the 2025-26 school year.

“They have a professional and legal obligation to prepare their schools to meet that state mandate,” Rogers said. “That doesn’t mean we won’t have conflicts and battles ahead as schools prepare to implement these programs.”

The strong emotions that come with the high level of political partisanship being experienced in the United States are making it difficult for schools to help students distinguish fact from fiction. It is made even more challenging when there is no agreement about what constitutes legitimate information.

Almost two-thirds of the principals surveyed said that parents or community members have challenged the information or media sources used by teachers in their classrooms. This is most problematic in purple districts where more than a third of principals reported it occurred three or more times.

“There is so much information at everyone’s fingertips that it has made it hard for parents and students to decide what is real and what is fake,” said a principal from Michigan.

Schools in purple areas have the most political conflict

Conflicts have been more prevalent in purple areas because of their ideological diversity, but there also has been a coordinated effort to target schools in those areas for political reasons, Rogers said. A disproportionate number of districts in politically contested areas have had conflict about teaching about race or racial inequality, according to the report.

California GOP Parent Revolt and other conservative organizations took advantage of the anger parents felt about school closures and Covid protocols to recruit and train them to run for school boards. They planned to get conservative candidates on boards to fight educational policies on gender identity and racial equity and to promote other conservative issues. The red wave did not happen, but Republican leaders say the effort will continue.

“I do think California seems to be in a space in which the Republican Party can activate and energize a base, and to the extent that is true, one would expect continued activity in this area at a great cost to public education and democracy,” Rogers said.

Some politicians have decided it is to their strategic advantage to push conflict targeting public schools, he said.

“It is important going forward that parents, students and educators speak out about their commitment to a diverse democracy and let the community know we stand for protecting LGBTQ+ students, and we stand for teaching the full history,” Rogers said. “Unless we have broad public commitment to these goals, a small number of angry voices will dominate the conversation.”