Noncitizen parents can vote in San Francisco school board recall. But will they? 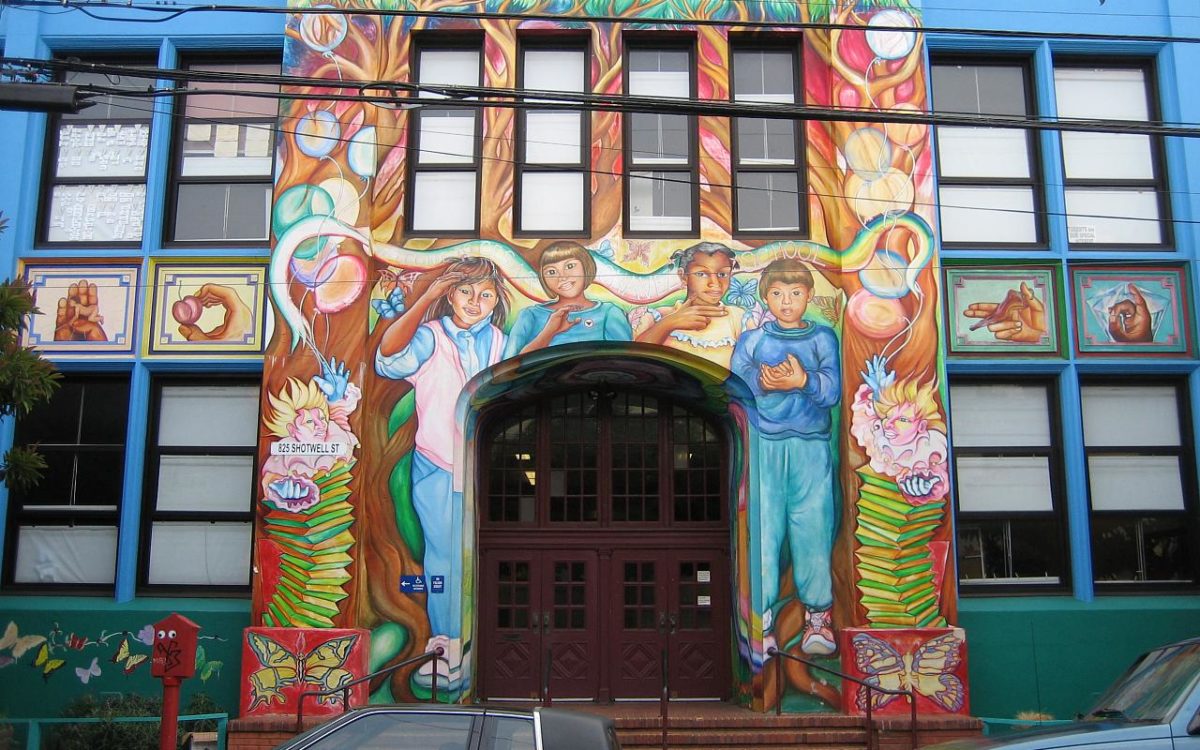 Immigrant parents and advocates in San Francisco have been handing out flyers at schools and food banks, giving presentations at parent meetings and working with the school district to send out an important message to parents: you can vote in San Francisco school board elections even if you are not a citizen.

San Francisco has allowed noncitizen parents and guardians of children living in the city to vote in school board elections since 2016 when voters passed Proposition N. Immigrant parents who are not U.S. citizens have now voted in three San Francisco Unified Board of Education elections in the city.

“I am an immigrant who came to this country as a child. I was 12 years old,” said Myrna Melgar, a member of the Board of Supervisors. “And I remember so clearly having to translate for my parents at school so that they would understand what was going on and the decisions that were being made by the administration on their behalf. I think it is just a basic right that folks have to participate and weigh in on the decisions that are being made.” Melgar was one of the supervisors who championed making permanent the ordinance allowing noncitizen parents to vote. She made her comments during a recent news conference explaining the noncitizen parent vote.

San Francisco is the only community in California to allow permanent residents and other noncitizens to vote. Before the pandemic, the Los Angeles Unified School District began considering the idea as well. Chicago allows noncitizen parents to vote in local school council elections. New York City just passed a law allowing permanent residents and those authorized to work in the U.S. to vote in city elections. Several cities in Maryland and Vermont allow the same. New York City also allowed noncitizen parents to vote in school board elections from 1968 to 2003, when the city began appointing instead of electing school board members.

The Immigrant Parent Voting Collaborative, a group of San Francisco organizations that advocated for the right to vote, has been getting the word out about how to register to vote as a noncitizen parent and explaining the San Francisco recall election. The group has hosted workshops and distributed flyers and videos in English, Spanish, Cantonese and Mandarin.

Three parents who belong to the collaborative spoke during an online news conference about the noncitizen parent vote. One mother of three in San Francisco schools, Ah Yee, said she is thrilled that noncitizen parents can vote in school board elections. When she immigrated to the United States from China, she said, she did not know much about the U.S. education system.

“I wasn’t aware that my voice and involvement could affect and influence the quality and success of my children’s schooling,” she said through a translator.

Lucía Obregón, policy analyst and organizing manager at the Mission Economic Development Agency, one of the Immigrant Parent Voting Collaborative’s member organizations, said the collaborative is nonpartisan and is not trying to influence the recall election in any way.

“The more people vote, the healthier the decision-making we can make as a group,” she said.

As of Feb. 3, 243 noncitizen parents in the city were registered to vote in the recall election, and 51 of them had turned in ballots, according to the San Francisco Department of Elections. Voters can still register after the deadline at City Hall or at polling places on Election Day. That number is much higher than the number of noncitizen parents who registered for previous elections. Still, many eligible voters may not be registering.

“There are several barriers, one being fear,” Obregón said.

Noncitizen parents may be afraid that their information could be shared with Immigration and Customs Enforcement or other agencies. In addition, when applying for U.S. citizenship, immigrants must respond to a question that asks whether they have ever voted in federal, state or local elections. According to U.S. Citizenship and Immigration Services policy guidance, if a person answers yes to this question, the agency investigates further to see whether it was legal for that person to register to vote in their city or state, and whether the applicant knowingly claimed they were a U.S. citizen, which could negatively affect whether they are considered to have “good moral character,” a requirement for naturalization.

“The Department of Elections can give you a letter saying you voted legally because it’s something that’s allowed in San Francisco, but that’s still going to be a deterrent because people want to have a good standing and they don’t want to do anything that’s going to jeopardize their naturalization,” Obregón said.

Elected officials and advocates for noncitizen parent voting say it’s important because many of the district’s parents may not be citizens. More than half of San Francisco Unified’s students speak a language other than English at home, but since school districts cannot track students’ or families’ immigration status by law, it is not clear how many of those students’ parents are U.S. citizens.

“If we leave out those families in terms of who has a say in school districts, it’s a big gap in terms of whose students’ needs are we meeting and the decisions that are being made at the school board level,” said Olivia Zheng, immigrant rights community advocate at Chinese for Affirmative Action, one of the organizations that belong to the Immigrant Parent Voting Collaborative.

Even if parents are hesitant to vote, giving them the right to vote is important, she said.

“Even just having that right is a really important way to show that it is important to hear all voices. And it’s important for school board commissioners to know that those families care about their children’s education,” Zheng said.