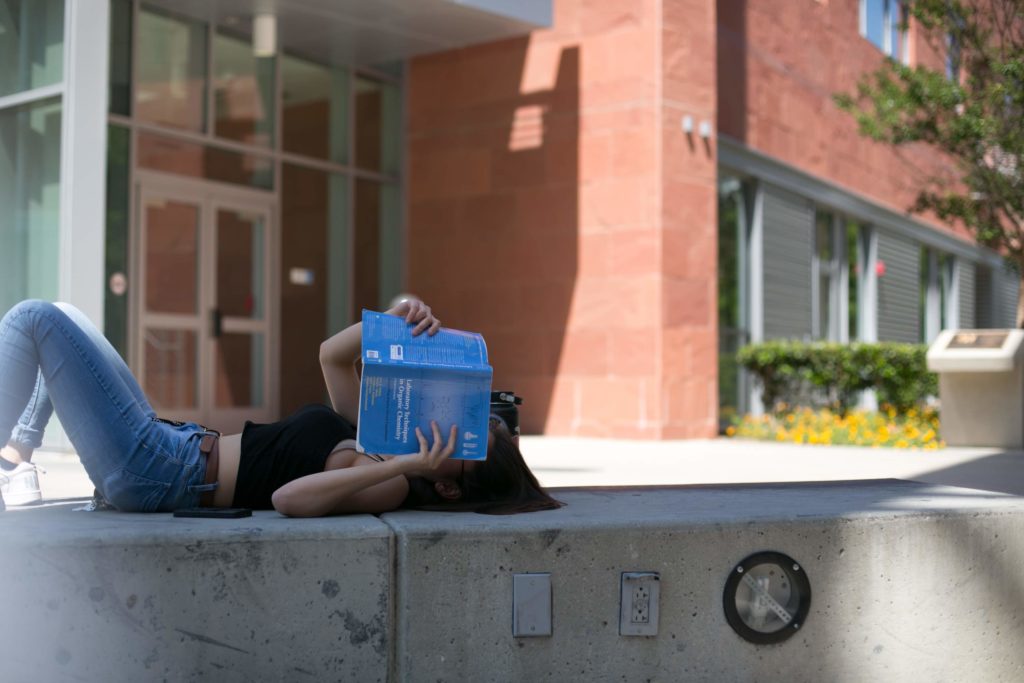 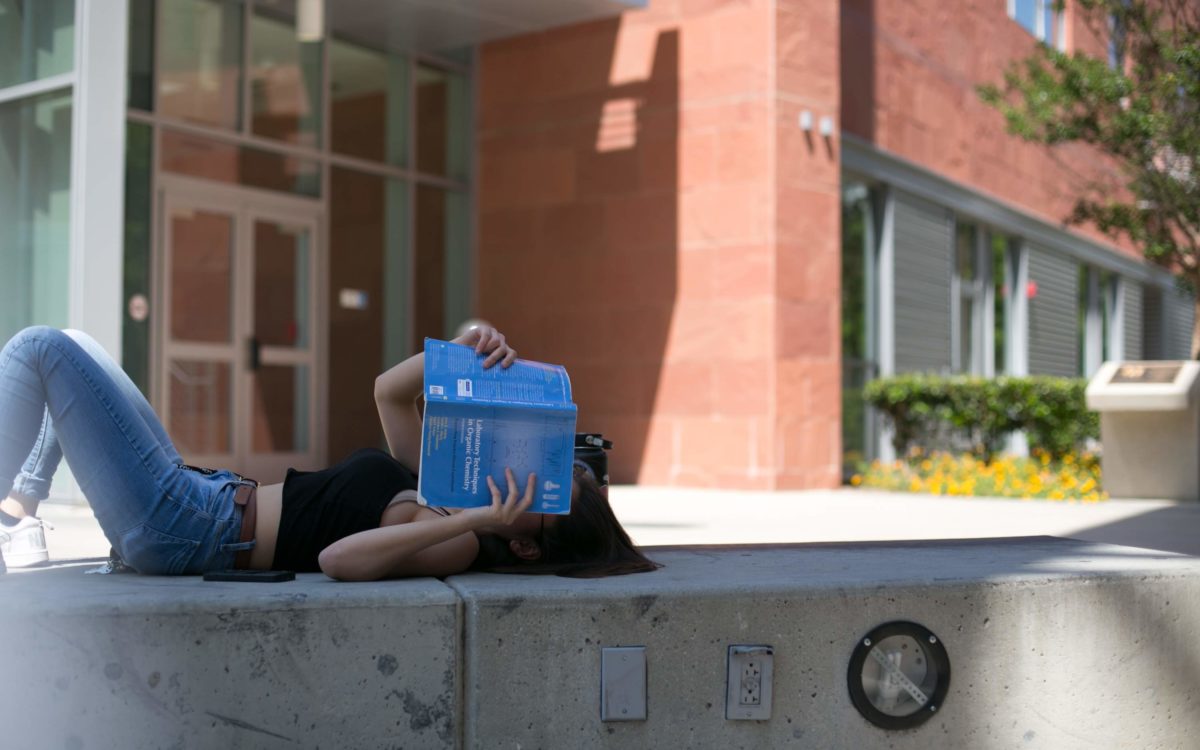 More than one year after California lawmakers set aside $115 million to expand free textbook programs across the state’s system of 116 community colleges, the money remains stalled in the state chancellor’s office.

The funds have yet to reach the colleges or support the system’s students who often spend hundreds of dollars per semester to buy books.

The funding was approved last summer by lawmakers and Gov. Gavin Newsom, just months after Newsom generated headlines when he called the textbook industry a “racket.” The money is meant to fund degree and certificate programs that will allow students to complete those programs without spending anything on textbooks.

For months, the money has been with the statewide chancellor’s office that oversees the colleges. Officials said they can’t distribute funds until they finish developing an application for the colleges to fill out. That application is expected to be available to the colleges within the next month. They also needed time to build a portal that will allow the college system to track whether the free textbook programs are contributing to student success.

The colleges are waiting for that funding, said James Glapa-Grossklag, dean of educational technology and learning resources at College of the Canyons in northern Los Angeles County. That college already has some free textbook degrees available and could develop more with additional funding.

“My colleagues in the community colleges regularly ask me when we can expect the state chancellor’s office to roll out the funding to the colleges,” added Glapa-Grossklag, who was also formerly the president of the Community College Consortium for Open Educational Resources. The consortium advocates for open textbooks and other materials, believing they bring greater access to higher education. Open educational resources include textbooks and other learning materials that are available for free in the public domain and are the main avenue colleges use to provide zero-cost textbooks to students.

Once the money is allocated to colleges, how it’s spent could vary from campus to campus. Some colleges may use the money to pay faculty who can adapt open textbooks to best suit their classes, such as by using an existing textbook but adding material that’s specific to the course they’re teaching.

Sometimes, the openly licensed material may not fit the needs of a given class, acknowledged Cailyn Nagle, the open educational resources program manager at the Michelson 20MM Foundation, an organization that advocates for open textbooks. “There are classes where you need modern novels, for example. Those aren’t going to be in the public domain, but the students still need access to them,” Nagle said. In that case, the funding could pay for those materials.

Already, there are several colleges across the state where students can complete certain degrees without paying for textbooks, usually by accessing open textbooks. In 2016, lawmakers allocated $5 million as part of a pilot program for colleges to develop zero-textbook-cost programs. Over the following three years, 19 colleges that received grants reported developing a total of 37 no-cost textbook degree and certificate programs, according to the chancellor’s office.

The latest $115 million investment is meant to massively expand those types of programs across the state. The money is primarily meant for programs that use open textbooks, but there is some flexibility for colleges to use the funding to pay for more traditional materials that aren’t openly licensed, Nagle said.

In addition to saving students money, some data suggests students also perform better academically when they don’t pay for textbooks because no cost means no barriers to getting textbooks. Across the zero-cost textbook programs that were part of California’s pilot program, grades for all students were 3% higher than grades for students in the same classes taught with traditional class materials, according to the Community College Consortium for OER.

Other research has also suggested that students with access to open educational resources perform better than their peers, with that trend being especially true for recipients of Pell Grants, the federal financial aid awards available to low-income students. Oftentimes, low-income students will skip buying textbooks altogether when they can’t afford them. In 2020, 65% of college students reported skipping out on buying course materials because they were too expensive, according to a national survey.

Among the students who have benefited from free textbook courses is Noe Estrada, who enrolled at College of the Canyons in 2019 and was initially shocked at the price of textbooks. With the cost of each book ranging from $150 to $250, a semester’s worth of textbooks could be as expensive as $1,000, Estrada said. For students like Estrada, textbooks are more expensive than even tuition, which is $46 per unit at the community colleges, a fee that is waived completely for the majority of students.

Several factors contribute to textbooks being so pricey, including that there is little competition in the industry: Just a few publishers have control of about 80% of college textbooks. To prevent students from sharing textbooks with one another, digital versions of the books often come with an access code that expires after the term. Some professors also assign books that they author which would earn them royalties from the sales.

During his first few terms in college, Estrada sometimes skipped out on buying his textbooks because other expenses, like buying baby formula for his newborn son, took priority.

Things changed for Estrada when, in 2020, he enrolled in a sociology class that didn’t require students to pay anything for the course’s textbook because the class used materials available for anyone to use for free.

“My professor, she was awesome. She understood the impact that the cost of college has on students. She sent us a link to a website that had the free textbook. And that’s how I learned about all these free books,” Estrada said in an interview.

From that point, Estrada only enrolled in courses that used free textbooks, of which there are many in College of the Canyon’s sociology department. He said he used the website Rate My Professors to find professors who used free textbooks. He ultimately finished his associate degree in sociology this spring and is transferring this fall to California State University, Northridge.

In addition to affordability, there are other benefits to open textbooks, said Nagle.

For example, unlike many online textbooks that students access with a code that expires after one term, students can access open textbooks in perpetuity. Nagle, who received a bachelor’s degree in anthropology and archaeology from the University of Georgia, recalled using a first-semester geology open textbook throughout her four years at college.

“By the time I was in other advanced geology classes, I was still referring back to it. So if I lost access at the end of the term, I would’ve been struggling my third year,” Nagle said.

Nagle also pointed out that open textbooks are downloadable and students don’t need an internet connection to access them. “If you have five people that you live with that all need to use the internet at the same time, you could be struggling to read the digital textbook that always has to be connected to the internet,” they said. “With an open textbook, you can download that material. You don’t have to constantly be online to reference it or to access it.”

Soon, more students across the state could have the ability to access those materials and finish their degrees or certificates without paying for textbooks, advocates say.

Newsom said last year during a budget news conference that it is California’s “obligation to disrupt” the textbook industry. “I am committed to addressing the racket that is textbooks in this country,” he added at the time.

By next month, the chancellor’s office plans to allow colleges to begin applying for a piece of the $115 million that was included in last year’s budget, said Marty Alvarado, executive vice chancellor for educational services. Rather than automatically getting a portion of the funding, the colleges must apply for it because the legislation specifies that the money must be distributed competitively, Alvarado added.

Alvarado said she knows many colleges are “concerned that the dollars haven’t rolled out.” But she added that in addition to building the application, the chancellor’s office staff has spent the past year building a data portal that will allow the college system to track how the money is benefiting students, such as whether funding zero-cost textbook degrees lead to better grades and higher success rates for students.

Alvarado said the system needs to be able to track the success of students so that it can have strong evidence to point to when it advocates for more funding for zero-cost textbook programs in future budget cycles.

The chancellor’s office also plans to launch a task force this fall, Alvarado said, to further consider zero-cost textbook programs and determine how the system can best advocate for additional spending from the state.

“We needed to make sure that our approach was intentionally designed to support students, help colleges make the progress needed, and then think about the state-level structures that need to be in place to ensure that this isn’t something where every year we are advocating for more money but we’re not able to show what the impact on students is,” she added.

Nagle said that while “timelines are timelines,” she appreciates the chancellor’s office being thoughtful with how it rolls out the funding, particularly given the $115 million price tag.

“With an investment of this size, if the tradeoff is doing it right or doing it on time, I’d much rather they do it right,” Nagle said.