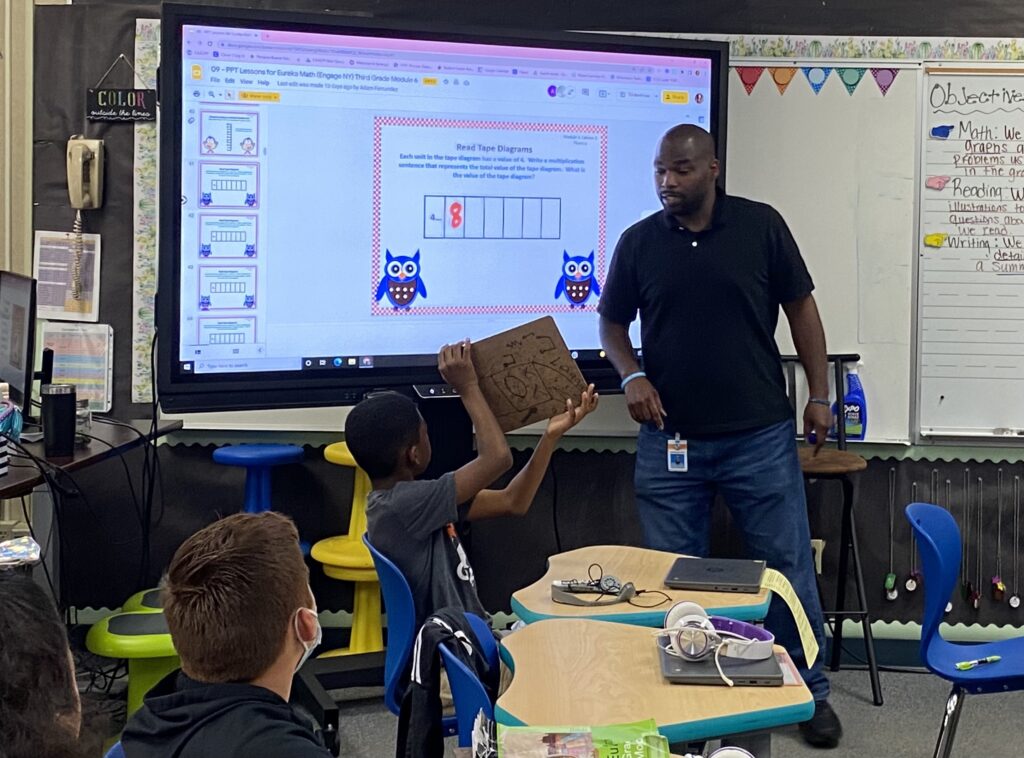 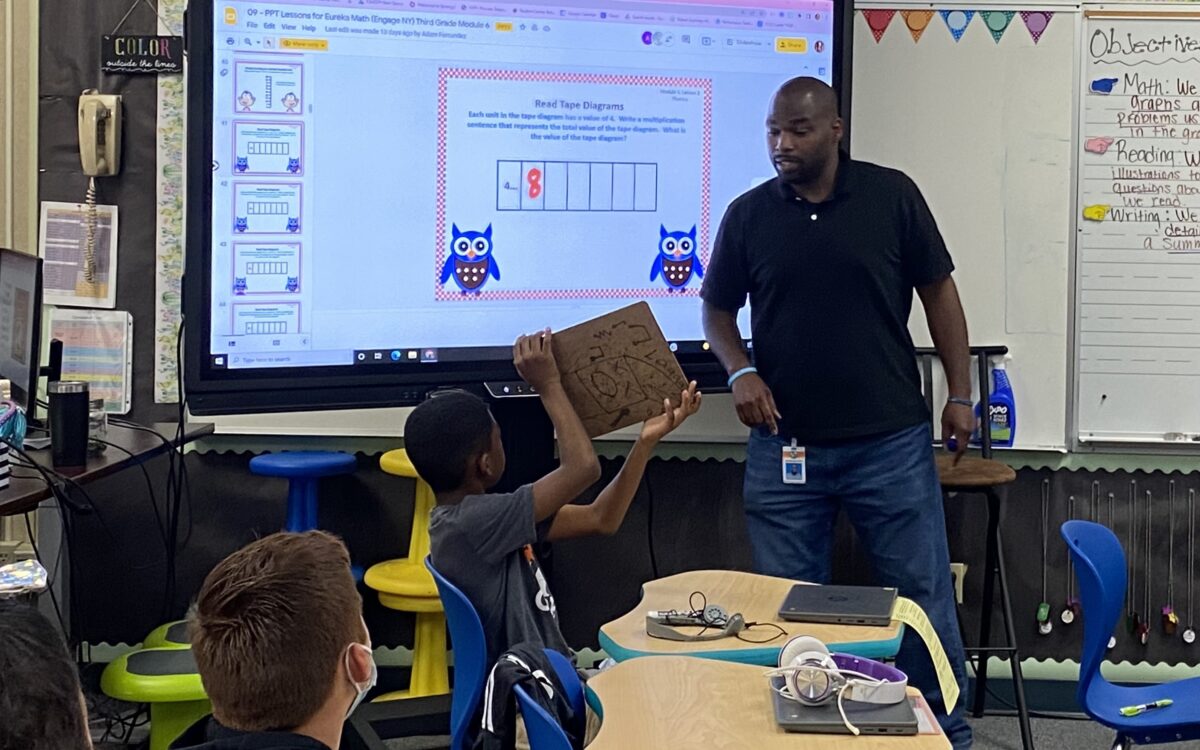 When Dominique Alexander Lane struggled to pass math tests in third grade, her teacher told her that she was never going to get it.

Now Lane has returned to Seibert Elementary, the Bakersfield school she attended as a child, through a teaching residency launched in the spring by Cal State Bakersfield. The Black Educator Teacher Residency (BETR) is aimed not only at recruiting Black teaching candidates like her but at transforming the education system for Black students.

Black students often have negative experiences in school, as Lane did. The educational system — from the curriculum and the books students read to systems of practice — wasn’t created to support Black students, according to Shaylyn Marks, the director of teacher credentialing for CSUB teacher education.

BETR looks at ways to transform this system, Marks said.

A report released by the California Department of Education in March cites research showing that Black teachers reduce the likelihood that Black male students will drop out and increase the likelihood they will attend a university. Black students score higher in reading and math, and they are less likely to be removed from the classroom, when they have a Black teacher.

Lane said her very presence in a classroom offers a powerful statement for students. She is a Black woman who found success through education while growing up in a neighborhood where gang violence and drugs were constant threats. Her background also makes her sensitive to students’ needs. She sees herself in students who are late to school because they are caring for younger siblings.

“I want to be this teacher that I needed when I was growing up,” Lane said.

To improve diversity among their ranks, school districts have increasingly turned to teacher residency programs that cover tuition and offer a stipend for living expenses, while residents train under a seasoned teacher. Data shows the strategy is working.

“The retention rate is far higher than someone who is traditionally prepared,” said Keilani Goggins, the director of the Black Educator Initiative for the National Center for Teacher Residencies. “It’s an investment that pays dividends.”

There is increasing funding from both the state and federal governments to create and expand residency programs. The governor’s most recent budget proposes $500 million to expand residency slots for teachers and counselors.

Administrators are excited about a program that not only recruits teacher candidates — crucial during a teacher shortage — but gives them a full year of training alongside veteran teachers. They get to know their students, which is key to the district’s culture and support systems for students.

“It’s hard to build relationships if you don’t have the opportunity to stay in a classroom for a long time,” said Rachelle Montoya, Panama-Buena Vista Union’s director of professional development.

Marcus Epps, a resident at Castle Elementary, said he recognizes himself in some students with behavioral issues. He said he understands that some might lack structure and love in their lives. When they do something wrong, he doesn’t immediately punish them. Instead, he talks to them and discusses how to get back on track.

“Let me see what the problem is, let me talk to you, let’s get down to the nitty-gritty,” he said.

Epps grew up in majority-Black Jackson, Mississippi, where most of his teachers were white women, so he understands just how important Black male teachers like him are. He said he takes his responsibility as a role model seriously.

But bringing in Black educators and their allies into the field is just one piece of BETR’s strategy. The other is the Afrocentric coursework that CSUB offers to its teaching residents.

Residents take the same courses as others earning their teaching credentials, but their program is embedded with the histories, cultures and excellence of Black people, Marks said. A course on literacy, for instance, discusses strategies for teaching young readers who speak with a different dialect and vernacular, which is common for many Black youth.

“Traditional phonics may be unintentionally setting them up for failure if they have a pronunciation that doesn’t match up with standards,” Marks said.

Teaching mathematics will include context about Black underrepresentation in math and science fields and strategies for engaging students. In a course on classroom management, residents might discuss the different types of power dynamics in communities, households and classrooms. They learn the concept of a growth mindset, which means that students will never be told that they aren’t good at math, as Lane was.

The curriculum has been made possible by the newly launched CSU Center for Transformational Educator Preparation Programs, which is focused on recruiting and retaining diverse educators throughout the CSU system. The goal is to ultimately use the texts and lesson plans developed in the BETR program in other courses in the department, said Evans-Santiago.

BETR’s explicit focus on Black history and Black learners marks it as notable at a time when there’s a backlash against teaching accurate history, said Tab Grossman, a spokeswoman for the National Center for Teacher Residencies.

BETR kicked off in the Panama-Buena Vista Union with six residents, but the coursework is taught virtually, which will allow the residency to expand well beyond Bakersfield, according to Bre Evans-Santiago, chair and assistant professor of CSUB teacher education. CSUB is also working on bringing school districts in the Antelope Valley on board.

Administrators appreciate the unique features of the BETR program, and they’re hoping to see it expand. Residents share valuable strategies for working with a Black student population with their mentors, who then share it with their grade levels. It’s having a ripple effect in the district, according to Melissa Morales, a director of professional development in Panama-Buena Vista Union.

“[The residents are] in school, so they’re learning the latest and the greatest,” said Morales. “They’re bringing in a lot of fresh ideas.”