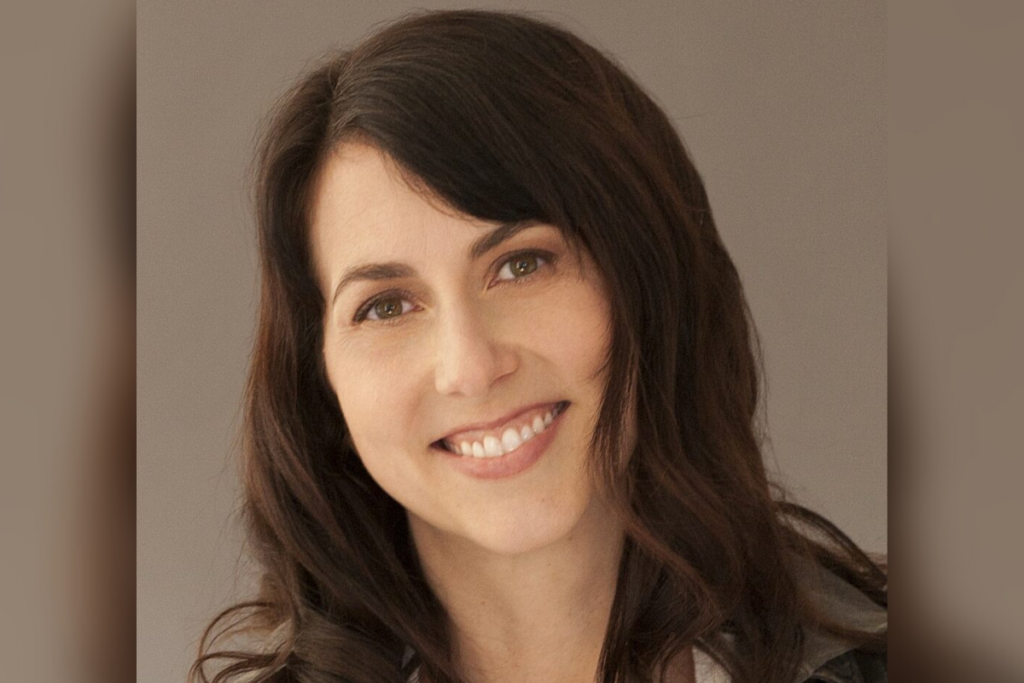 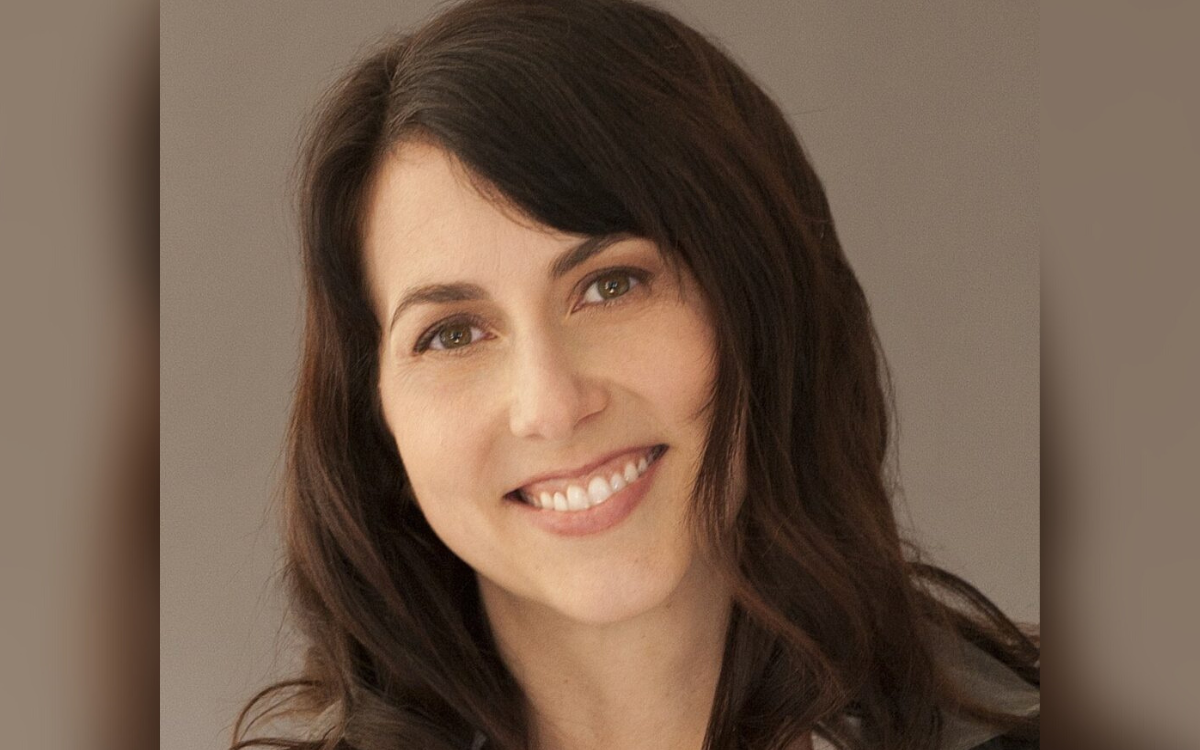 In 2019, philanthropist MacKenzie Scott made a pledge to donate at least half of her fortune to good causes. A new database launched by her foundation last week proves she is well on her way to making that happen, having donated $14 billion to more than 1,600 non-profit organizations including 128 in California.

More than half of the donations in California have benefited organizations that focus on education and youth development, including public schools, colleges and universities; education research organizations; and after-school programs. The gifts, most often in the millions of dollars, have come with no strings attached, allowing the recipients to choose how to spend the money.

“We each come by the gifts we have to offer by an infinite series of influences and lucky breaks we can never fully understand,” Scott said in her 2019 pledge. “In addition to whatever assets life has nurtured in me, I have a disproportionate amount of money to share. My approach to philanthropy will continue to be thoughtful. It will take time and effort and care. But I won’t wait. And I will keep at it until the safe is empty.”

Scott, an author, was formerly married to Amazon founder Jeff Bezos. She currently has a net worth of $25.3 billion, according to Forbes.

Since her pledge three years ago, Scott and her representatives have quietly researched candidates, looking for those with the potential to make sustained positive impacts, according to the website Yield Giving — a newly launched searchable database of the gifts. Scott has made donations with little fanfare to often surprised recipients.

Scott, who posts information about her charitable endeavors on her blog, announced last December that she would launch the database to provide more transparency about the donations. According to information on Yield Giving, she plans to change the process to allow organizations to apply for funds.

Luis Rankins-Ibarra, superintendent of Escondido Union School District, was surprised to get a call in September from someone identifying themselves as a representative of a philanthropist who wanted to learn more about the district. He was even more surprised to get a second call in October saying that Scott was donating $16 million to the district. It is the largest donation in the school district’s history.

“She is investing in our future, and she knows the biggest impact will be in our district,” Rankins-Ibarra said. “Our students are doctors and lawyers. They are our scientists and mathematicians. This is where it begins. Her investment in education speaks highly of her. …. Schools change lives for kids.”

Escondido Union School District in San Diego County is in a high-needs community with 80% of the students eligible for free or reduced-priced lunch.

The donation from Scott will be used to build a base of support for a new strategic plan that Rankins-Ibarra said will be more student-focused. Stakeholder groups made up of parents, teachers, administrators and other school staff had already started designing the strategic plan when Scott made the donation, he said.

Students have expressed an interest in more authentic experiences that are connected to the real world, so the money could be used to provide things like culinary arts facilities, television studios or mobile maker spaces at schools, Rankins-Ibarra said.

Scott also has donated to other California school districts, giving $20 million to Fresno Unified and $1.5 million to Kings River Union Elementary School District. Lindsay Unified in Tulare County was among the recipients that have yet to disclose the amount it was awarded on the website. Rather, the district announced the $8 million award on Twitter.

The Foundation for Fresno Unified Schools used its donation to create an endowment, said Diana Diaz, district spokeswoman. It will provide college scholarships for high school seniors in the district, where 87% of the student population is identified as socioeconomically disadvantaged.

“Ms. Scott’s donation is positively impacting our students, many who will be the first in their family to attend college,” Diaz said. “The years of classroom support our teachers provide can now be coupled with scholarships for graduating seniors to help them achieve their full potential. Ms. Scott’s gifts continue to open doors, break down barriers and pave the way for a better tomorrow across the country.”

One of the most recent donations was announced on Twitter last week by Lindsay Unified School District. The Educational Foundation at Lindsay Unified was given $8 million. District leaders quickly posted a video of students, parents and staff thanking Scott for the grant.

“We appreciate all the opportunities, because we have been working really hard, and it’s really nice to see that someone believes in us and is willing to give us the resources to get even further,” said a Lindsay Senior High School student on the video.

“Your gift to the foundation and to the school district truly will impact hundreds if not thousands of Lindsay learners for generations to come,” said Superintendent Tom Rooney, who also is chairman of the foundation.

“Ms. Scott’s philanthropy focuses on institutions whose work accelerates equity, diversity and inclusion for the greater good of our societies,” Chandler said. “It is our understanding that CSUN was identified after a rigorous review of institutional data and programming within this context. She also tends to invest in proven women leaders and leaders of color. At the time of the gift, CSUN’s fourth consecutive female president (Erika D. Beck) had just been named.”

Scott also has promoted education through donations to the Learning Policy Institute in Palo Alto, an education research organization, and the Urban Ed Academy in San Francisco, which works to increase the number of Black and brown male teachers in schools.

Outside of education, Scott’s donations have also focused on assisting organizations involved in work around health, equity and race, the environment, economics, preserving democracy and promoting arts and culture. In California, some of these recipients include Planned Parenthood, Goodwill, Habitat for Humanity and Meals on Wheels, as well as numerous local community-based organizations.

The largest donation in California went to the California Community Foundation, which was given $50 million, according to the website. The organization manages charitable foundations and funds in the Los Angeles Area. Scott donated two homes in Beverly Hills to the organization.

“Ms. Scott’s targeted philanthropy is shining a global spotlight on institutions across the country who are making significant contributions to elevating our societies through access to higher education for populations that have been traditionally left behind,” Chandler said. “Her transformative giving is an incredible recognition of our distinct missions and service to our communities. In short, her giving is fueling our collective advancement toward justice, equity, diversity and inclusion across the higher education landscape which is shaping our nation.”