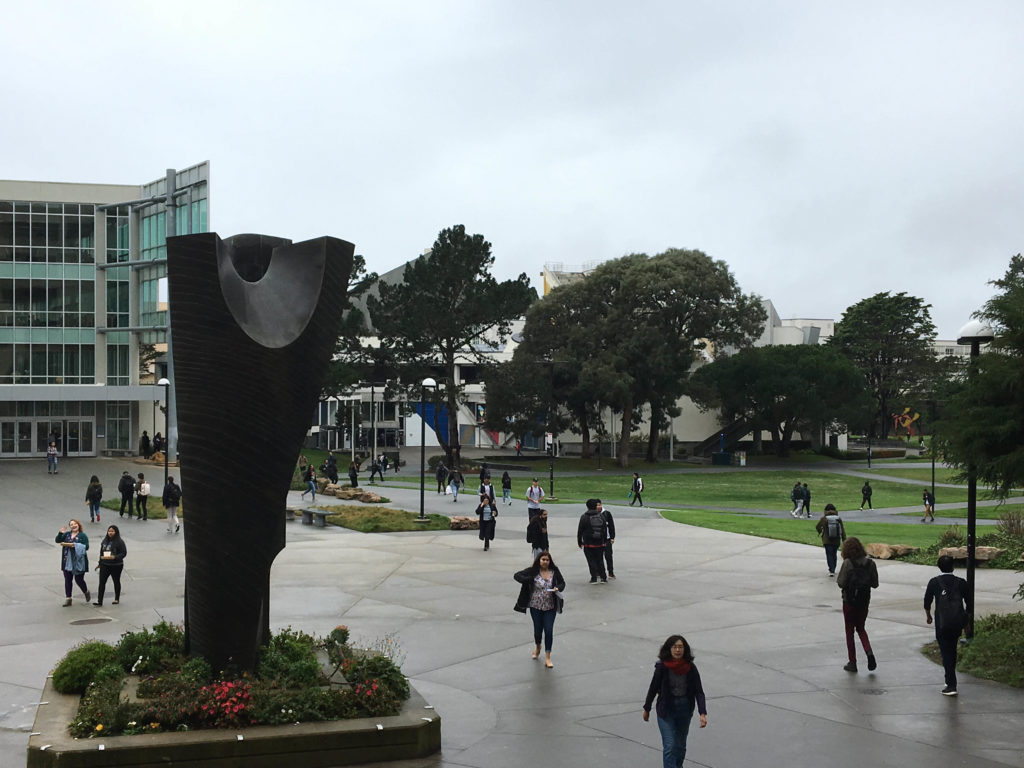 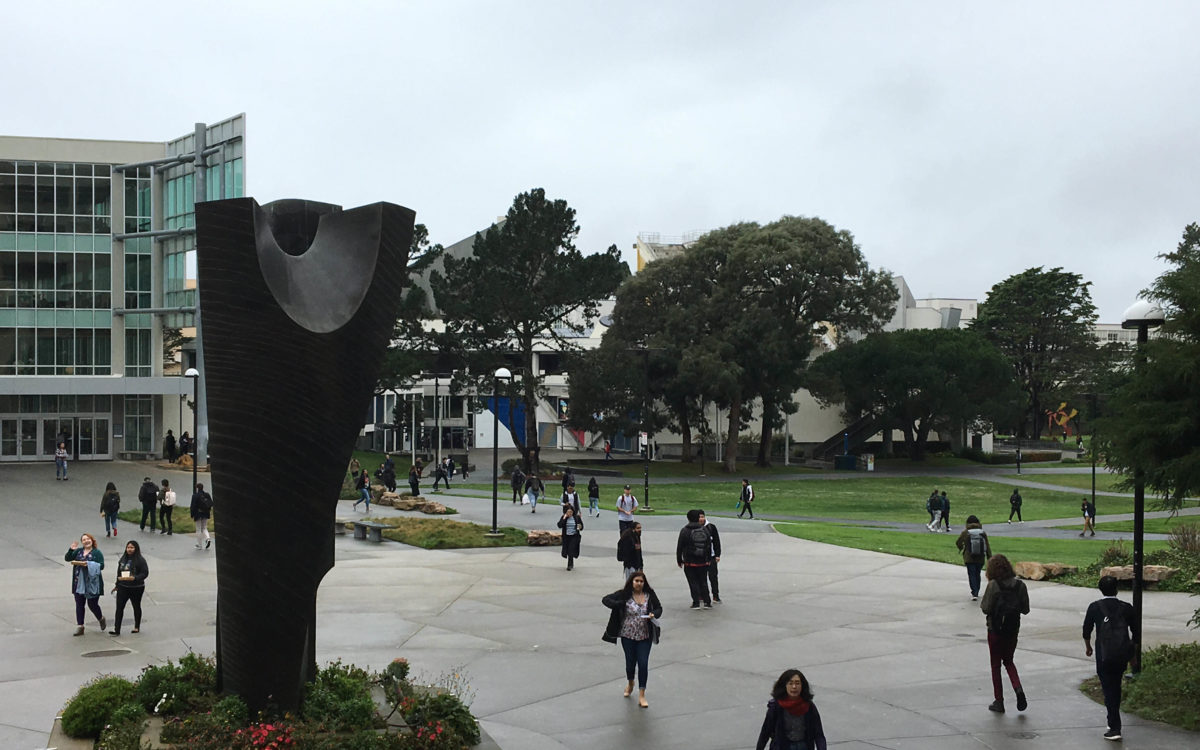 Fifty-four faculty members, coaches and other non-mangagement employees at 12 California State University campuses were found to have committed violations of sexual misconduct and discrimination policies in cases resolved between 2017 and 2021, some resulting in firings and resignations, new information released by the university system shows.

The violations included unwanted sexual advances, including requests for sex, unwanted touching and kissing, and discrimination based on gender and race, according to the records. The case summaries were released in the wake of recent controversies over how the 23-campus system, the nation’s largest four-year public university, has handled sexual harassment complaints and disciplined employees.

The records reveal cases involving 54 employees, six of whom committed two or more offenses. They include 38 people with academic job titles, such as professor or assistant professor, and almost all of them involve complaints by students. Cases from another five CSU campuses will be released later this month. The remaining six campuses had no records of such misconduct, a university official said.

EdSource originally filed a public records request for all case files in May but agreed to receive the summary information after university officials said it could take up to a year to review and redact information identifying victims in the voluminous files.

In at least one case, a professor found to have committed violations of the university’s policies prohibiting sexual and gender harassment and sexual misconduct, resigned from one CSU campus only to later land a teaching job at another. Another professor resigned after San Francisco State University decided to fire him after it found he had “an intimate relationship with two students during a time when he had significant academic authority over both.” That person now teaches at a university in South Carolina.

The remaining CSU campuses that released summary information on sexual harassment cases are listed here with links to the cases:

Other cases resulted in suspensions for weeks and sometimes semesters, letters of reprimand and counseling for the offending employee, the summaries show. The investigations themselves can take years.

At CSU system headquarters, a spokesman for the Chancellor’s Office defended the review and disciplinary process.  “While the circumstances of each instance outlined in the summaries can vary significantly, after a finding of misconduct or policy violation was substantiated, the respective campuses worked to resolve the issues by taking appropriate action and following necessary procedures,” the spokesman, Michael Uhlenkamp, wrote in a statement Monday.

The new documents did not include any possible court decisions after the CSU actions if the employee filed an appeal. “Faculty and staff are represented by unions and have various additional rights to their employment, including the right to appeal any discipline for review and decision by an outside agency,” Uhlenkamp added.

The summaries were released nearly six months after Chancellor Joseph I. Castro resigned in the wake of a revelation that Castro failed to aggressively discipline an underling and personal friend, Frank Lamas, when Castro was president of Fresno State in 2020. Castro agreed to pay Lamas $20,000 in Fresno State funds and write him a letter of recommendation for other jobs in exchange for Lamas resigning after an investigation found he sexually harassed an employee.

Students protested and faculty called for Castro’s removal when the deal became public. CSU trustees ordered an independent investigation of sexual harassment across the massive system.

Earlier this year, CSU released similar summaries of management employees who committed sexual misconduct, including viewing pornography on university computers and managers who sexually harassed people on their staffs.

A professor at Chico State resigned before he could be disciplined while facing charges of gender harassment of a student and having what was called a “prohibited consensual relationship” with a student, according to the summaries. The professor, Michael Regan, was then hired to teach in the kinesiology and sociology departments at Cal State East Bay in Hayward where he remains.

A spokesperson for Cal State East Bay said the school was “looking into” Regan’s hiring. At Chico State, a spokesman told EdSource by email it could not be immediately determined if the East Bay school requested any information on Regan’s tenure at Chico.

In an email, Regan told EdSource, “I was open about pursuing a consensual relationship and decided to resign at the conclusion of the semester and not to return for my final visiting semester due to policy on conflict of interest on relationships.”

In another case, a San Francisco State business professor, Oscar Stewart, “engaged in consensual sexual relationships with students when he had significant academic authority over both,” according to summary information that was drawn from a misconduct investigation into his actions.

The university officials decided to fire Stewart, but then allowed him to resign, the records show. He is now a professor at the College of Charleston in South Carolina.

In an email on Monday, Stewart said that the university released “false information” about him. “I resigned so as not to deal with a university that never supported me throughout the process of retaliation by a group of conservative students who coordinated to retaliate against my anti-racist pedagogy.” A spokesperson for San Francisco State didn’t respond to an email sent late Monday.

An expert in college sexual harassment cases said it is clear that professors should know better than to pursue relationships with their students.

“Just having a relationship is a violation of the school’s duty of care and a violation of the truth, and the authority a professor has over a student,” said Nancy Hogshead-Makar, an attorney and advocate for Champion Women: Advocacy for Girls and Women in Sports.

One out of every 4 women in college have been sexually harassed or assaulted, she said, adding that the CSU complaints show that the victims are willing to speak up.

Hogshead-Makar said it can be difficult to prepare young people, especially women, for what to do when they encounter these incidents. Unfortunately, these incidents can really impact their lives, she said, adding that some choose to change their majors or their professions as a result.

“I’m just so impressed with this current generation that is speaking out,” she said. “I just turned 60 in April. In my lifetime, the difference between women stepping out to speak on peer and professional sexual harassment is just night and day.”