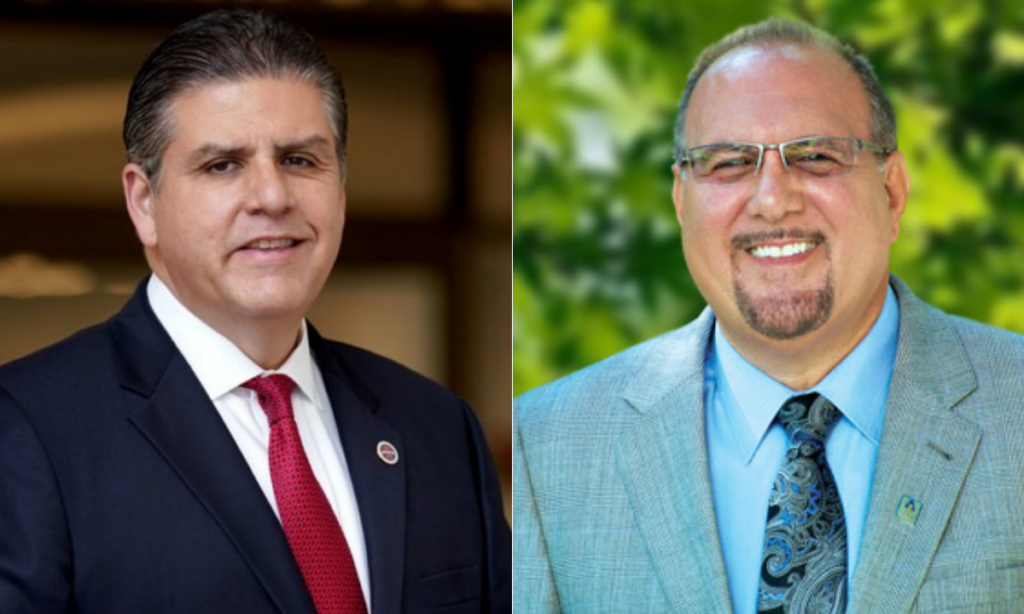 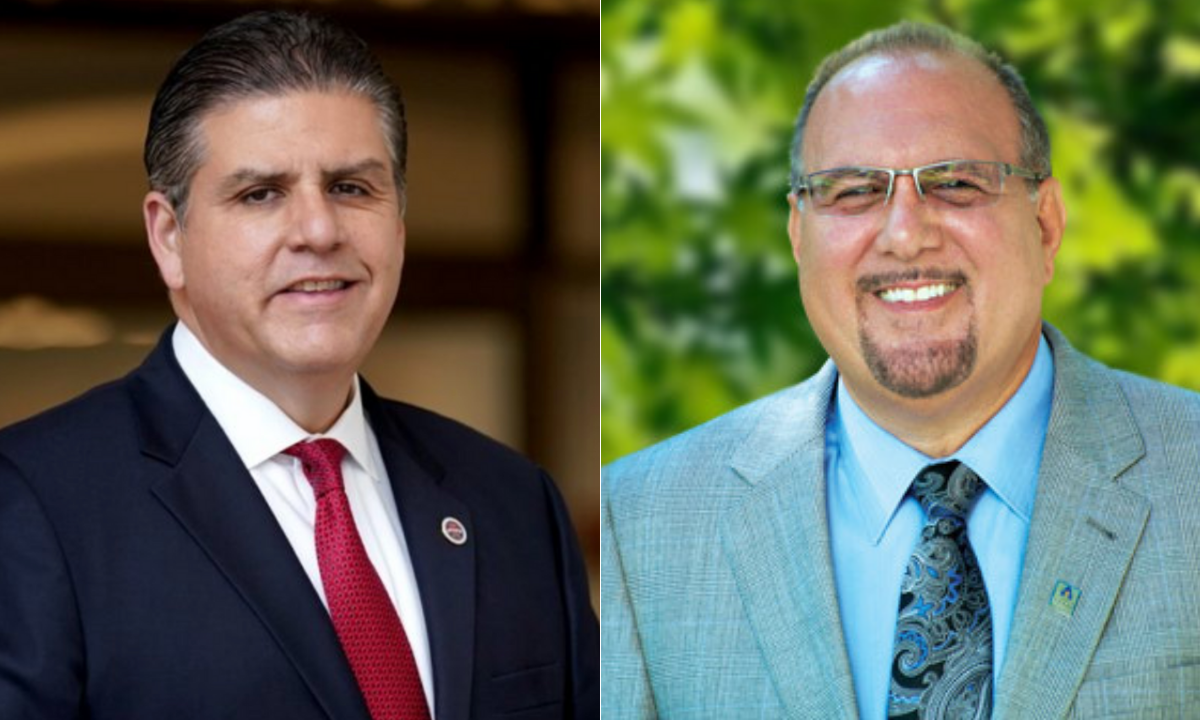 Those revelations come as CSU, the country’s biggest public university system, grapples with the aftermath of the resignation of Chancellor Joseph I. Castro in February amid outcry over his failure to handle sexual harassment complaints against an administrator while Castro was president of Fresno State University between 2013 and 2020.

The system released records naming seven managers across six campuses in what was described as a first round of summaries. The summaries included allegations of sexual harassment against Frank Lamas, Fresno State’s former vice president of student affairs. Castro’s mishandling of his case led to Castro’s resignation as CSU chancellor.

At CSU Bakersfield, Vice President for University Advancement David Melendez was found, after an investigation, that in 2016 he viewed “inappropriate websites of (a) sexual nature at work.”  A CSU news release announcing his hiring in Bakersfield stated that Melendez had previously worked at UCLA, CSU Northridge and Chapman University in Orange County. He could not be reached late Friday. He was paid $130,333 in salary and benefits in 2017, records show.

At Chico State, Milton Lang, vice president of student affairs, was found to have sexually harassed a female employee “while attending a professional development retreat” in 2019. His discipline was listed only as “violation.” CSU officials did not respond to a request for additional information Friday. According to the website Transparent California, Lang was paid more than $335,000 in salary and benefits in 2019 by the university.

He is the former associate vice chancellor for student affairs at UC Davis. Lang did not immediately respond to a message left with his staff on Friday afternoon at a Seattle company.

At CSU Monterey Bay, Timothy Angle, then dean of the college of extended education and international programs, was found to have yelled at, berated and demeaned female employees in 2016 and 2017 in ways he did not treat male employees. He retired before discipline in the matter was imposed. He was last paid nearly $220,000 in salary and benefits in 2016.  He could not be reached.

Also at CSU Monterey Bay, Angeles Fuentes,  the campus’s financial aid director, was found to have made inappropriate comments to staff “based on race and in violation of disability and retaliation standards” in 2015 and 2016. She was suspended without pay for 10 days. Fuentes did not immediately return a telephone call Friday afternoon. Salary data for her could not be found.

At Sonoma State, Colin Perry, an administrator, was placed on administrative leave for making inappropriate comments in 2019 about a woman’s physical appearance and expressing his desire to date her. Perry allegedly made frequent inappropriate comments about female employees’ appearances and shared provocative and explicit photos, the summary stated.

According to the summary of his case, Perry knocked “over a recycling bin and (made) a statement about asserting his dominance” to an employee he was trying to date. He also tried to get an employee to go to a strip club.

It’s unclear how long Perry was on administrative leave, if he continued to receive pay during the leave, or if he is still employed by the university.  A request for additional information was not immediately answered. Perry was paid 126,000 in salary and benefits in 2019, records show,

In a statement Friday, CSU spokesman Mike Uhlenkamp said the university is committed to maintaining a safe environment across the sprawling system.

“The safety of students, employees and guests on the California State University campuses is always a top priority. The CSU has committed to strengthening the Title IX practices and policies across all 23 campuses and the chancellor’s office,” Uhlenkamp told EdSource.

CSU Board Chair Lillian Kimbell did not respond to a request for comment. But in March, CSU’s board of trustees unanimously approved a statewide review of Title IX practices across the system, a review of sexual harassment complaints at Fresno State, and launched a task force to examine separation agreements with executives. The review of Title IX complaints and reports was expected to be completed within 90 to 120 days, or less, and include interviews with students, faculty, staff, Title IX coordinators and administrators.

It is not clear how many other harassment cases remain undisclosed at other campuses. It can take years for a case to move from the complaint phase to determination of facts and the meting out of discipline, the trigger for making the matter public.

The information released Friday follows the resignation of Castro on Feb. 17 after revelations, first reported by USA Today, that while serving as president of Fresno State, he repeatedly failed to take action against Lamas.

Lamas’ case summary released on Friday said that it was found he told a staff member she was “hired because she was pretty,” touched her “after repeatedly being asked not to touch her,” and screamed profanity at her.

According to the summary: “Harassing and bullying behaviors, leading to a hostile working environment; Harassing comments based on Gender/Sex to a staff member, and have raised your voice and shouted obscenities to staff members. Some specific examples provided include telling a staff member she was hired because she was pretty, placing your hand on a staff member’s lower back, knee and thigh, after repeatedly being asked not to touch her, and yelling at a staff member to “f- ing get your act together” and that she had “ruined [your] career, go fix it.”

In 2020, six months before Castro was named systemwide chancellor, he approved a $260,000 settlement agreement with Lamas, which included retirement benefits and a promise of a glowing letter of recommendation for Lamas to retire after an investigation of complaints made by a woman who worked for Lamas found a pattern of harassment, according to a detailed report first obtained by Inside Higher Ed.

The victim left the university after Lamas repeatedly harassed her, an investigator found. His behavior included “adjusting her bra strap,” attempting to “meet (her) behind closed doors and closed blinds” and making comments “of a sexual nature” to the woman.

USA Today later reported that in 2018 Castro recommended Lamas to become chancellor of CSU San Marcos, a job he didn’t get.

Castro resigned as chancellor but remains employed by the university. CSU trustees have hired an outside law firm to investigate his actions.

But issues of sexual harassment and questions about how the matters were handled have arisen elsewhere in the sprawling CSU system this year. Some of those cases are already publicly known.

The Mercury News reported in February that when now-former San Jose State President Mary Papazian arrived on campus in 2016, she ignored a memo warning her “there was inappropriate handling, touching of female athletes by the director of sports medicine, who is still here!”

That person, Scott Shaw, is now facing federal criminal charges that he violated the civil rights of four female athletes by engaging in sexual misconduct under the guise of treating injuries. San Jose State has paid nearly $5 million in legal settlements in the matter and was sued in March by 15 athletes in a case that may become a class action.

At Sonoma State University Rohnert Park, the campus’s former provost was paid $600,000 earlier this year to settle a claim she filed alleging that she had been sexually harassed by Patrick McCallum, a higher education lobbyist and the husband of campus President Judy Sakaki. Although not a university employee, McCallum was an “official university volunteer,” the Los Angeles Times reported, accompanying his wife at official functions.  Sakaki and McCullum have since separated.

And at Cal Poly Humboldt, John Lee, a dean of college and professional studies, was fired in 2016 after an investigation found he groped two female colleagues. He was allowed to “retreat” to a tenured faculty position and remain employed at the maximum salary possible, USA Today reported last month. Lee ended up “in a predominantly female department, as part of the same faculty as the women he was found to have groped,” the newspaper reported.

CSU’s academic rules allow administrators like Lee to return to faculty jobs even after they have been found to have committed wrongdoing.

Separately, a settlement agreement released by CSU Fullerton to EdSource on Friday revealed that after complaints were made to Fullerton’s Title IX office, campus officials agreed to separate with Mitchell Hanlon, a tenured music director. The settlement agreement was made following an arbitration hearing in 2019 and a grievance and appeal to that hearing by Hanlon.

The Fullerton campus agreed with Hanlon and the California Faculty Association, which represents CSU professors, not to discipline Hanlon or place him on administrative leave for any additional Title IX allegations made prior to Jan. 21, 2020. But Hanlon had to resign by Jan. 3, 2021. Hanlon was reassigned as a special assistant to the dean of the College of Arts with the intention to “avoid any future complaints,” through Jan. 3, 2021, according to the separation agreement. Details of the Title IX allegations were not released. Hanlon couldn’t be reached for comment.