Middle school math needs to be every superintendent’s new priority 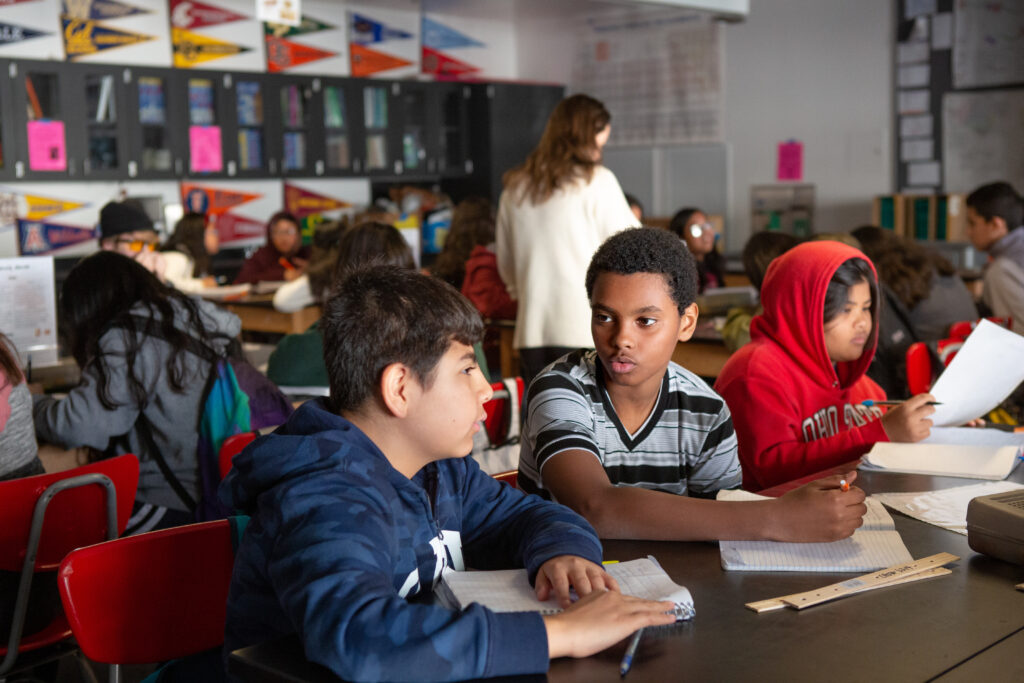 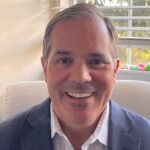 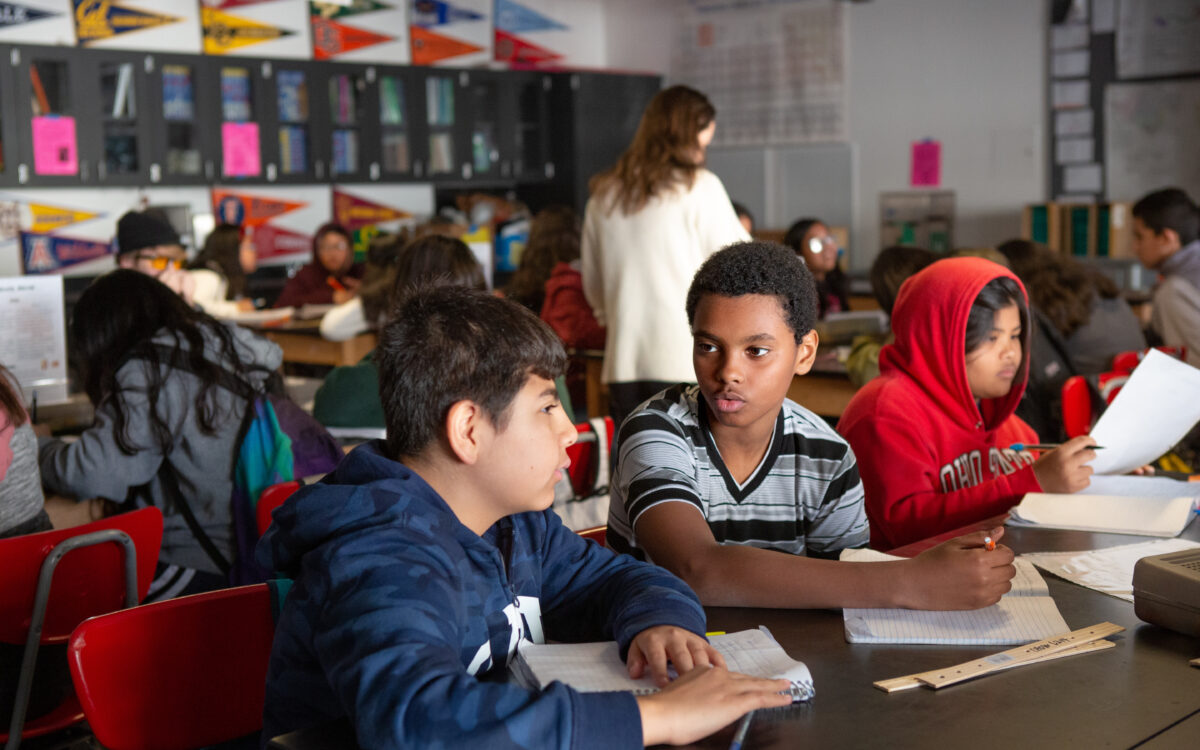 Credit: Allison Shelley for American Education
Students work together on an assignment about ecosystems and environmental impacts during a seventh-grade science class.

Credit: Allison Shelley for American Education
Students work together on an assignment about ecosystems and environmental impacts during a seventh-grade science class.

For the next three years, every superintendent needs to focus on improving middle school math.

Performance on California’s 2022 Smarter Balanced scores dropped 6.5% in math and 4% in English language arts (ELA). National Assessment of Education Progress (NAEP) scores, released the same day, also showed larger declines in math than in reading. In eighth grade math, California had seemingly good news on NAEP: students declined, but less than the U.S. average. This confirms much of the research on the pandemic’s effect on student learning.

But for all their insight, these reports and studies don’t reveal the calamity in middle school math because they never follow the same groups of students over time as they move through school. Buried in these averages is some crucial variation: California’s middle school math students were struggling before the pandemic, and they have been the group most negatively affected by it. Their slide in math is three times the size of the decline of the same students in English language arts.

The table below organizes Smarter Balanced data by when students will eventually graduate from high school. The Class of 2026 were third-graders in 2017, and their schooling was interrupted in 2020 when they were in sixth grade. Only one-quarter of students were tested in 2021, and it wasn’t until last year that testing was back to normal.

Looking at the data by each class from 2017-19 and 2021-22, the decline in math worsens as students move through middle school, averaging -17%. In English language arts, the average change is zero, as some of the students have improved since their third grade starting points.

Subsequent elementary classes (not shown here) lack third grade baselines, so they’re tough to evaluate. We do know from research by diagnostic testing companies such as NWEA and Curriculum Associates, that early elementary students have made up ground in reading in the past year.

California also publishes vertical scale scores on the Smarter Balanced tests, which trace over time the progress of all students, not just those scoring proficient. Focusing again on last year’s eighth graders (the Class of 2026), you can see that in ELA, they are approaching state standards. In math, the typical eighth grade student had achievement indicative of the fifth grade standard. Once again, the pandemic took a previously obscured problem in middle school math and made it more severe.

Middle school math is uniquely difficult because it’s where students need to master fractions and decimals. Students’ knowledge of fractions is so essential, it predicts overall math achievement in high school six years later. Hung Hsi-Wu, professor emeritus of mathematics at UC Berkeley, writes that the proper study of fractions and decimals provides a steady ramp that leads students from arithmetic gently up to the abstraction of algebra. But when students don’t learn fractions well, the ramp collapses and becomes a ninety-degree wall. Poor knowledge of fractions may lead students to give up trying to make sense of mathematics.

Districts have the financial resources for recovery, and wise advice has clustered around four suggestions about what’s best to do: high-dosage tutoring, professional learning for teachers, expanded time in school, and a shift to mastery learning. Assuming you’re doing them, here are four implementation questions to guide your district’s efforts.

How many middle school students have high dosage tutoring in math?
Tutoring is one of the most powerful interventions available, with a large body of research showing the benefits of higher graduation rates, reduced absenteeism and the ability to close half a year’s gap in learning. But it must be done right.

Early data suggests even well-intentioned states and districts are having trouble setting up tutoring correctly. It must be built into the school day, not after school. Students need to meet consistently two-to-three times a week in small groups (not necessarily 1:1), with the same trained tutor using clear lesson plans.

How much of your professional learning for middle school math teachers emphasizes improving teaching first?
You might be tempted to work on strengthening teachers’ math content knowledge first. But new research from Harvard and Brown University says it’s more important to work on math-specific teaching practices first. To do this, it might make sense for your teachers to participate in CORE’s online course to learn about new teaching methods for helping students make sense of fractions.

How many middle schools in your district have added more time or double-dose courses in math?
Over a year, a double dose of math course has been shown to produce gains equivalent to a quarter-year of extra learning. If that seems too difficult, why not make every middle school math class at least an hour long?

Where are your middle schools in the shift to mastery learning?
Michael Horn writes in his book From Reopen to Reinvent that emerging from the pandemic, learning must be fixed and time needs to be variable. With middle school students as much as three years below grade level in math, they need a system that shows them how far along they are to mastering learning goals.

Even though literacy achievement is rebounding faster, no district is where it needs to be. Seventy percent of the jobs by 2030 will require at least some college, according to projections by Moody’s chief economist, Mark Zandi. Every leader’s goal should be 70% of students proficient, which means they’re on track to being college and career ready. It’s not 100%, but 70% is a meaningful and challenging goal.

When everything seems like a crisis, it’s hard to set priorities. The data here shows we have tens of thousands of students in our care who are on the verge of being functionally unable to use math in the real world. Middle school math must be elevated to the top of every instructional leader’s list.

David Wakelyn is a partner at Union Square Learning, a nonprofit that works with school districts and charter schools to improve instruction. He previously was on the team at the National Governors Association that developed Common Core State Standards.

The opinions expressed in this commentary represent those of the author. If you would like to submit a commentary, please review our guidelines and contact us.