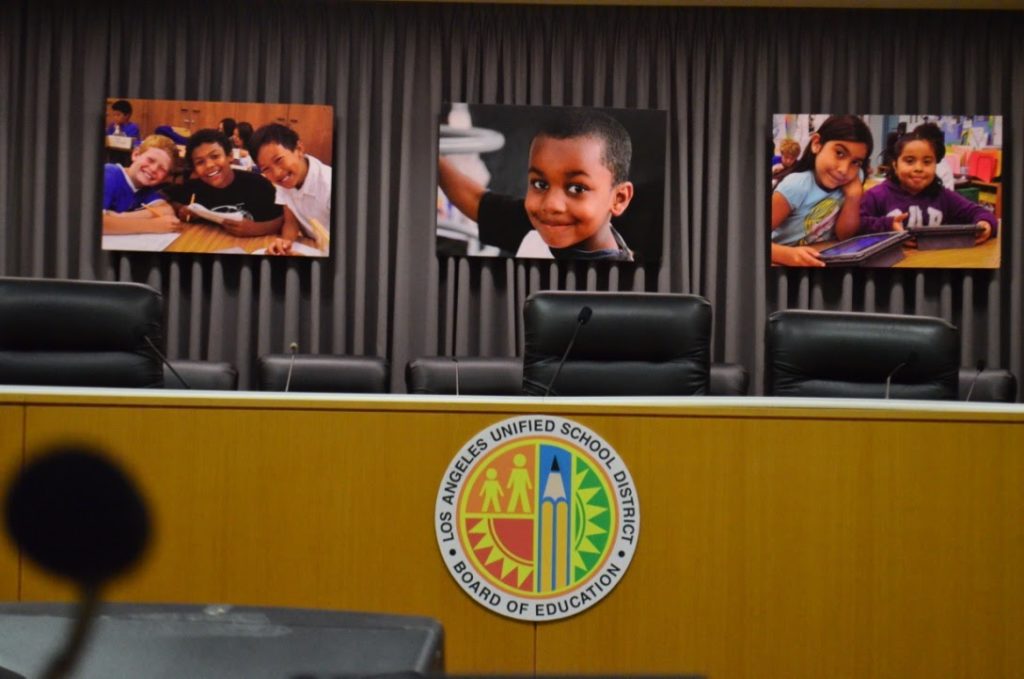 Los Angeles Unified’s new superintendent is proposing directing an additional $1.9 billion to targeted investments next school year as the district continues to push to close achievement gaps, focus on student wellness and invest in staff for the 2022-23 academic year.

District officials provided a snapshot of new investments for the proposed $18.5 billion budget Tuesday ahead of its expected adoption next week.

This is the first budget proposed by Superintendent Alberto Carvalho, who joined the district in February and has taken the past few months to evaluate the district. LAUSD is simultaneously working on finalizing its four-year strategic plan, which will help shape budget priorities in the years ahead.

“We are in good standing,” he said as he addressed concerns over district funding. “We are in a very solvent position — that is the current declaration.”

The proposal is actually $1.5 million lower than the current budget but adds funding to Carvalho’s priority areas.

LAUSD is focusing this year on improving student achievement, maintaining staffing levels and transitioning away from its Covid-19 funds as it prepares for the time when that funding will no longer be available. The district is also planning to further personalize the academic support it’s providing to its students based on what the community says it wants.

Carvalho emphasized that the budget is in no way finalized and is not expected to be so until August, noting that he expects significant revisions between now and then based on state funding and further implementation of the strategic plan. Following the revised budget in August, Carvalho said the district will monitor the effectiveness of its strategies quarterly in order to promptly make needed changes.

LAUSD is distributing $24 million more to the Black Student Achievement Plan, which started to address disparities between Black students and their peers and is one of the new goals identified under the Local Control Accountability Plan. The district is also planning to direct more funding toward English language learners and special education as well as to support Native American and Indigenous students.

For the first time, the district is also strategically investing in providing more green spaces at its schools, allocating $58 million to the goal. Carvalho said $50 million would also go to security to harden the perimeter of schools and provide equipment and training, which he made clear would not go toward the district’s Police Department. Students and community members have continued to push for decreasing investment in district police, following the initial step last year to do so.

LAUSD is also increasing funding toward social emotional learning and mental health by $50 million as well as directing $1 million more to College Board testing to provide free testing to more students.

The proposed budget also includes the funding LAUSD directed in May toward extending the 2022-23 school year and closing the digital divide: $122 million would fund four additional instructional days and three professional development days, delaying the end of the school year by a week; $50 million is proposed to close the district’s digital divide by offering free broadband services to families, a plan announced last month.

To support staff, the district is adding $8 million for professional development. The district is also ramping up recruitment by investing an additional $5 million into personnel efforts as well as investing more funding into employee retirement by increasing money for the other post-employment benefits trust.

Carvalho also made it clear that more funding would be directed toward improving access and quality of transportation for students, though he did not provide an estimate as to how much additional funding the priority would receive.

The budget comes as the district continues to navigate declining enrollment. LAUSD currently enrolls more than 430,000 students, but predicts that number will drop by another 100,000 students over the next 10 years. Though district officials noted LAUSD is at low financial risk for the next two years, fewer students is a reality the district is preparing for as it plans for the future.

“We are a district that continues to lose its students,” Carvalho said, noting that the rate of decline is expected to increase.