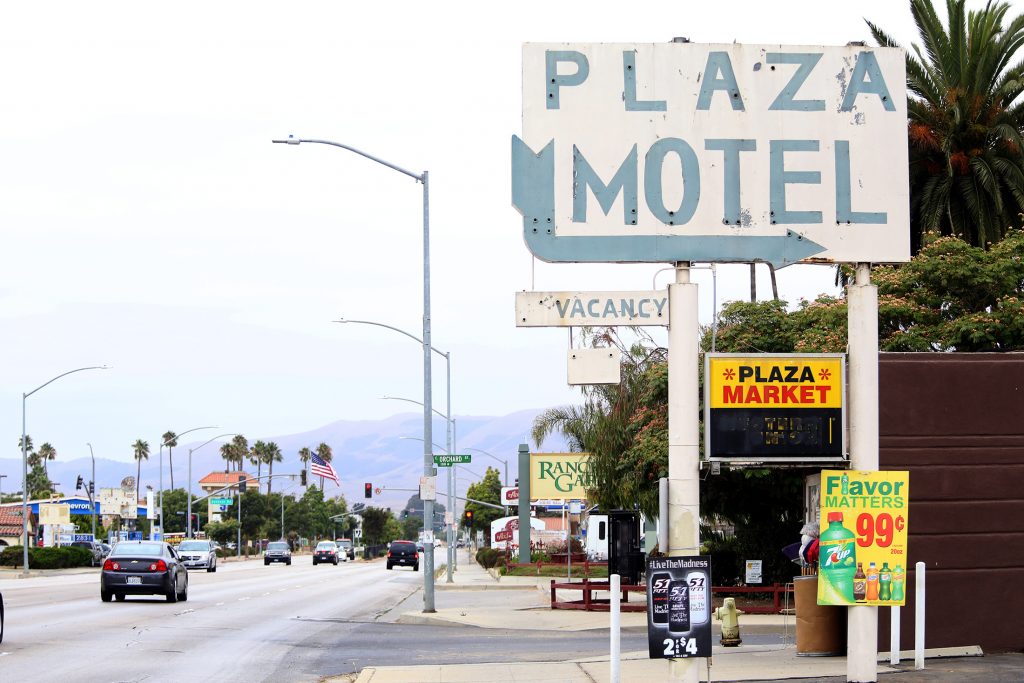 During an outbreak of hepatitis A among the San Diego homeless community in 2017, Susie Terry received a phone call from an outreach worker who noticed there were children living in the affected community who didn’t seem to be going to school.

Terry’s job with the San Diego County Office of Education is to make sure that homeless students in San Diego get the help they need under the federal McKinney-Vento Homeless Assistance Act. Her first move was to call her counterpart in San Diego Unified School District. Together, they visited the temporary tent camps and discovered there were families with children who were not enrolled in school. Within days, the children were attending classes and receiving support that they were entitled to under the McKinney-Vento law such as transportation to school and access to food benefits.

The act requires that every public school district, county office of education and charter school hire a local liaison to ensure that homeless youth in grades pre-K through 12 are identified and have education services coordinated for them to increase their chances of succeeding academically.

There are nearly 270,000 homeless students estimated to be enrolled in California’s K-12 schools, according to an October 2020 report published by UCLA’s Center for the Transformation of Schools. The report explained that students who experience housing insecurity are more likely to be chronically absent from school, less likely to graduate from high school and are most likely to be children of color.

As a liaison, Terry will periodically still go out to check reports of homeless children and families who may be living on the street, but her work has become even more complicated due to the pandemic.

Four years later, she and other liaisons are tasked with meeting homeless children’s needs while also worrying about how they will address the long-term effects of the pandemic once Covid-related funding runs out.

“Now that we have received these additional funds, they’re short-term. We’re going to be able to improve all of our services, and then how do we try and figure out how to make this money stay?” said Terry, who was a social worker for foster youth for 22 years and has worked in her current position for eight years. “The funding being guaranteed for three years, really, it just isn’t going to be enough.”

Terry recently hired someone to help increase her capacity, and she said she has begun to notice a difference in how much she can get done.

School districts across the state have used the influx in funding to hire case managers who follow up with identified families or to explore how the families in their district define homelessness so that they can receive the services they are entitled to under the McKinney-Vento law.

Not knowing that a student is experiencing homelessness is a common barrier that liaisons face. The federal definition of homelessness states that homeless children “lack a fixed, regular, and adequate nighttime residence.” But that definition of homelessness makes it challenging for a McKinney-Vento liaison to know whether a student is homeless.  Their family may want to keep their housing situation private, or the family may not consider themselves homeless, among other reasons.

Gov. Gavin Newsom last year signed a new law that requires school districts, county offices of education and charter schools to administer an annual housing questionnaire asking families to share details about their housing situation and share the results every year with the California Department of Education. While many schools have distributed housing questionnaires in the past, their use was not required statewide prior to this school year.

Terry has begun seeing the effects of the bill in San Diego.

“I got at least one report recently from a district that sent it out to all of their students and the number of families that marked something on the housing questionnaire that makes them eligible under McKinney-Vento increased dramatically as a result of that housing questionnaire,” she said. “So now they’re trying to deal with how to do outreach and get services to all these new families.”

That, of course, requires funding. As Terry explained, identifying all the homeless students is only the first step.

Once that occurs, liaisons at each district or charter school then need to reach each individual student’s family, meet with them to understand their needs and begin to coordinate their access to the services they need. When the district-level liaison has a question about how to best coordinate those services, they call their county-level liaison for technical assistance.

In San Diego, which has the state’s second-largest school district with over 115,000 students, that county-level liaison is Terry. To help prepare liaisons at the district and charter school level, she regularly hosts workshops and trainings where the topics include: McKinney-Vento 101 for new liaisons; how to identify signs of homelessness when students are distance learning; the type of services available for youth enrolled in the K-12 school system but not in the physical custody of a parent or guardian.

But there is a particular complexity embedded in a liaison’s work: While every homeless student is guaranteed the same protections under the federal McKinney-Vento law, the services that may be available for homeless families with children can greatly differ depending on the region, county or city that the family lives in. And depending on each student’s needs, the pandemic has either exacerbated or alleviated that complexity.

“If they have a car, they can go to the hub in Hayward and drive through and get items,” said Elizabeth Tarango, the McKinney-Vento liaison for the Alameda County Office of Education, as she referenced a center located south of Oakland that offers food, clothing and other necessities for families who are homeless. “But if they don’t have a car, then how are you going to get them the food? How are you going to get them clothing? So then you need to provide support for transportation. There’s a lot of logistical planning and support that’s needed, especially when you’re looking at the basic needs.”

That logistical planning can include connecting families with a special education team, coordinating to offer replacement identification cards or birth certificates, free access to after-school programs, free transportation to school, referrals to free immunizations and more.

In some cases, a liaison’s planning can also include booking a hotel room for a student and their family on any given night if homeless shelters are full.

“There’s been a lot of money that’s coming to the county and to the city, but a family is competing with every other homeless, single person in the city for those same resources,” said Trish Anderson, the McKinney-Vento liaison for Oakland Unified. “So there’s a lot of those resources that come in, but they dwindle really quickly. And another issue is there aren’t very many family-supporting shelters, so it’s easier to shelter a single person than it is to shelter a mom with kids.”

Anderson, who has worked as the McKinney-Vento liaison at the 52,000-student Oakland Unified district for four years, can use state dollars for emergency housing at a hotel — an option she didn’t have prior to the pandemic.

But her ability to offer such options may end once that Covid-related funding runs out.

Plus, the liaison job isn’t always a full-time specialist.

In small school districts like Spencer Valley and Vallecitos in San Diego County, the liaison is also the superintendent. Even in larger districts, a liaison will likely also serve in a second role, such as the director of student services or as a school counselor.

It’s one of several reasons why the liaison role tends to have high turnover rates.

“If a district doesn’t fully financially support the position, then you’ll get a lot of turnover. It’s just a high-burnout job. I’ve seen other staff people in this position who have kids, and some of them are like one paycheck away from being where these families are,” Anderson said. “Here they are trying to help a family and then dealing with their own stuff. So that contributes to burnout and turnover.”

In San Diego County, Terry sees high turnover as well. Her trainings will often incorporate self-care strategies to help liaisons through the difficulties of the job. Just last week, she shared a video with liaisons that “really speaks to reminding people to think about their why, and just sort of remembering like why we do this,” said Terry.