Letter grades on way out? Why some University of California departments may use alternatives

Alison Yin for EdSource
University of California at Berkeley students in Doe Library.

Alison Yin for EdSource
University of California at Berkeley students in Doe Library.

Inside some University of California academic departments and colleges, an atypical idea is gaining steam: De-emphasize or even ditch the A-F grading system and rethink how to assess student learning.

Divisions like UC Berkeley’s College of Chemistry and UC Davis’s Department of Mathematics are deliberating whether to change how they grade students. In some cases, that means awarding students a pass or no-pass grade rather than a letter grade. Other times, it may mean allowing students to choose which assignments get the most weight in determining their grade.

At UC Irvine, Academic Senate leaders are currently evaluating long-term options around grading and have met with officials at the Massachusetts Institute of Technology, where students don’t receive letter grades for their first semester, to learn about that university’s approach.

Departments at other UC campuses are also experimenting with making changes to how they test students, putting less emphasis on high-stakes exams because some students aren’t good test takers but can demonstrate their understanding of the material in other ways. Some departments have begun using two-stage exams. Students take a standard individual exam before also taking a group test where they work with other students.

The changes are especially being considered for first-year students to give them more time to get used to the rigors of college work and learn the material over the course of a semester rather than discourage them early on with low scores on tests and other assignments.

All the possibilities are a welcome development to Jody Greene, the associate vice provost of teaching at UC Santa Cruz, who argues that letter grades aren’t necessarily indicative of whether a student has mastered the material.

Often, Greene said, what grades really measure is the student’s preparation to do college work. That could stem from the availability of rigorous courses in that student’s high school, such as Advanced Placement classes.

The future of grading: When failure is not an option

In this roundtable discussion, EdSource’s John Fensterwald, Anne Vasquez and Carolyn Jones spoke with California educators and leaders who are immersed in the process of re-examining grading.

A recent UC Board of Regents memo noted that a student from an under-resourced high school “may perform poorly on initial assignments.” As they learn the material over the course of the term, the student may ultimately ace the final exam yet still end up with a below average grade because of those early assignments.

Greene is among some teaching staff across UC who have long advocated for changes to grading, but the pandemic has accelerated the willingness of many faculty members to get on board with those ideas, she said. According to the regents item, faculty sensitivity to inequities in their students’ educational experiences “was heightened” during the pandemic, ramping up efforts across UC to improve grading and assessment, though officials acknowledge there’s no consensus across the system of the best approach.

“We will be better institutions for this,” said Greene, who is also the founding director of UC Santa Cruz’s Center for Innovations in Teaching and Learning. “The changes that were happening in higher education at a glacial pace were put on a bullet train by Covid, and as painful as the last couple of years have been, we’re now having genuine conversations about how we can better serve the students.”

The shift to reconsider how to best teach and assess students was a natural one for many faculty members amid the pandemic, said Rachel Kennison, executive director of UCLA’s Center for Education Innovation & Learning in the Sciences. Once classes moved online, faculty had to think of new ways to engage students and couldn’t rely on traditional methods for assessing them, such as in-person, closed-book exams. 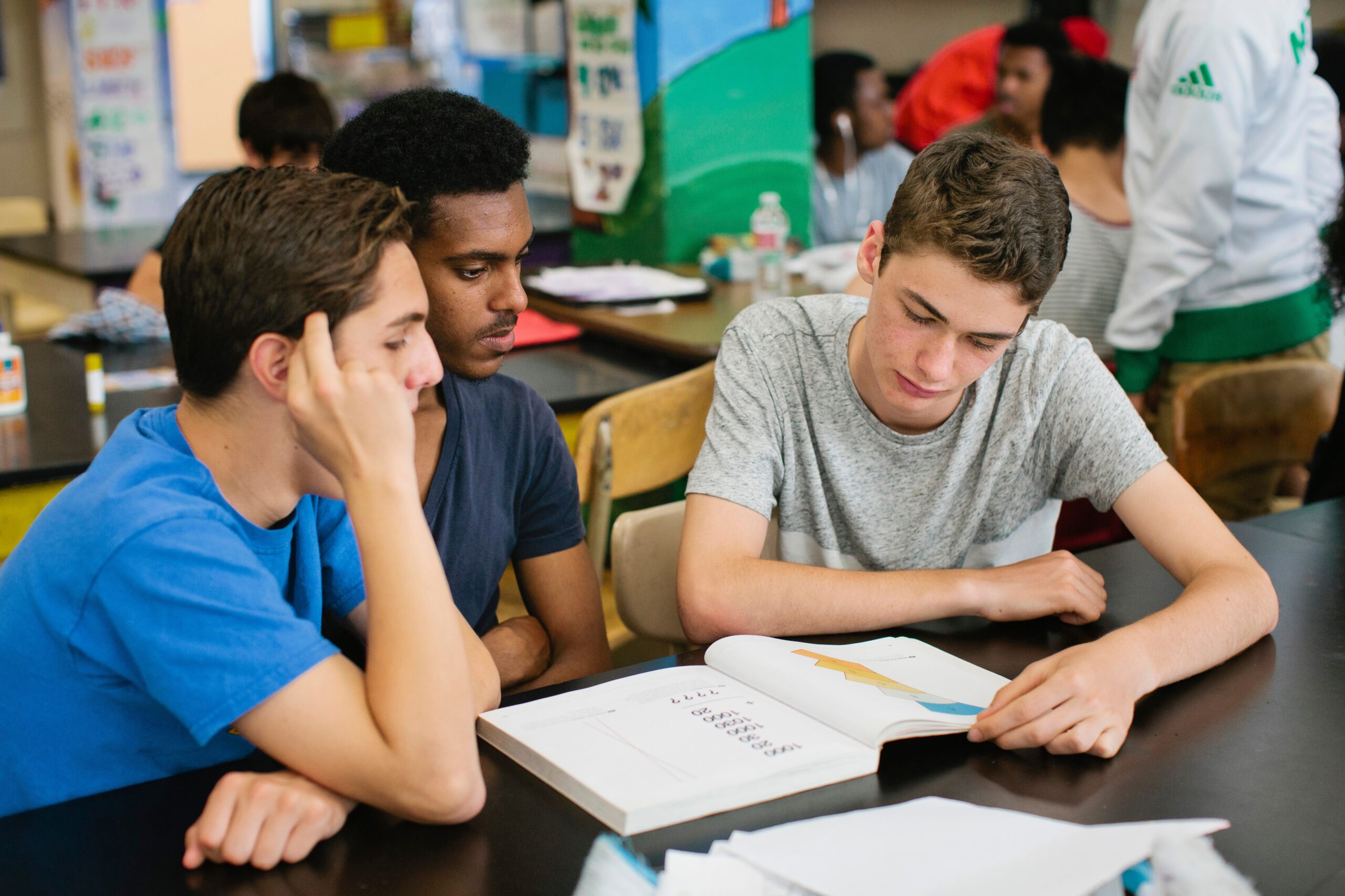 Why some California school districts are changing how students earn grades

Just months after the onset of the pandemic, there were also nationwide Black Lives Matter demonstrations following the murder of George Floyd. “Now faculty were starting to have real conversations about race and racism,” Kennison said.

That was key because often, students who struggle in their first year of college to achieve high grades are discouraged and leave their majors. The problem is especially acute in STEM fields, and particularly among Black and Latino students when they take so-called weed-out classes, difficult courses like chemistry or calculus that often determine whether a student sticks with their major.

One college, the Massachusetts Institute of Technology, has found a system that may serve as a model for UC campuses. That university uses what Ian Waitz, MIT’s vice chancellor of undergraduate and graduate education, calls “ramp-up grading” for first-year students.

For every class they take their first semester, students at MIT either receive a passing grade or the course doesn’t show up on their transcript at all. In the second semester, they either get a letter grade of A, B or C or, if they earn a D or F, the class doesn’t appear on their transcript. By year two, students receive a standard A-F grade for most classes. That system for first-year grading has been in place at MIT since 2000.

“We’re gradually getting people acclimated, and they’re calibrating themselves to what it takes to succeed with our very rigorous academics,” Waitz said. That style of grading is valuable to students, who are also going through a massive life change as they start college. It’s a difficult transition for many students who are living away from home for the first time and need time to adjust.

Waitz acknowledged that there have been unintended consequences. For example, MIT requires all students to take certain rigorous physics and chemistry courses, and some students schedule those classes in their first semester “to get them out of the way” and not risk a poor letter grade, Waitz said.

In part to combat that, MIT last year implemented a policy that lets students take any four classes on a pass/no record basis at any point after their first semester. Students don’t need to designate the class as pass/no record until after they’ve seen their potential letter grade. MIT officials hope that will encourage students to try as hard as possible in those classes to achieve a high letter grade.

Waitz recently met with leaders of UC Irvine’s Academic Senate to discuss MIT’s strategies as Irvine weighs its options on first-year grading. A spokesperson for Irvine said in an email that the senate “is still deliberating policies and there is nothing to share at this time.”

Relying more on pass/no pass grading could be a natural transition for UC campuses after almost all of them relaxed their pass/no pass regulations during the pandemic.

At the state’s other four-year university system, the 23-campus California State University, there is currently no plan to rely less on letter grades, said Toni Molle, a spokeswoman for the systemwide chancellor’s office. “While it’s possible that an individual campus could explore this tactic, we are not currently aware of any that are planning to do so,” she added.

Among the UC students who have benefited from pass/no pass classes is Timothy Tam Nguyen, a second-year math major at UC Irvine. Nguyen took a political science class and designated it as pass/no pass because he wasn’t confident he would get an A and wanted to focus more on classes in his major. The class was heavily essay-based, and Nguyen didn’t think the professor clearly explained the expectations for the essays.

“As I predicted, I ended up with a B+ in the class, mainly due to flaws in my essays that weren’t clearly articulated,” he said. Nguyen added that taking the class pass/no pass was also a stress reliever since it allowed him to “obsess less and live a more balanced life with friends and fitness.”

Nguyen isn’t the only student who had lower stress levels while taking pass/no pass classes. Seeing how the increased availability of pass/no pass classes helped relieve student stress is among the main factors that motivated UC Berkeley’s College of Chemistry to consider permanent changes to pass/no pass grading for first-year students. College leaders also believe it’s an equity issue and have noticed that students who enter college less prepared than their peers often finish their first year with lower GPAs as a result, according to the regents item.

Some critics argue that designating too many classes as pass/no pass could have negative implications for students hoping to attend graduate school, though Greene disputes that notion. She pointed out that, until 2001, UC Santa Cruz did not assign grades at all and still sent many students to graduate school.

The UC campuses looking at grade changes are focusing on the first year and not a student’s entire undergraduate courses.

At UC Davis, meanwhile, the Department of Mathematics has considered using “contract grading,” which allows a student to choose how to be graded. One calculus instructor at that college gives students three different options, each with a different distribution of weight across different assessments to determine the student’s grade. For example, one option may give more weight to exams and another option could give more weight to homework and class engagement.

Elsewhere at Davis, an introductory biology class uses two-stage exams. After taking a traditional test, students work together in groups to solve questions that are the same or similar to the exam questions. “Students who preferred that approach said it provided an opportunity to debate and arrive at a better answer. Students also received immediate feedback on individual exam responses from peers,” states the regents memo.

Kennison said rethinking exams is key to considerations around grading changes because not all students demonstrate their knowledge the same way. Other options for assessing students include allowing them to use their notes on tests or assigning projects instead of exams. Oftentimes, Kennison said, classes that rely too heavily on final exams are measuring students’ ability to memorize things and “spit it back out” under pressure, something she said doesn’t necessarily measure a student’s mastery of the material.

“If you think about students as individuals, they don’t learn in any one way. They need multiple modes of learning and multiple modes of being assessed,” Kennison said. “Ideally you are giving them lots of different types of assessments, making lots of different opportunities for them to assess their own learning right in low stakes ways. You still can have a final exam, but it doesn’t necessarily have to have that high stakes, high pressure.”