Layoff notices are back in some California school districts in a year of plenty: How come? 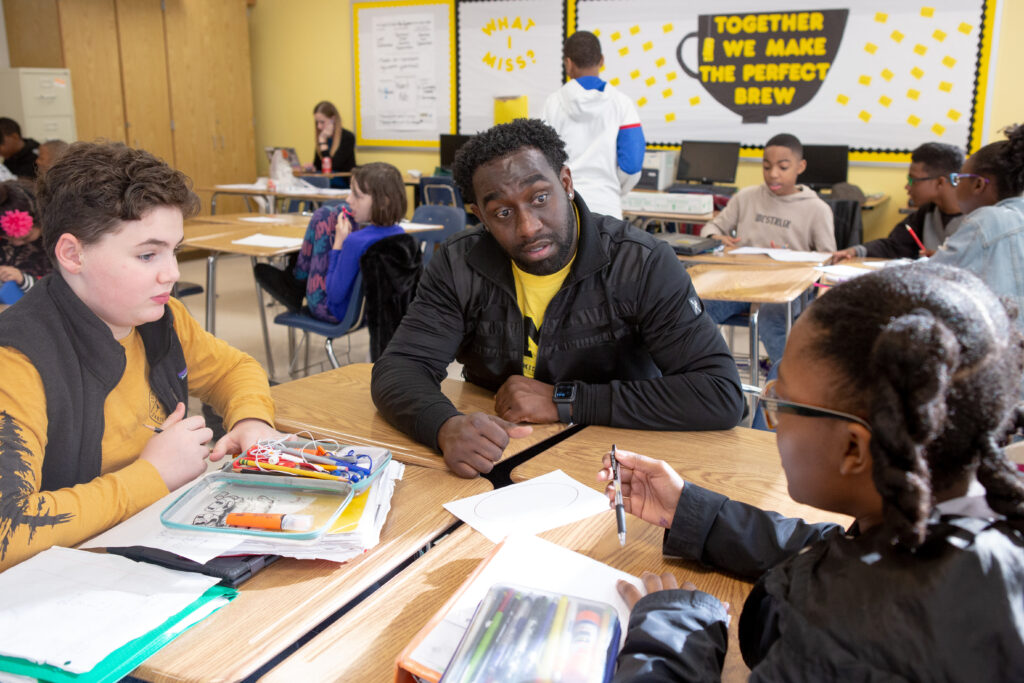 Faced with a March 15 deadline, some can't wait for good news in final state budget 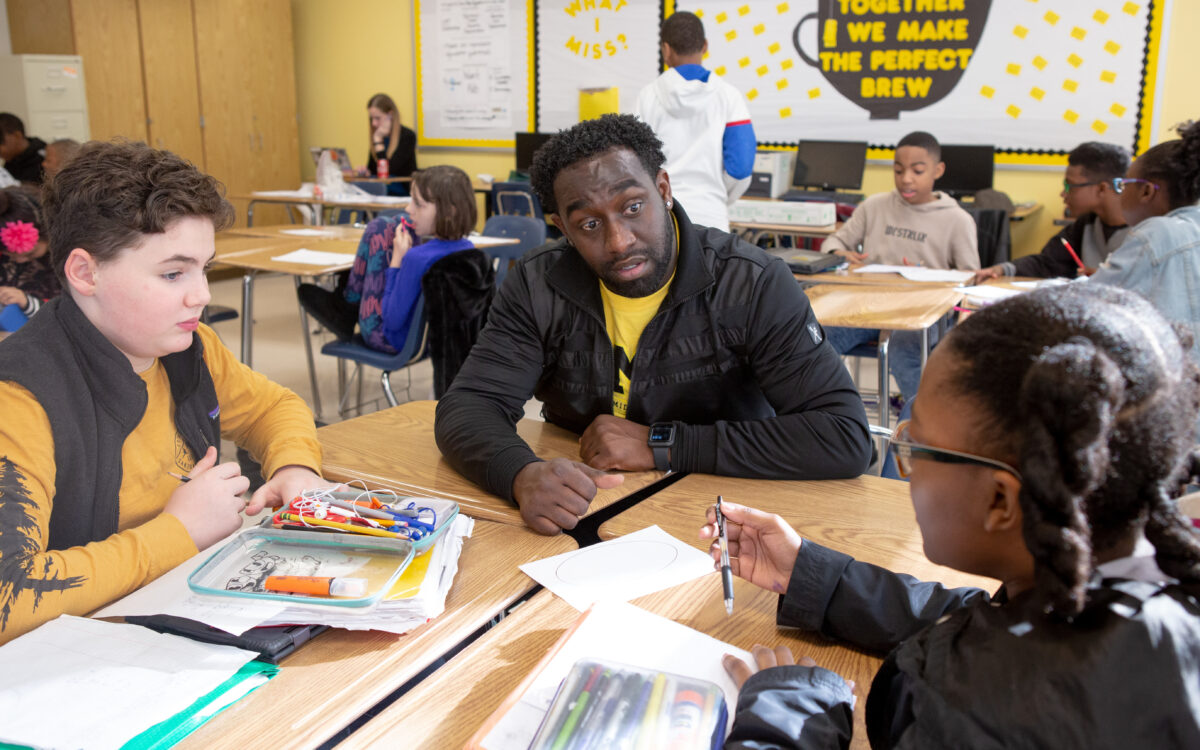 The board of San Francisco Unified voted last week to eliminate positions for 300 staff; in Mt. Diablo Unified in Contra Costa County, the number of cuts is 99. And more jobs in more districts will be on the line in coming days as school boards decide whether to scale back teachers and administrators, janitors and office staff in a rush to meet a March 15 deadline to formally notify employees who could be out of work next year.

For parents, teachers, new board members and lawmakers, news of potential teacher layoffs no doubt will seem strange and inexplicable. There hasn’t been a big round of job cuts in many districts since the end of the Great Recession a decade ago; and 2022 is a year of record staff shortages and record school funding: $20-plus billion more under Gov. Gavin Newsom’s proposed budget, plus a $15 billion cushion from the last round of federal Covid relief. So, why should anyone be laid off now?

The California Teachers Association says no one should be. “It doesn’t make sense for districts to lay off employees in the midst of a critical employee shortage. Layoff notices create unnecessary fear among educators, and shouldn’t be happening,” said Claudia Briggs, communications manager for the union.

The far majority of districts won’t issue layoff notices this year, although the final numbers won’t be known until after March 15. The 27 financially precarious districts on the state’s latest fiscal watch list, such as West Contra Costa, Sacramento City and Vallejo, are more likely to be among those that may. Neither Mt. Diablo nor San Francisco is on the list.

Some districts that do issue pink slips will rescind a portion, if not most, after resignations and retirements create openings this spring and summer. But meanwhile, districts may see that young teachers they give notice to won’t wait to see what happens. In a tight labor market, plenty of districts will be happy to recruit them.

“With a huge demand and dry pipeline, there is the risk that teachers will look elsewhere” or leave the profession, said Mike Fine, CEO of the Fiscal Crisis and Management Assistance Team, or FCMAT, a school finance agency charged with helping school districts solve financial troubles before they become swamped by them.

“Districts could lose them to other areas where they feel more appreciated,” Briggs said.

Fine agreed that “even a preliminary notice can be devastating to the person getting it.” But districts, he added, “don’t offer layoff notices for the hell of it.” The reasons behind the decisions are complex and usually years in the making, he said.

Districts do control some factors, like pay raises they agreed to and steadily declining levels of reserve funds they failed to address. But other factors beyond their control have forced their hand on layoff notices now: a layoff law that’s out of sync with the Legislature’s budgeting cycle; lots of unknowns, including what Newsom and the lawmakers will negotiate in June and how many kids will show up to school in August; and the biggest factor for many districts — declining enrollments, which will shrink their state revenue.

Districts must notify teachers by March 15 if they may lose their jobs next school year through a layoff. That creates a two-month period for hearings to contest layoff notices and for veteran teachers to claim protected jobs held by teachers with less seniority. By mid-May, final layoff letters go out, giving laid-off teachers plenty of time to look for work elsewhere.

Advocates for low-income children challenged layoffs by seniority, tenure awarded after two years on the job, and other workplace protections in the 2012 Vergara v. California lawsuit. They argued that the last-in, first-out system of layoffs disproportionately harms low-income schools, staffed by new teachers, and doesn’t factor in teacher effectiveness. The plaintiffs lost when a divided California Supreme Court declined to hear the case in 2016, and the system remains embedded in law.

The challenge for districts is the timing of the state budget. The Legislature doesn’t pass its budget until mid-June, and the latest forecasts project state revenues will be as much as $20 billion higher than Newsom’s forecast. That would translate to $8 billion more for K-12 schools and community colleges but, for now, districts can base their revenues for next year only on what’s known, which is the budget the governor proposed in January.

The California School Boards Association and other school lobbies are pleading with legislators to put any additional revenue into their base funding for core spending and not more one-time funding or new programs that will add new expenses.

“We need money for the base to protect the instructional capacity of our schools,” said David Haglund, superintendent of Pleasanton Unified. The district gave layoff notices to 35 temporary teachers who have been filling in for teachers who transferred to teach independent study this year, and he hopes to eventually rehire many of them.

Many legislators sound sympathetic, but for now, districts aren’t supposed to count on what might happen when deciding layoffs.

What’s also different this year is that for the first time, classified employees, including kitchen workers, janitors and special education aides, must also be given notices by March 15, or else their jobs will be shielded from layoffs. Oakland Unified’s board is not planning to consider any layoff notices for teachers, but it did vote to tentatively eliminate 80 classified jobs, including 16 funded by grants — a number expected to drop by March 15. But San Francisco’s board rejected a consultant’s recommendation to cut 47 teaching aides, leaving the district obligated to pay them next year.

Even before the pandemic, the California Department of Finance had predicted an 11% drop in statewide school enrollment by 2031. The pandemic appears to have accelerated it, with a drop of 2.6% in 2020-21 alone. Instead of rebounding this year, enrollment is estimated to have dropped an additional 2%, Fine said, amid the disruptions caused by the delta variant, followed by omicron.

About 60% of districts are experiencing a decline in enrollment, Fine said, although the numbers vary greatly, from big losses in Los Angeles Unified and most of the Bay Area to increases in many rural counties and the Sacramento area. San Francisco Unified has lost about 9,000, or 18%, of its students since 2014, while San Diego Unified, the state’s second-largest district, projects that its 96,000 students next year will be 7% less than three years ago.

Districts are funded not on total enrollment but on the percentage of enrolled students who show up every day — the average daily attendance over the course of a year. Covid has created havoc with attendance; chronic absenteeism has soared, as have absences due to infections or exposure to the virus; many districts are experiencing 6% to 8% lower attendance rates.

The combination of lower enrollment and attendance would have walloped most districts’ budgets already, but for the current year and previous two years, the Legislature allowed districts to claim their pre-pandemic average daily attendance for the Local Control Funding Formula. With this assurance, districts could postpone the need to reduce staff through attrition. But that hold-harmless provision is due to expire with the 2022-23 budget. Since districts will base next year’s budget on this year’s real attendance numbers, they could feel repercussions all at once.

“Paying attention (to declining enrollment) over the past several years would have taken care of the problem gradually, but many districts did not act,” Fine said. And that has contributed to layoff notices.

Newsom and legislative leaders are proposing various fixes to reduce the financial shock that a “fiscal cliff” will impose on many districts. One proposal is to extend the “hold harmless” provision for another year. Another, authored by Sen. Anthony Portantino, D-La Cañada Flintridge, in Senate Bill 830, would switch to funding based on total enrollment, not attendance; this would require an additional $3 billion in annual funding, with most of the money shoring up low-income districts with lower attendance rates.

Meanwhile, many districts have been stockpiling money. The California Department of Education reported this week that the average unified school district ended 2020-21 with an unrestricted general fund balance of 22.4%; in a presentation to the school board this week, Los Angeles Unified administration projected the district will end 2021-22 with an extraordinary balance of $2.8 billion, 27% of its general fund (see Page 11).

Unspent state and federal Covid aid is also providing short-term financial relief. The biggest source is the American Rescue Plan Act, the last and biggest chunk of federal pandemic aid for K-12 schools. Of the $15.5 billion for California, $13.6 billion has been distributed directly to districts. Because allocations are distributed based on poverty-based Title I formulas, the differences in allocations are vast: a few hundred dollars per student for wealthy districts and more than $5,000 per student to Los Angeles Unified alone.

That’s what San Francisco Unified said it planned to do with more than half of its $97 million. But that alone wouldn’t solve its $125 million budget shortfall, and so the board approved saving $50 million by cutting 151 teachers, counselors and social workers, 51 managers and 62 other staff.

In its Path to Recovery plan approved last year, Los Angeles Unified committed to hiring 7,000 new employees, including psychiatric social workers, counselors, intervention teachers and classroom teachers to reduce class sizes. It was an unrealistic goal, given the job market; as of last fall, only half were filled, leaving the district with hundreds of millions of unspent dollars. The district can use the funding to tide it over for two years and avoid layoffs and school closures for now. Superintendent Alberto Carvalho will dodge an immediate budget crisis during his first months on the job and can plan for a new reality: Enrollment – 747,000 in 2003 – is projected to fall below 400,000 in 2023-24.

Mt. Diablo Unified, in Contra Costa County, previously on the state’s fiscal watch list because of declining reserves, couldn’t wait. The district, with 30,000 students a few years ago, is down to 28,000, a drop of 6.6%, with a loss of more than $22 million in state revenue. At the same time, Superintendent Adam Clark, in his second year on the job, has felt pressure to grant a pay raise to teachers, who haven’t received an increase since 2017. The tradeoff for a 7% raise over three years plus a 3% bonus — the district’s “last and final” offer — is a reduction in force. It would save $10.1 million with cuts that include 22 elementary teachers, five secondary teachers, three librarians and 14 instructional aides. The Mt. Diablo Education Association is threatening to strike for a bigger raise.

“It’s been a battle fighting misinformation that the district is flush with money that can be used for salaries,” Clark said. “Our structural deficit has not been addressed.”