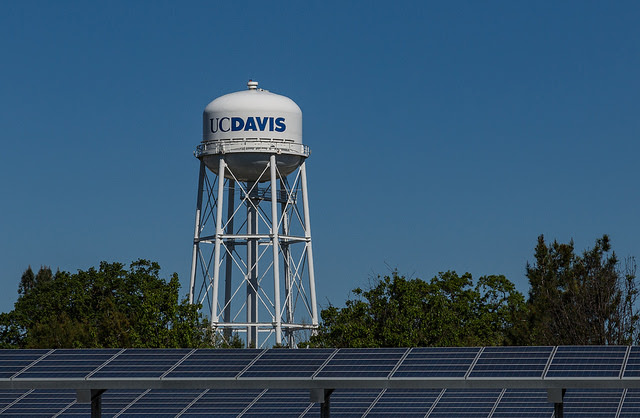 UC is expected to get about $99 million for enrollment growth, but plans to only use some of that money for new students

The University of California has an enrollment problem, with far fewer slots available across its nine undergraduate campuses than there are qualified students across the state. And now, a plan by lawmakers and Gov. Gavin Newsom to bring some relief to that crisis may be in jeopardy.

Lawmakers have said since last year that they would give $99 million to UC for the system to grow enrollment of California resident undergraduates by more than 7,000 students this fall. The plan, which would be the largest year-over-year increase in California resident undergraduates enrolling at UC in six years, was most recently included in Newsom’s January budget proposal.

But UC isn’t ready to go along with that plan. The system wants to use most of that new money to cover the costs of students enrolled in past years and not for new students, putting UC leaders at odds with state lawmakers who are desperate to expand capacity at UC for California residents.

“It’s a bit frustrating because when we agreed upon that number, there was no sign from UC saying, ‘Hey, we really can’t do that.’ And now all of a sudden, there’s this problem,” said Kevin McCarty, chair of the state Assembly’s budget subcommittee on education finance.

UC officials maintain that the system shared with lawmakers last summer that it was only feasible to increase enrollment of California resident undergraduates by about 2,000 students. Ryan King, a spokesman for the system, said in an email that UC considered “campus-by-campus modeling and budgetary constraints” to come up with that figure.

“While UC shares the Legislature’s desire to increase California student enrollment, we each set different targets to accomplish it,” King added.

The final budget isn’t approved until the summer, and the Legislature has until that point to deliberate with UC over its funding. But UC doesn’t have that long to determine fall 2022 enrollment. That’s because with the university’s campuses making admissions decisions for incoming freshmen this month, enrollment planning must happen now.

Newsom administration officials, meanwhile, said in an interview with EdSource that they may be willing to give UC flexibility when determining its fall 2022 enrollment.

Chris Ferguson, an analyst for Newsom’s Department of Finance, said that while the administration’s expectation for UC enrollment remains unchanged since Newsom unveiled his January budget proposal, “we are open to a conversation” with UC on the subject.

Also complicating the matter is the situation at UC Berkeley, which faces a California Supreme Court ruling upholding a lower court decision that requires Berkeley to reduce its enrollment this fall to 2020-21 levels. The ruling follows a lawsuit filed by a Berkeley neighborhood group that says UC Berkeley hasn’t considered the impact its long-term development plans will have on issues like housing, the environment and noise.

It’s not yet clear how UC will move forward following the court ruling. The system could decide to increase enrollment across its other undergraduate campuses to offset the losses at Berkeley, though it’s not clear whether that’s feasible. Meanwhile, lawmakers say they are working in concert with UC leaders and Newsom to come up with a solution in the near future that would prevent Berkeley from having to reduce enrollment at all.

The dilemma over UC’s fall enrollment planning comes as the system has received a record-breaking number of freshman applications for fall admission. Nearly 211,000 students applied to at least one of the nine undergraduate campuses, or about 7,000 more than a year ago. That included applications from 132,337 California residents — 4,209 more than last year.

The increased demand for UC far exceeds the university’s capacity. Last year, even though the university made admission offers to more students than in the previous year, its overall acceptance rate for freshmen dropped from 69% to 65%.

The problem is especially dire at the most competitive campuses. UCLA, for example, admitted about the same number of students in fall 2021 as it did the previous year, but its acceptance rate decreased from 14.3% to 10.8%. That campus is also unrepresentative of the students in K-12 schools in Los Angeles. That’s especially true when it comes to Latino students, who account for 65% of students in K-12 schools in Los Angeles County but make up just 20% of UCLA undergraduates.

Lawmakers have thus grown frustrated that the state’s premier university system has been increasingly unable to offer admission to many qualified California applicants.

“A record number of students are qualified, ready and willing to go to a UC campus,” McCarty said. “When we go home to our districts and talk about this transformational budget, one of the top issues for every lawmaker is to expand access for UC. And so that’s why we pushed the envelope last year with this 7,000 number. So we don’t want to backtrack on that.”

UC leaders don’t deny that the system has a capacity issue. In fact, systemwide President Michael Drake and UC’s board of regents have convened a working group to develop a plan to add 20,000 students over the next decade. That’s the “equivalent of building a new campus,” King said.

“This thoughtful, long-range approach to expansion will ensure the University continues to maintain its standards of excellence and standing as the world’s premier public institution of higher learning,” King added.

However, King also noted that California resident enrollment at UC increased by about 9,800 students between 2018-19 and 2020-21, a period during which the state “only provided support for about 4,800” of those students. “The additional UC students (some 5,000 of them) are effectively unfunded through the state budget process,” King said.

In a summary of its 2022-23 budget plans, UC indicated that it will spend about $50 million in state funding to cover the cost of the thousands of students that it says were previously unfunded. The system would then spend $17.9 million in state dollars toward enrolling 1,100 new California resident undergraduates.

UC is also getting $31 million to replace 900 slots for out-of-state students at the Berkeley, Los Angeles and San Diego campuses with spots for California residents. Those slots are more expensive to fund because out-of-state students’ tuition is much higher than California residents’. The money from the state will offset those lost tuition dollars.

Staff at the Legislative Analyst’s Office, the nonpartisan office that gives fiscal and policy advice to the Legislature, say lawmakers have two options for responding to UC’s fall enrollment plans.

The Legislature could decide not to give UC the full $99 million — the amount Newsom proposed to cover the cost of 7,000 new students — and instead only allocate enough money to support an additional 2,000 students, the number of new students UC says it will enroll.

“This approach keeps the tightest connection between new state funding and new students enrolled,” the LAO wrote in an analysis of UC budget proposals.

The Legislature could also decide to give UC the full amount that Newsom has proposed and let the system use most of that money to backfill the costs of the extra students who enrolled from 2018 through 2021. While the LAO report warns that doing so could set a bad precedent and give UC incentive to ignore the Legislature’s enrollment targets in future years, there is an argument for the Legislature to go that route, said Jason Constantouros, a fiscal and policy analyst for the LAO.

“We think the argument there is that a lot of UC’s enrollment growth occurred during the pandemic, and that was sort of a unique situation,” he said, noting that the pandemic made it more difficult for UC to predict enrollment demand.

McCarty, the state lawmaker, said he’s not sure it makes sense for UC to get the full $99 million if the university doesn’t plan to enroll the 7,000 students that lawmakers and Newsom have requested. If UC gets that money, he said, it should go toward new students — not backfilling the costs of existing ones.

At the same time, though, McCarty said that giving UC less funding “wouldn’t be a victory” for lawmakers.

“The big picture is that we want to enroll students. We want increased access for California residents,” McCarty said.

Another threat to UC’s enrollment stems from the California Supreme Court ruling Thursday that UC Berkeley must freeze enrollment at 42,437 students, the number of students that enrolled in 2020-21. That’s about 2,600 fewer students than Berkeley enrolled last fall. To reach the 2020-21 enrollment levels, Berkeley has said it would need to offer admission to at least 3,050 fewer incoming freshmen than it previously planned to admit.

McCarty is confident that the Legislature will come up with a solution that offsets the court decision, telling EdSource in an interview that lawmakers and Newsom will in the very near future make an announcement that prevents “any drop in enrollment” at Berkeley. He wouldn’t elaborate on what that solution might entail.

In a statement Thursday, the campus said it plans to ask some students to enroll only online in fall 2022 or defer their enrollment to January 2023.

If for some reason lawmakers and campus leaders can’t prevent enrollment loss at Berkeley, they could also ask UC to increase enrollment across the other eight undergraduate campuses by an amount equivalent to the number of students Berkeley would lose, McCarty said, though he acknowledged those campuses have their own capacity issues.

King, the spokesman for UC’s president’s office, declined to say what steps UC might take in the immediate future following the California Supreme Court’s decision.