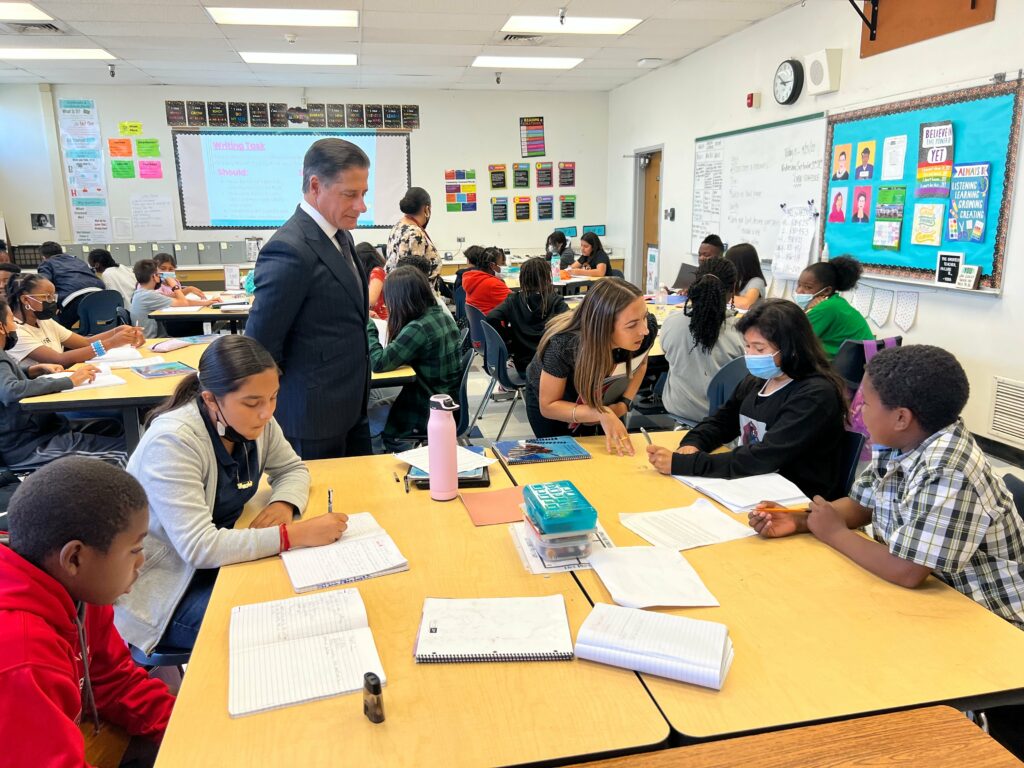 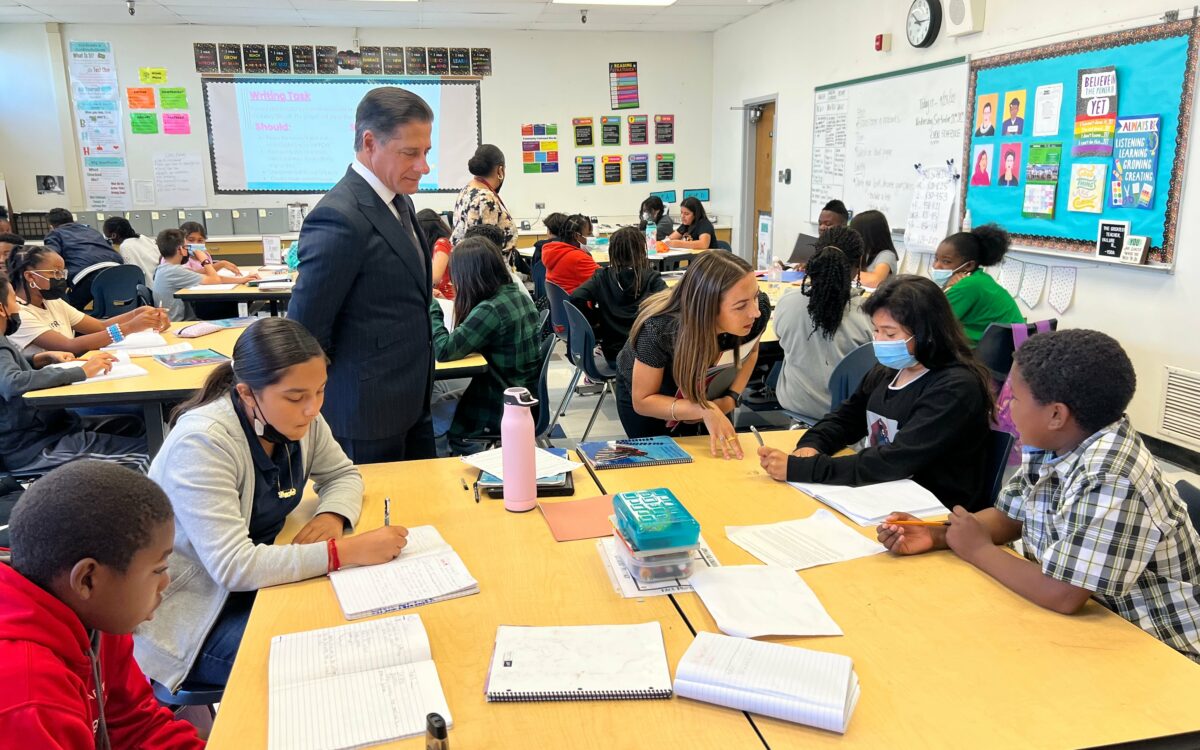 Alberto M. Carvalho emigrated to the United States from Portugal as a penniless 17-year-old with little knowledge of English. Now the superintendent of Los Angeles Unified, the nation’s second-largest school district, he is championing California’s pursuit of the science of reading amid the literacy crisis.

“I’m a science devotee,” said Carvalho, who boosted reading scores in Miami through research-based practices before decamping to California, during his opening remarks Wednesday at the annual California Reading Summit, a statewide forum on literacy. “I believe that if we are going to follow the science, then we should really embrace all science, including the science of reading. We cannot afford to be selective in which science we focus on. That includes training kindergarten to third grade teachers in effective reading practices.”

The stakes are high in a state where less than half of California third-graders were reading at grade level before the pandemic. In the wake of school closures and remote learning, scores have now fallen even further, from 48.5% in 2019 to a staggering 42.2%. One way to fight plunging scores, experts suggest, is to dig deep into the exhaustive body of research on how the brain learns to read.

“We all recognize that the ability to read proficiently is indeed a game-changer,” said Carvalho. “It is liberating. It is absolutely central to do whatever it takes to improve reading proficiency throughout California.”

Recent Smarter Balanced test scores show that the percentage of LAUSD students who met standards decreased in every grade level except for eighth grade, compared with 2018-2019 scores. However, eighth graders who met standards increased by 0.47 percentage points, to 41.67%. Carvalho has overseen efforts to train teachers in structured literacy, an approach that builds on decades of exhaustive scientific research.

Changing the way reading is taught emerged as a key theme at this virtual gathering of teachers, advocates and researchers exploring the challenges of “Improving Reading in California.”

In his keynote address, Kareem Weaver, a member of the Oakland NAACP Education Committee and co-founder of the literacy advocacy group FULCRUM, called for the need to find common ground to raise reading scores. He described illiteracy as “an all-of-us challenge,” arguing that all students benefit from evidence-based practices.

“The science of reading is good for all kids,” said Weaver, who has worked with bilingual learners and dyslexic students during his years teaching in East Oakland. “It’s the foundation we all need.”

Weaver has long been a champion of literacy as a social justice issue, seeing learning to read as a civil right.

“We are a society that has slid into illiteracy,” said Weaver, “because we’ve been too distracted with whatever else is going on to really focus on our kids.”

The summit also featured clips from the documentary “The Right to Read,” as well as a conversation with Weaver, groundbreaking journalist Emily Hanford and Kymyona Burk, who gained acclaim for helping spearhead Mississippi’s turnaround in reading scores, all of whom are featured in the film.

In his opening remarks, state Superintendent of Public Instruction Tony Thurmond, who has launched a campaign to get all third-graders reading at grade level by 2026, pointed to a new program investing $250 million in hiring and training reading coaches, although he offered little in the way of specifics about the state’s approach to teaching reading.

One critical panel involved the needs of the state’s many bilingual learners and how they differ from other students.  Some advocates for English learners, roughly 2 out of 5 of the state’s students, expressed concern that heightened attention to foundational skills may undermine efforts to develop oral language skills.

“The development of the dual language brain is not the same as the monolingual brain,” said Martha Hernandez, executive director of Californians Together, an advocacy group.

Claude Goldenberg, emeritus professor in the Graduate School of Education at Stanford, defended the need for fundamental skills such as phonics.

“The key thing is that beginning readers need foundational skills instruction until they get enough traction to lift off.”

Another key panel featured Natalie Wexler, author of “The Knowledge Gap,” which examines the flaws in the way reading comprehension is taught. She believes that this problem must be addressed, in addition to beefing up phonics, to solve the reading crisis.

The bottom line, many experts suggest, is that students need to build a broad base of knowledge in order to confidently tackle complex texts. Instead, many schools focus on teaching reading comprehension as a set of abstract skills.

“If we don’t build foundational skills and knowledge simultaneously,” said Wexler, warning that phonics alone won’t boost test scores, “then the pendulum may swing away from phonics once again.”

Another concern is that, despite a national push toward research-based methods, many teachers have been left in the dark about how reading works by their teacher preparation programs. Hanford, for one, hailed the legions of teachers who are now boning up on the research on their own time and on their own dime.

“They are teaching themselves this stuff late at night and on weekends and paying to go to webinars and conferences and paying for training on their own,” said Hanford.“We need to support those teachers and recognize how many of them are out there, and we need to thank them.”