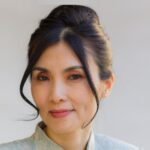 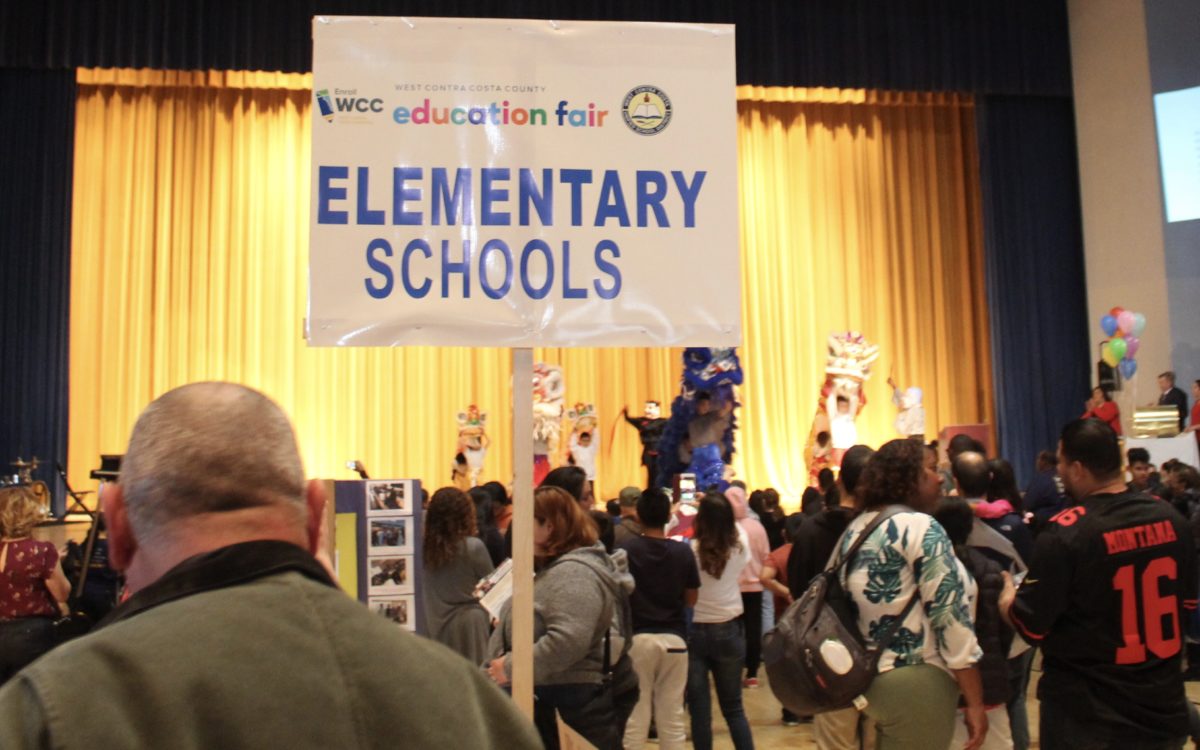 Theresa Harrington/EdSource Today
Parents gather at the first-ever West Contra Costa Education Fair to find out about district and charter school options, while students from the West County Mandarin School perform a lion dance in 2019.

Theresa Harrington/EdSource Today
Parents gather at the first-ever West Contra Costa Education Fair to find out about district and charter school options, while students from the West County Mandarin School perform a lion dance in 2019.

In the business world, the current message to established firms seems to be: Catch up or die.

The number of digital startups keeps rising, while the average tenure of old-economy companies on the S&P 500 keeps falling. Incumbency is worth less and less in the big tech universe. There is an easy parallel to draw with the world of education since the early ‘90s. Just replace “old-economy companies” with “traditional school districts” and “digital startups” with “school choice charters.”

Yet while school districts and co-existing independent charters are often antagonistic, both will fare better as friends and not foes. And both could learn something from the business world, especially at a moment of shared existential challenge.

EdSource has covered this challenge in wide-ranging detail in its “California’s Enrollment Roller Coaster” series. The drastic drops in student enrollment at both traditional and charter schools are the education world’s version of Netflix’s subscriber numbers tanking or the flattening of Twitter’s stock, despite its proposed takeover by the world’s richest person.

When established firms face disruption, the default corporate reaction is to Fight Back: beat the insurgent at its own game. The outcomes are not always so pretty. GM’s Maven car-sharing services designed to challenge Uber got us nowhere and Microsoft struggled at great cost attempting to search better than Google.

And then there are the other three survival strategies of Double Down, Retrench and Move Away.

Double Down means the firm plays to its own existing strengths. Instead of directly butting heads with Netflix in the nascent streaming market, Disney is still a mainstay because the moviemaking company knew to focus on its proven skills at producing blockbusters. Disney’s competitive edge and bargaining power with Netflix later down the line came from its strong content library.

Retrench is a defensive move where the incumbent yields ground to disrupters while applying various tactics to sustain itself. The most glaring example at the moment is traditional banks lobbying for stricter government regulations of cryptocurrencies.

Move Away is where a firm that’s losing ground decides to migrate to new territory. Fujifilm, for instance, is now a successful health care company and no longer competes against Kodak.

If we were to embrace the competitive business model in managing our public schools, how effective have traditional school districts been at facing disruption and catching up? Have the districts beat independent charters at their own innovation game? Have they well played to their own strengths? What does stricter regulation of charters actually accomplish? Can districts export their expertise overseas or translate it to another industry?

In light of undeniable declining public school enrollment trends among both district and charter schools, the more fundamental question is whether the competitive business model is the right model.

No, it is not. Educating children shouldn’t be a Machiavellian zero-sum game.

A better model is a new league of banks and financial technology companies or “fintechs” cultivating win-win relationships. Fintechs can benefit from incumbent banks’ existing infrastructure, history of regulatory compliance and therefore consumer confidence. At the same time, incumbent banks can benefit from fintechs’ knack for innovative tech, customer acquisition and user experience. Together traditional and disruptive players in the financial industry are proving much more effective and quick at serving the needs of the estimated 1.7 billion population around the world referred to as the “unbanked” (persons age 18 or older who lack access to traditional financial services).

All this points to a more cooperative model for leveraging school facilities, school credentialing and student services to restore or even expand school enrollment, especially in neighborhoods afflicted by low income, crowding and barriers to accessing resources.

The conversation should also be extended to include effective homeschooling and private schooling, and public-private educational partnerships shouldn’t be ruled out. Indeed, next-generation parent school choice should be offered as a spectrum because student needs are a spectrum.

It would behoove us to transcend our differences where common grounds have been laid thick by a destructive pandemic that spared no student, no family, no school. And, after all, how legitimate are cooperative learning groups and the collaborative skills that we teach our schoolchildren every day, from kindergarten on up, if our educational leaders do not see and honor the value of cooperation?

Janie Dam is a math teacher and the testing and data coordinator at Granada Hills Charter in Los Angeles.