In visit to Los Angeles, Cardona says colleges must help students with housing 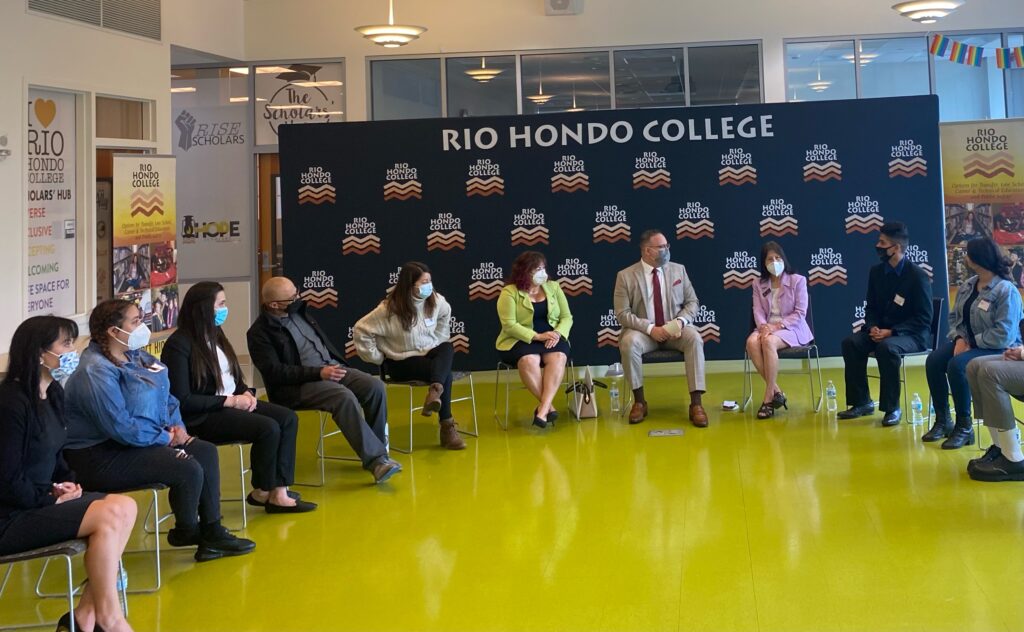 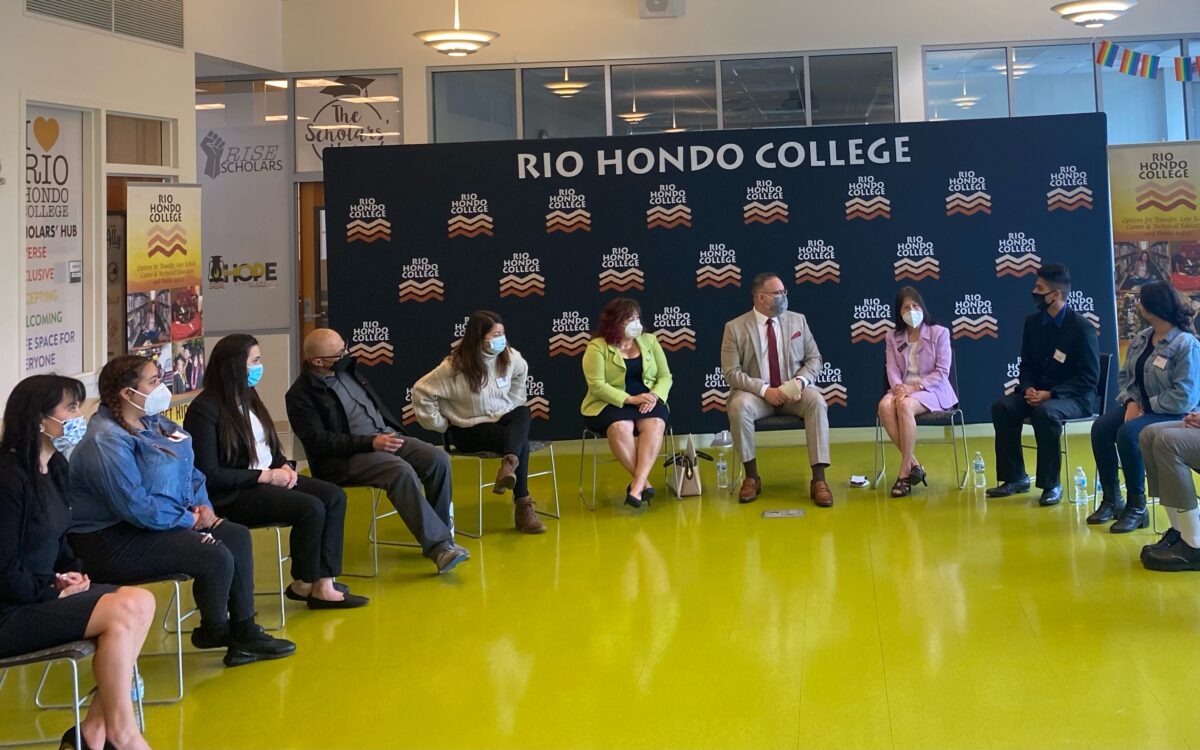 Colleges in California and across the country should do more to help their students with basic needs like housing, U.S. Secretary of Education Miguel Cardona stressed Tuesday during a visit to the Los Angeles area.

Cardona, who met Tuesday with community college students who have been homeless, also touted the Biden administration’s efforts in assisting colleges and their students with basic needs. On Monday, President Joe Biden revealed a $5.8 trillion budget that includes a plan to increase the maximum federal Pell Grant and eventually double the maximum award, which helps low- and middle-income students pay for other college costs such as housing.

Cardona also pointed out that the Department of Education in January made about $200 million in American Rescue Plan funds available to community colleges and other institutions to help students with basic needs.

One of the colleges that received a grant through that initiative was Río Hondo College in Whittier, a city in the San Gabriel Valley east of Los Angeles, where Cardona visited Tuesday. The college received about $1 million toward its Hope Scholars Program, which provides services to unhoused students and students who lack stable housing.

“We lost about 13% of our community college students during the pandemic. But I would argue that programs like this are what’s going to bring them back,” Cardona said during a roundtable discussion with several students from the Hope Scholars program. Rep. Linda Sánchez, D-Whittier, also participated in the roundtable.

Cardona’s visit to Río Hondo College was one of several stops he made Tuesday in Southern California. He also went to El Rancho High School in Pico Rivera, De Anza Middle School in Ontario and finished his day at Chaffey College in Fontana. Cardona will also be in Los Angeles on Wednesday to visit students in the Los Angeles Unified School District.

California state leaders have acknowledged the importance of the housing crisis facing students and have pledged to address it. As part of a state higher education housing grant program, four community colleges across the state were recently selected by the state Department of Finance to receive tens of millions of dollars to build new dorms on their campuses. But those projects will only represent a small step toward solving the crisis.

Among the students that Cardona met with Tuesday was Roman Paez, who is pursuing an associate degree in social work at Río Hondo College. Paez was formerly unhoused, but because of the Hope Scholars Program, he now lives in a studio apartment in Boyle Heights.

Paez said that having housing was especially crucial last year at the height of the pandemic. Not only did it give him a place to isolate and stay safe from the Covid-19 virus, but it also allowed him access to Wi-Fi, a necessity as most classes were held online during the 2020-21 academic year.

In-person classes have since resumed for Paez, and he credits his housing for his success on campus. “When you come to campus, you don’t want to look homeless. Or smell homeless. You have to interact with people. So having a place to sleep at night and shower, it’s made things a lot easier,” he said.

Cardona said Río Hondo College’s program should serve as a model to other colleges. It’s important that colleges “meet students where they are,” he added.

Current and future students may also soon get additional help from the federal government thanks to Biden’s proposal to increase the maximum Pell Grant that students can receive. Under his budget proposal released Monday, the maximum award would increase by $2,175 in 2023-24 and by 2029 would increase to $13,000, about double the current amount. The proposal still needs to be approved by Congress.

Since Biden was elected, California higher education leaders have called on the federal government to double the maximum Pell award, saying it would be a huge boost to hundreds of thousands of students in the state who are in need of help paying for things like housing, transportation and food.

Cardona said Tuesday that helping students afford those basic needs was a “significant” motivation behind the administration’s proposal to double the award.

“We recognize across the country that what’s preventing students from being successful finishing school is not the desire or the aptitude, it’s the basic needs. And the pandemic really brought that home,” he said.

Sánchez, the congresswoman, agreed and added that many students in her district work two or three jobs to get themselves through college.

“If we can alleviate some of that financial burden, then they can really focus on their studies, get their degrees quicker and move into the workforce,” she said.

Later on Tuesday after visiting Chaffey College, Cardona told reporters that the Department of Education will “not stand” for anti-LGBTQ legislation in several states, such as the law that Florida Gov. Ron DeSantis signed Monday banning instruction on sexual orientation and gender identity in kindergarten through third grade.

“We’re going to make sure that all students get welcomed and accepted in the schools that they attend across the country. That’s what they need now more than ever,” he added. In a statement Monday, Cardona said his department plans to monitor the Florida law as it’s implemented to determine if it violates federal civil rights law.

Cardona also told reporters that “more information would be coming soon” when asked if the department plans to extend the pause on federal student loan payments. Those payments have been on pause since March 2020. Politico reported earlier this month that Biden administration officials signaled they might extend the freeze.