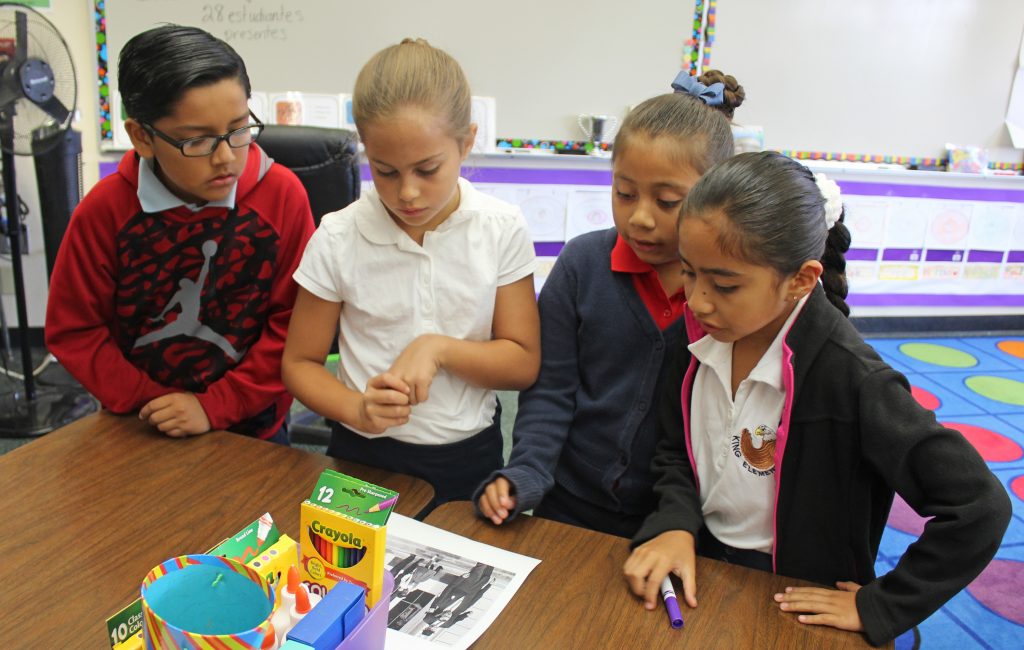 Students learning English as a second language need more bilingual teachers and bilingual education programs, more access to high-quality preschool and better tracking to understand how they do in school after they become fluent in English, according to a new report from The Century Foundation.

The report says Congress should triple federal funding for English learners and increase grants for bilingual teacher training and for bilingual preschool programs.

Conor P. Williams, a senior fellow at the foundation who authored the report, said it is clear that more funding is needed, since the number of English learners enrolled in U.S. public schools has increased from about 3.8 million students in 2000 to about 5 million in 2018. About 1.2 million of those students are in California.

When Title III funding for English learners was first included in the No Child Left Behind Act in 2002, the report says the amount was about $175 per student, whereas in 2017, it was about $147 per student. “In other words, Title III funding levels were inadequate from the start, and they have actually dropped relative to the number of students they now support,” reads the report.

“When there’s huge growth in the number of English learners, and when the outcomes we’re getting don’t reflect that we’re funding enough in the first place, and when inflation is decreasing the power of funding, it’s just an open-and-shut case,” Williams said.

Williams consulted with more than 100 teachers, administrators, researchers and advocates to get input on the reforms proposed. He said the goal was to put forward concrete and specific changes that Congress can make to benefit students learning English when reauthorizing the Every Student Succeeds Act.

The report also says Congress should devote new funding to increase the number of bilingual teachers and require states to track the academic progress of students who were formerly English learners but are now proficient in English, among other recommendations.

“That would give us such a clearer picture of how these kids are doing over time,” Williams said. “The current system we have doesn’t really accurately capture which schools are succeeding versus which aren’t.”

In the early education field, the report recommends better screening tools for federally funded programs like Head Start to identify young children learning English at the same time they are developing skills in their home language, often referred to as dual-language learners. In California, state-subsidized preschool programs will soon be required to identify dual-language learners, under AB 1363. In addition, the report recommends more funding to make programs bilingual and more spaces set aside for children whose parents speak a language other than English at home.

Advocates and researchers in California have also called on state lawmakers and Gov. Gavin Newsom to add funding to the 2022-23 budget to invest in state programs to prepare more bilingual teachers, such as the Educator Workforce Investment Program and the Bilingual Teacher Professional Development Grant.

“Many districts that are expanding or wish to expand these programs cite staffing as a pressing concern. That is why the recommendations to invest in the development or expansion of bilingual teacher training programs are so critical,” said Martha Hernandez, executive director of Californians Together, a coalition focused on improving education for English learners.

California spent almost two decades with a law in place that severely limited bilingual education, Proposition 227, before repealing it in 2016 with Proposition 58. The new law makes it easier for English learners to enroll in bilingual and dual-immersion programs by not having to sign a waiver, as the old law required. It also requires schools to explore creating a bilingual program if more than 20 parents or guardians from any one grade level or 30 parents or guardians from an entire school make a collective request for one.

“California’s in an interesting spot because they have a checkered history that they’re now digging out from underneath,” Williams said. “There’s a lot of energy in California to do better, to rebuild bilingual education in the state. California, I think, is trying, but it’s one thing to say you’re going to do it, and another thing to arrive.”