How can California improve the working conditions of community college adjuncts? 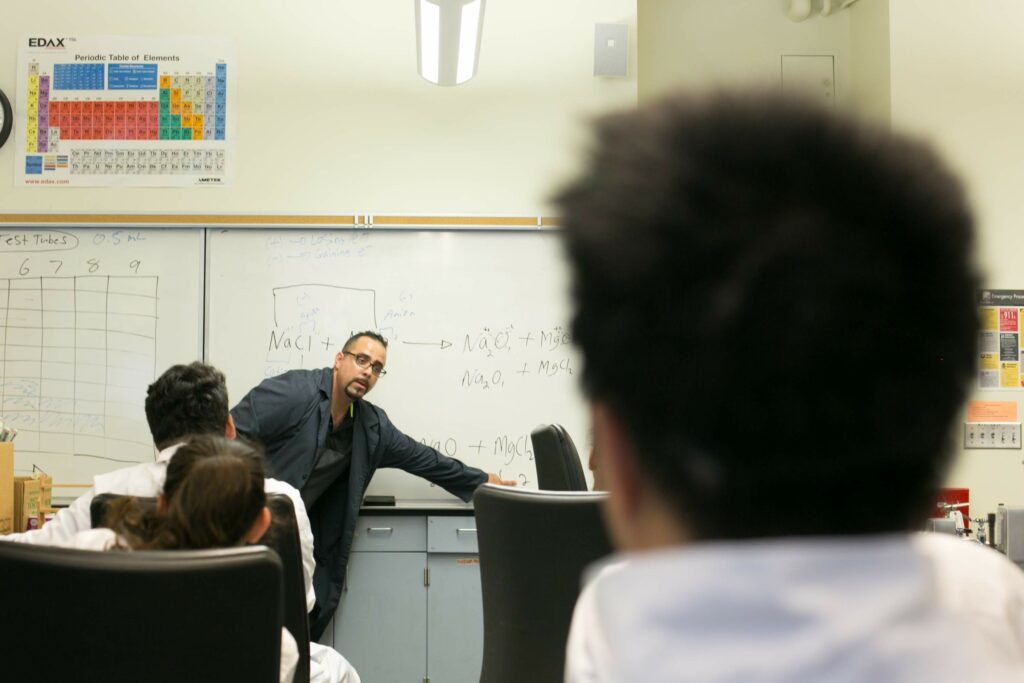 This story was updated at 4:20 p.m. Thursday to reflect actions taken by legislators on two bills impacting adjuncts.

The second class status of part-time faculty at California’s community colleges is a decades-long problem that demands novel solutions. With conditions worsening, state and local leaders need to find new ways to address the problem, panelists said Wednesday during an EdSource roundtable.

That could include agreeing on a master contract that sets minimum job requirements, pay and benefits; passing legislation to improve adjunct working conditions; and determining how to best utilize $200 million proposed by Gov. Gavin Newsom in the 2022-23 state budget for adjunct health care benefits.

Whatever the solution, panelists agreed that something must be done for the part-time faculty, also known as adjuncts, who make up two-thirds of the instructors at California’s 115 brick-and-mortar community colleges. The pandemic-driven loss in student enrollment is costing them jobs. Often, they work semester-by-semester with little or no job security, and those difficult conditions often trickle down and diminish the student experience, panelists said.

“As an adjunct, there’s always that feeling of, will I be needed this next semester? You’re always kind of waiting for that email or that conversation with the department chair,” said Kenneth Brown, a panelist who was recently the president of the board of California Community College trustees. An aerospace engineer, he teaches physics as an adjunct at California State University Dominguez Hills.

Nearly 37,000 adjunct instructors are the backbone of the state’s community college system, which is the nation’s largest higher-education system. Adjuncts often take gigs at multiple college districts to cobble together something akin to full-time work, but at pay rates vastly lower than full-time professors.

Since the onset of the pandemic in spring 2020, enrollment has plummeted at the community colleges, resulting in fewer jobs for adjuncts. Enrollment declined significantly during the 2020-21 academic year: The community college system reported its enrollment at 1.8 million, down about 15% from before the pandemic. Many colleges have continued to lose students over the most recent 2021-22 academic year.

Even though problems facing adjuncts have been exacerbated during the pandemic, the issue is not a new one. Community colleges have long relied on part-time faculty to balance their budgets and give them the flexibility to hire faculty as needed. Whether they get health benefits depends on which district employs them.  As EdSource revealed in a three-part series in February,  33 of the 72 community college districts offer no health benefits.

Adjuncts grossed an average of less than $20,000 per district, according to 2020 salary data for 41 of the 72 districts that listed titles for part-time faculty. The data was obtained by EdSource under the state’s Public Records Act.

Often, it is students who pay the price for the poor working conditions of part-time faculty, panelists said. For example, there is wide variation across California’s community colleges when it comes to compensation for office hours, which are often as crucial to student success as regular classroom instruction. Some adjuncts don’t get paid at all for office hours, and some refuse to put in that time for no pay. Full-time faculty typically are compensated for office hours and any work outside the classroom.

John Martin, a panelist and an adjunct faculty member at Shasta and Butte colleges, said he no longer meets with students outside the classroom because he doesn’t get paid for those hours.

“Why should I work for free? I meet with them right after class, right before class, but I’m not going to hold office hours unless they are paid,” said Martin, who is also chair of the California Part-Time Faculty Association, an advocacy group for adjuncts.

Another panelist, Wendy Brill-Wynkoop, president of the Faculty Association of California Community Colleges, pointed out that adjunct “working conditions are our student learning conditions” yet students attending California’s community colleges are often among the lowest-income students.

Part-time faculty are asked to help lift those students out of poverty and into the workforce, even though the faculty themselves aren’t fairly compensated, creating a difficult situation for both students and faculty, Brill-Wynkoop said.

“You’re asking those who are unfairly compensated to lift others out of poverty,” she said.

At the same time, part-time faculty have essentially been pitted against full-time faculty, said Jose Fierro, president of Cerritos College and a roundtable panelist.

“Years of policy have led to disparity, and this disparity often puts two groups in competition,” he said. “So in a state like California … oftentimes you have contracts that give priority of assignment to full-time faculty.”

The solution lies beyond individual campuses, he added. “The way to talk about working conditions and employment for part-time faculty is to look at the larger system issues rather than what we find in 115 different colleges, because there are 115 different ways in which that will be addressed. And we’ll see that that’s not working.”

Another panelist, William Herbert, executive director of the National Center for the Study of Collective Bargaining in Higher Education and the Professions at Hunter College in New York City, said there are several routes California can take to improve the realities of part-time faculty.

One option, according to Herbert, would be to establish minimum standards at a statewide level that would set a baseline for issues like compensation and benefits for adjuncts.

Another option would be to create better conditions through collective bargaining and even come up with a master contract that could be applied to campuses across the state.

“It could create a better playing field for everyone,” Herbert said. “A part of those negotiations could be creating a pathway towards full-time employment.”

Adjuncts told EdSource that they don’t feel that they get a fair shot at full-time jobs given their teaching experience.

Martin said his organization, which does not negotiate adjunct contracts, is finally getting attention from the state’s unions. “They are listening to us. However, there are a group of people in power that are dragging their heels, and they are in strong opposition to amend our working conditions.”

There have been several proposals this year at the statewide level that could improve the circumstances of adjunct faculty. On Thursday, one bill affecting adjunct faculty cleared a key committee while another was shelved.

Assembly Bill 1856 would allow adjuncts to teach up to 85% of a full-time teaching load in a single district, something that would provide them more stability and lessen their need to cobble together jobs across multiple districts. The bill was passed Thursday by the Assembly’s Appropriations Committee. However, Newsom vetoed similar legislation last year.

At the same time, Newsom’s budget proposal includes $200 million to fund health care coverage for adjuncts at colleges across the state. The money would fund a pool to which local districts would have to apply for reimbursement for 50% of their cost of providing coverage. The fund has been badly underfunded in recent years. The terms would have to be negotiated at every campus. Still, the proposal is seen as an investment that would vastly increase what is currently available.

Fierro, the president of Cerritos College, suggested during the roundtable that the money for health care could be allocated at a statewide level, rather than at local colleges.

“This should be an opportunity for us to look at how we can enroll part-time faculty into a statewide system of benefits, utilizing the purchasing power that is in this year’s budget and that has already been given to the districts and maybe saying, we’re going to take back all that and this is going to be a big umbrella through the state in which we can affiliate community college employees that meet these specific characteristics,” he said.

“The power that we will have in numbers, not just in numbers of faculty, but the amount of money that collectively is spent, I think could provide something a little better than what we individually could,” Fierro added.

During the roundtable, panelists also addressed the racial makeup of faculty at the community colleges, which does not reflect the diversity of the students attending those colleges. Nearly 60% of faculty across the state are white, while 71% of students are from other racial and ethnic backgrounds, including students who are Latino, Black, Asian and Native American.

Brill-Wynkoop said it’s an “enormous problem” that is compounded by the poor working conditions for part-timers.

“So we’ve created a circumstance where we need to bring in new, fresh ideas, younger, diverse faculty, and it is very difficult when we’ve created a system where the chances of getting a full-time position and being able to sustain yourself are very small,” she said.

Fierro added, though, that it will require more than just higher pay and better working conditions to ensure that the faculty match the diversity of the students. One possible solution, he said, is making sure job hiring panels include diverse members.

“Panels tend to hire what they reflect,” he said. “And if we do not diversify panels, we will continue to hire in the same way we have been doing.”