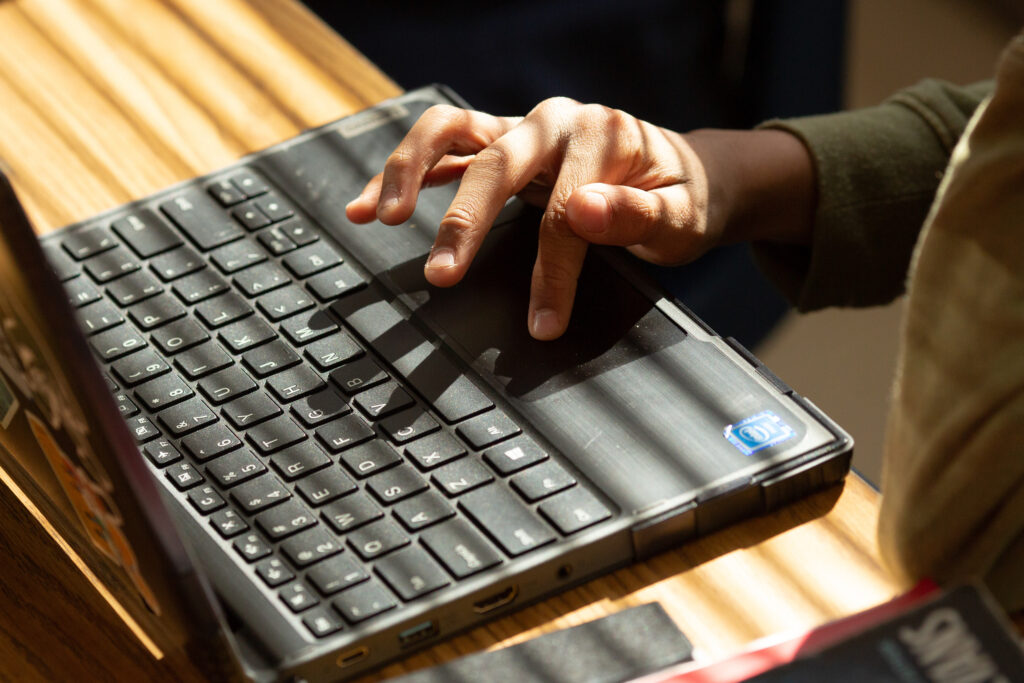 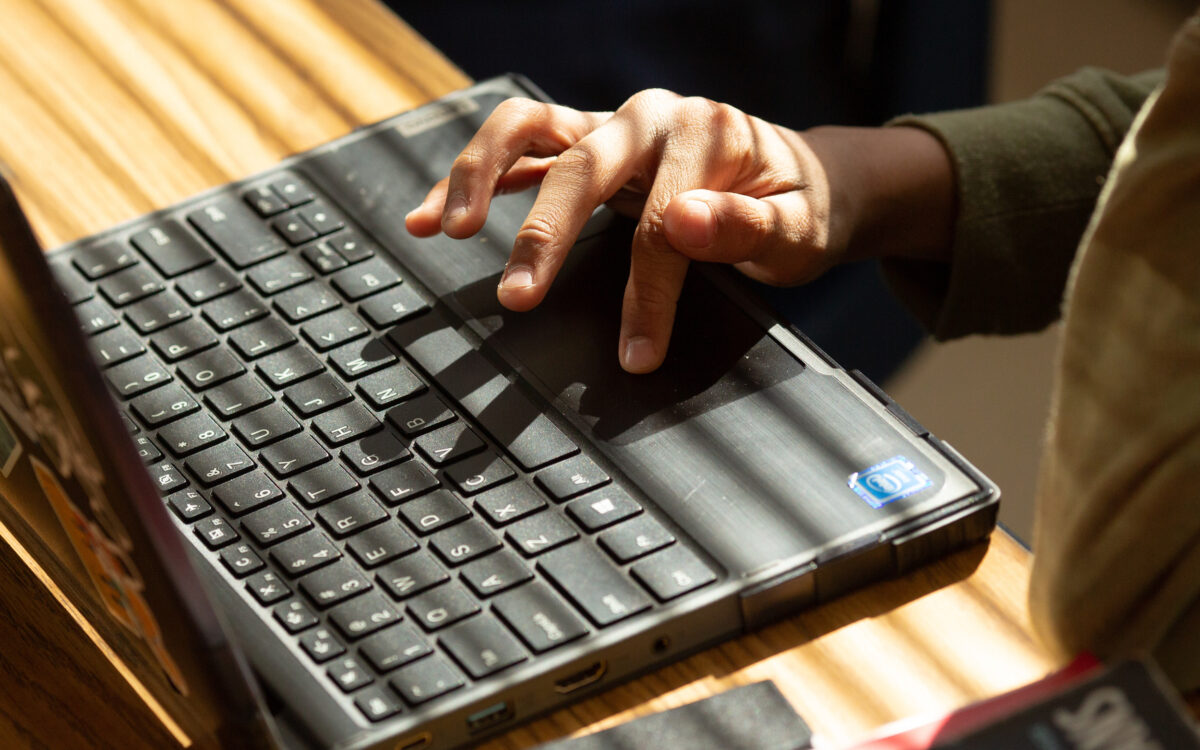 The sponsor of legislation that would have provided $400 million in additional funding to raise the academic achievement of Black students pulled the proposal hours before likely passage Wednesday, after Gov. Gavin Newsom raised objections.

Newsom advisers did not say what those objections were, although four years ago, in a similar bill, Assembly legislative analysts suggested that the legislation would violate Proposition 209, a 1996 constitutional amendment. It bars preferential treatment by state and local governments in areas of public employment, education, and contracting based on sex, race and ethnicity. Two years ago, California voters reaffirmed Prop. 209 by voting down an initiative to rescind it.

Both the 2018 legislation and Assembly Bill 2774, sponsored by Assemblywoman Akilah Weber, D-San Diego, would have added funding for the first time for students in the lowest performing student group, which for decades has been Black students. Because the bill focused on student performance, not race, Weber and proponents said the bill would not violate Prop. 209. The bill moved through the Legislature with nearly unanimous approval, without a mention of Prop. 209. Faced with similar opposition from then-Gov. Jerry Brown, the 2018 bill, although popular, also stalled before reaching Brown’s desk.

Weber said she withdrew the bill after lengthy negotiations with the Newsom staffers. Both she and the Newsom administration were upbeat but circumspect in statements in which they agreed to work together on a commonly held goal.

Weber wrote she was “happy to announce” that Newsom “committed to ongoing funding and to work with us to create a comprehensive policy” to improve performance “of students in the lowest-performing groups and the related goal of addressing the needs of Black students.”

A statement from Newsom’s office said the administration is committed to working with Weber, the California Legislative Black Caucus and others “to develop a comprehensive proposal” in the 2023 state budget that would “focus increased resources and services on the needs of our lowest performing students.” Neither Newsom not Weber acknowledged that Prop. 209 was an issue.

Supporters of the bill were reported to be angry with the terms of a three-page agreement that Weber and the administration reached, and some would have preferred to send Newsom the bill to sign or veto. The document has not been released.

In a statement released Friday, a coalition of civil rights and education leaders expressed disappointment that the bill did not move forward. Alluding to Prop. 209, the bill’s co-sponsor, Margaret Fortune, president and CEO of Fortune School, a group of 10 charter schools concentrated in the Sacramento area, serving primarily Black students, said, “This result leads us to ask why is the state being selective in the application of ‘constitutional issues’ to single out and prohibit support for Black students — the state’s lowest performing subgroup — in ways in which California routinely helps other high needs subgroups of students.”

Debra Watkins a former English teacher co-founder of Black Students of California United and founder of A Black Education Network, added, “After 45 years in the field of education watching Black students remain at the bottom of the academic achievement ladder, I am just frustrated.”

The bill would have completed a five-year campaign initiated by Weber’s mother, Shirley Weber, who held Akilah Weber’s Assembly seat before Newsom appointed her secretary of state. Similar versions of the first bill also failed to become law despite substantial support.

“We have been failing Black kids for years,” said Akilah Weber said earlier this year. “No one should bring that to the state, it should be something that the state has recognized and wants to fix on its own because you want the best for the kids.”

“The data show that long-standing academic underperformance and systemic neglect have been chronic and not addressed,” said Fortune. Along with the Fortune School, State Superintendent of Public Instruction Tony Thurmond also co-sponsored the bill.

The bill would have amended the Local Control Funding Formula to add a new category of students qualifying for extra funding: the lowest performing student group not already covered by the law. Doing so would distribute an estimated $400 million to 785 districts, starting in 2023-24, based on Black student enrollment.

The formula currently provides supplemental funding for English learners and low-income, foster and homeless children with additional “concentration” funding where those students are disproportionally enrolled. But each qualifying student receives money for only one category; students who are English learners and low-income don’t receive double funding.

Fortune said that issues of race and poverty are often conflated. “Something in the achievement gap is not just about poverty,” she said. “Something more is at play.”

Additional funding would have started next year. Under the bill, school districts would have had to include a three-year funding plan for increased or improved programs or services for meeting the needs of Black students in their Local Control and Accountability Plans, as they have done with English learners and other student groups receiving supplemental and concentration funding. By law, they have to involve the public in creating the plan.

The money could fund tutoring and other academic programs or staff focused on Black achievement. In 2017, Fresno Unified took the initiative on its own when it established the Office of African American Academic Acceleration, known as A4 and budgeted $9 million to identify and address the causes of the discrepancy in academic outcomes between African American students, who make up 8% of all students, and other student groups.

Fresno Unified Superintendent Bob Nelson said last month that passage of the bill would provide “a sustainable source of funding and eliminate the narrative that you have no money to spend on these students,” he said.  “If you can crack that nut, you can apply lessons to other disproportionate groups.”

Fresno Unified also announced the launch of the state’s first dual-enrollment alliance with one of the nation’s historically Black colleges and universities.

HBCU Step-Up Pathways Program will offer up to 100 students in three of Fresno’s nine high schools free enrollment in online courses at Benedict College, a small liberal arts college in South Carolina. The students will be coached in the courses on days when they’re not online. The courses will be transferable to California community colleges, and the district is arranging a credit transfer contract with Fresno State, Fresno Superintendent Bob Nelson said.

Nelson said the district is in preliminary discussions with St. Augustine’s University in Raleigh, North Carolina, about opening a brick-and-mortar campus in Fresno. It would be the first HBCU to open west of Texas, he said.

Fortune said that 89% of Fortune Early College High School students graduate with some college credit, and more than a quarter of the school’s graduates earn one or two associate’s degrees, compared with 1% of Black California high school grads statewide.

Students at the Fortune charter schools, where students take Saturday school and summer programs, graduate from high school with an associate’s degree.

After squelching the first version of the bill in 2018, Gov. Jerry Brown agreed to include $300 million in one-time funding over three years for all low-performing students not covered by supplemental funding under the funding formula, but not exclusively for the lowest-performing student group. An analysis found that only 8% of that funding was allocated to Black students.

Covid interfered with districts’ ability to implement new programs and document them for a report back to the Legislature. Fortune said that it was no replacement for ongoing funding, which would enable long-term investments, including staff positions. That was the advantage, she said, of AB 2774.

Under the bill, the California Department of Education would have designated the lowest performing group annually, based on Smarter Balanced scores. If Black students outperformed the second lowest performing student group, currently Native Americans, those students would then receive supplemental and concentration funding. However, Black students would continue to receive additional funding until that group equaled or exceeded the performance of the highest scoring group, Asian students.

Students with disabilities, whose scores are below those of Black students, were excluded from the bill because they receive state funding outside the Local Control Funding Formula.