Education on fentanyl, other drugs often optional in California schools, if offered at all 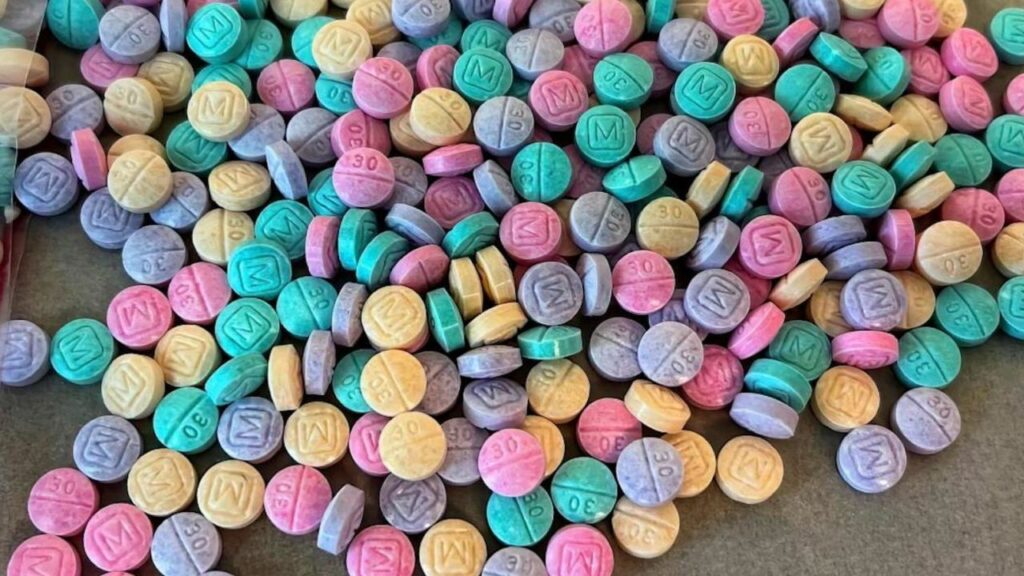 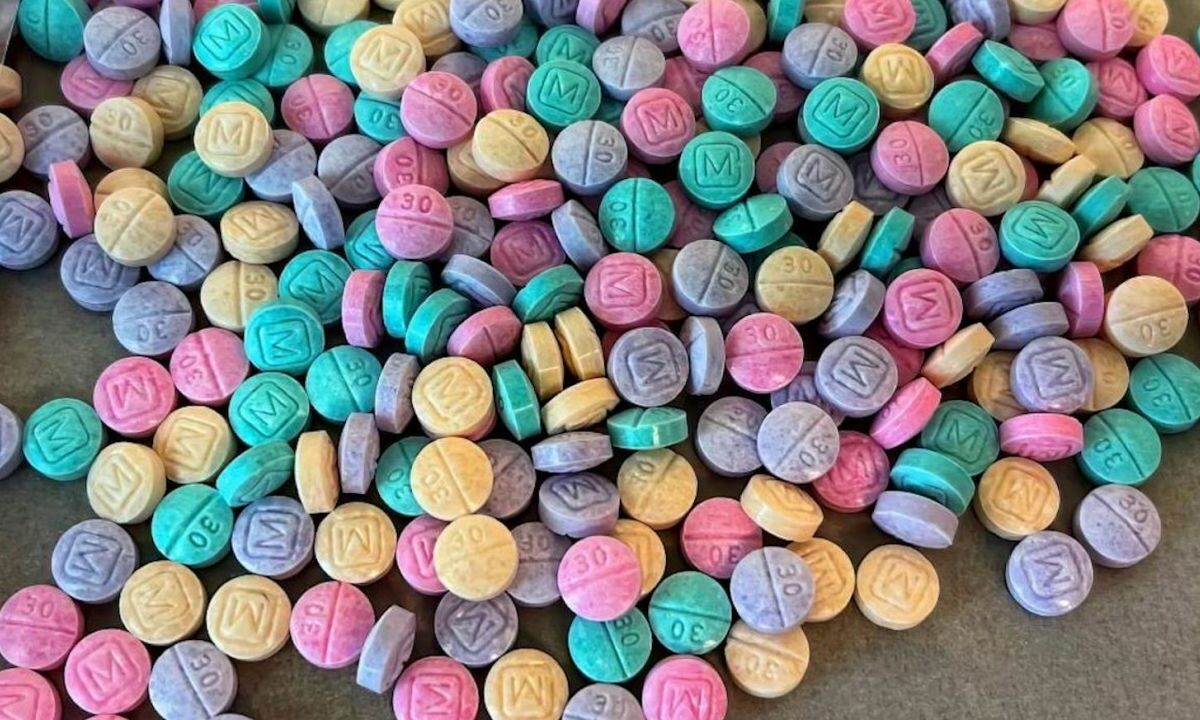 “That is our No. 1 complaint,” said Dareen Khatib, co-chair of the California Health Education Community of Practice, a coalition of health educators from throughout California. “Prevention is not always prioritized. It’s not consistent. And it’s not offered to all children. … I know there are schools out there that, unfortunately, offer very little or nothing in the way of health education.”

Only two-thirds of middle and high schools in California offer a dedicated class in health education, according to the California Department of Education, and in most cases the course is optional.

“Unfortunately, right now it’s very siloed and piecemeal,” Khatib said. “Ideally, we want every student in California to have access to this.”

The state’s health education framework includes substance use prevention for students of all ages, starting with general lessons for the youngest students about the importance of putting healthy things in one’s body and resisting peer pressure, eventually leading to detailed lessons for older students on the effects of illicit drugs on adolescent brain development. The idea is to connect health with life skills such as critical thinking, decision-making, setting goals and developing positive relationships.

Some districts hire outside instructors to teach units on drugs, nicotine and alcohol, and others weave the curriculum into biology or physical education classes. Some, such as Los Angeles Unified, even stock naloxone, a nasal spray used to prevent opioid overdoses, on campuses. And most districts have counselors who can help students struggling with substance use or refer them to outside agencies.

But in light of the surge in drug overdoses and deaths, some parents and health educators say schools need to do much more. More than 770 Californians under age 24 died of fentanyl overdoses last year, a 21-fold increase since 2016. Even as overall drug use among teenagers has declined, hospitalizations and deaths have soared – driven largely by the prevalence of fentanyl, a synthetic opioid that’s more than 50 times stronger than morphine.

Fentanyl overdoses accounted for more than 80% of all drug-related deaths among California’s young people in 2021. Some of those victims sought out fentanyl for its potency, but most ingested it accidentally, thinking they were using something less dangerous. A 15-year-old girl in Hollywood died at school last week after she took a Percocet pill she likely did not know was laced with fentanyl.

“Fentanyl is my worst nightmare. There’s so much misinformation, and there’s such a deadly and immediate risk,” said Stephan Lambert, prevention coordinator for the Orange County Department of Education. “But schools can play an important role in fighting this, providing nonthreatening, nonjudgmental information to help students stay safe.”

Schools should respond to the needs of their local communities, he said. In areas with high rates of drug use, for example, schools should pay close attention to students’ needs. Students might be living with a parent who’s struggling with addiction, or illegal drugs are so commonplace that students are far more likely to be exposed at very young ages.

In California, rates of drug use and overdoses vary widely across regions. Mendocino, Humboldt and San Francisco counties, for example, have some of the state’s highest rates of opioid-related overdose deaths. Kern, Lake and Butte counties had high rates of deaths related to methamphetamine and other psychostimulants.

Affluent areas tend to have higher rates of alcohol and drug use among youth, according to the California Healthy Kids Survey, a confidential, anonymous survey the state Department of Education gives to students annually. In Marin County, about half of 11th graders said they’d used drugs or alcohol in the past month and 80% say drugs and alcohol are easy to obtain, according to the most recent survey. A 2020 report commissioned by the county Health and Human Services Department described it as an “endemic problem.” In Piedmont Unified, another wealthy enclave in the Bay Area, drug and alcohol use among 11th graders neared 60%. The state average is 19%.

An exception is Redondo Beach in Los Angeles County. The coastal community south of Santa Monica has one of the state’s lowest rates of youth drug and alcohol use — possibly due to the school district’s comprehensive health and drug and alcohol prevention program.

In Redondo Beach Unified, all seventh graders get 16 lessons on drugs and alcohol prevention and four “booster lessons” in eighth grade. In ninth grade, they learn more about the topic in biology class. Every Thursday the district sends out emails with social-emotional tips, including information about avoiding drugs and alcohol. The district regularly sends advice to parents and hosts information nights on the topic.

But perhaps most effective is the wellness center at Redondo Union High School. Staffed by five counselors, the center offers daily help for students who want to quit drinking, vaping, smoking or engaging in other harmful behaviors, or have been referred by their parents or teachers. Students can get substance use counseling, individual or group therapy, mental health support and other services, with a focus on helping — not punishing — students.

“Our message is, we don’t want you to do drugs because your brains are still developing,” said Rachel Andrews, a counselor at the school. “Our goal is to get students to adulthood in the healthiest possible way, which we know can reduce mental health problems later on, help them go to college and launch careers, and reach their goals.”

The program appears to be working. In the 2021 Healthy Kids survey, only 18% of 11th graders said they’d used alcohol or drugs in the past month, about half the rate in comparable districts.

Long Beach Unified recently expanded its substance use counseling services, opening wellness centers at every middle and high school in the district. The centers offer general social-emotional support as well as referrals to outside agencies for help with drugs and alcohol use. In addition, the district offers comprehensive health education starting in kindergarten.

But for Brenda Villanueva, a junior at Long Beach Polytechnic High School, even that’s not enough. Too many students aren’t getting the message that drugs can harm brain development and lead to other problems.

She’s seen too many peers’ lives derailed by drug or alcohol use, including a cousin whose substance use has caused a rift in their relationship. She worries about him, as well as the school environment her three younger sisters will face. It’s an issue she encounters almost daily, she said.

“I feel like a lot of people want help, but they don’t ask because they feel like they’re going to be judged or punished,” she said. “Schools need to be nonjudgmental and listen to students and give them help, before suspending them.”

At many schools, punishment is interwoven with education about drugs. Possessing illegal drugs on campus is illegal under the California education code, and some schools will suspend students after their second or third violation. Students are often referred to counselors after their first offense.

Last year, there were only 3,200 drug-related suspensions in California schools, making up about 20% of all suspensions.

Righetti High School in Santa Maria is one of the rare schools that require students to take a health class — which includes several units on drugs, tobacco and alcohol — to graduate. The district also contracts with a local nonprofit called Fighting Back Santa Maria to provide further substance use education, counseling and classes for students who need it.

The approach seems to be working. Drug and alcohol use in the district has been falling steadily, with just 14% of students in 2021 saying they’d used drugs or alcohol in the past month. (Because it’s anonymous and confidential, the California Healthy Kids Survey is generally an accurate reflection of actual substance use at a school, according to the California Department of Education.)

“Our message is that students should avoid it, but we also look at the underlying issues that are leading them to take drugs or alcohol,” said Eric Blanco, a counselor at Righetti High. “Do they need mental health support? Better coping skills? Does their family need support? We try to look at everything.”

For Lauren Koehler’s stepdaughter, Kaitlin, all it took was one bad day. The bright, outgoing 21-year-old, who aspired to be a counselor for abused women, had not used drugs in two years when she fatally overdosed on fentanyl while visiting her grandmother near Modesto in 2021.

She might have known she was taking fentanyl, Koehler said, but she definitely did not know it could kill her.

“I understand kids are curious. But I don’t think they really get that this will take your life,” Koehler said. “What’s happening right now is horrifying. People are dying. It’s destroying families’ lives. … Our lives will never be the same.”

Comprehensive drug education in middle and high school might — just might — have saved her, her stepmother said. Kaitlin had struggled with drug use and depression since she was 13, and her family has a history of addiction. She had bounced around schools and might not have understood the risks of illicit drugs, despite the interventions of her family, Koehler said.

In April 2021, she was alone one night at her grandmother’s house when she ingested fentanyl, passed out and hit her head on a desk, causing a fatal head injury.

“She was the most compassionate, loving, sweet person. She had everything going for her,” Koehler said. “I don’t think she had any idea what she was doing, how dangerous it was.”

Anyone struggling with drug or alcohol addiction can call the National Drug Helpline at (844) 289-0879 for free, confidential counseling and referrals.