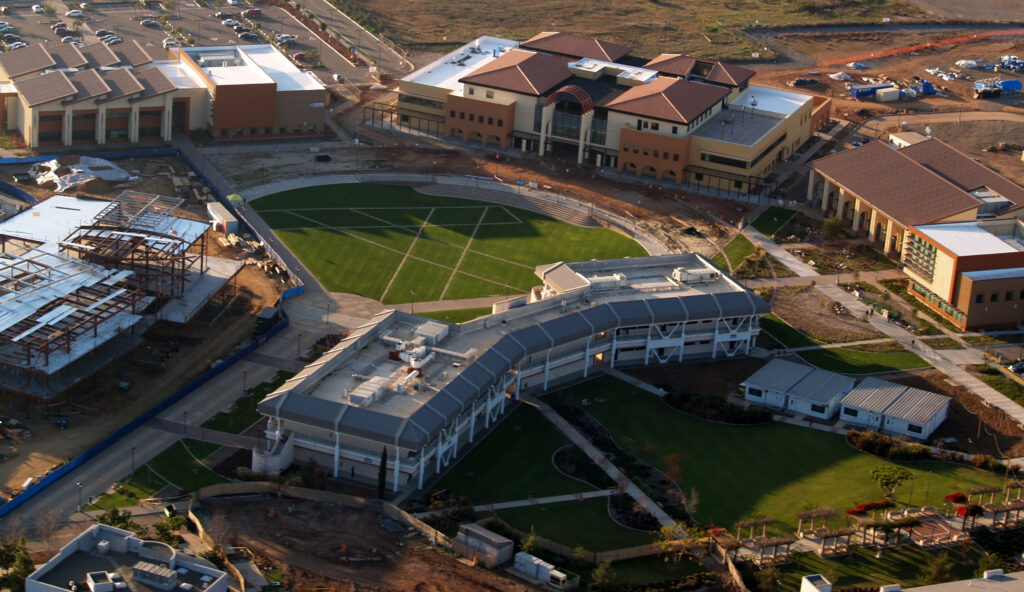 AB 1705 would prohibit remedial classes except for very limited circumstances. 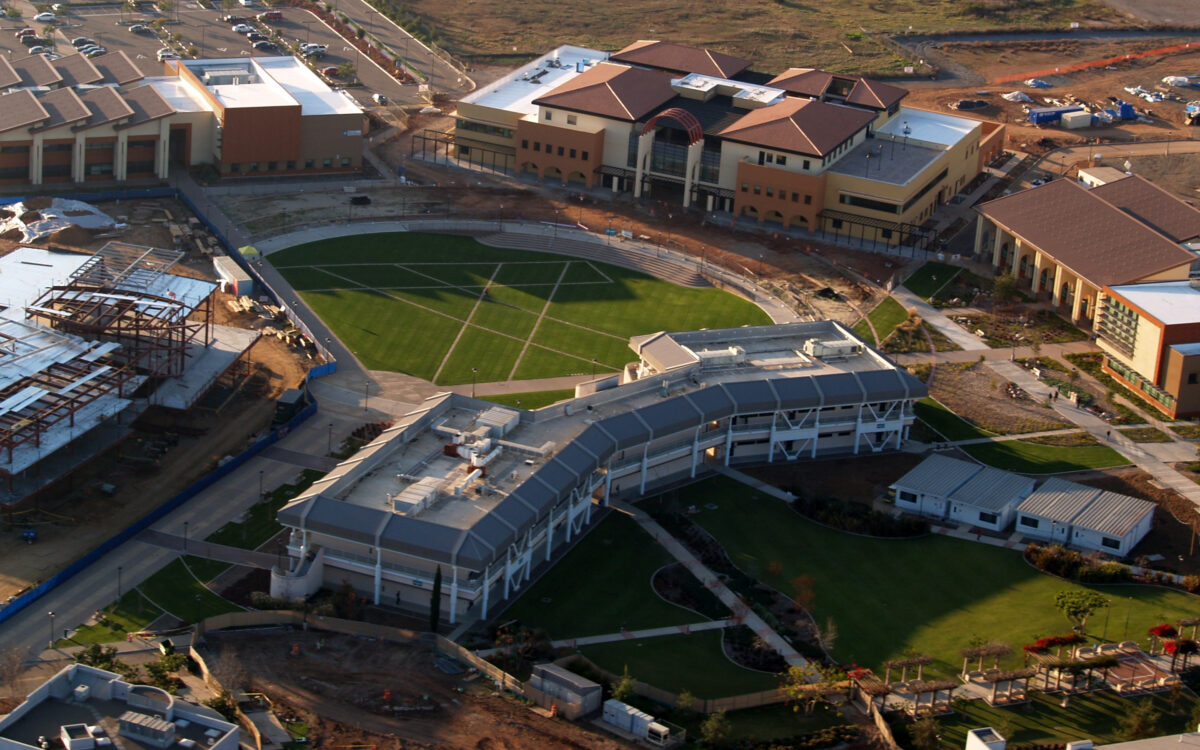 Phil Konstantin/Flickr
San Diego Miramar College is one of dozens of California's community colleges that still offer remedial classes, though it has reduced its offerings of those classes dramatically and faculty hope to soon eliminate them.

Phil Konstantin/Flickr
San Diego Miramar College is one of dozens of California's community colleges that still offer remedial classes, though it has reduced its offerings of those classes dramatically and faculty hope to soon eliminate them.

Awaiting Gov. Gavin Newsom’s signature is a bill that would mostly ban remedial math and English classes, which can’t transfer with credit to four-year universities. If he signs the bill, it will affect more than 40 colleges that continue to offer those classes five years after the state told them to allow students to bypass the courses.

Assembly Bill 1705 soared through the state’s Legislature, winning the approval of lawmakers who are frustrated that some students are still being funneled into remedial classes. Lawmakers contend that many of the colleges offering remedial courses are violating the spirit of a 2017 law, Assembly Bill 705, which said colleges can’t place students in remedial classes unless they are highly unlikely to succeed in transfer-level coursework.

The new law builds off the initial one by creating stricter rules detailing the limited scenarios when colleges are allowed to enroll students in remedial classes. Certain groups of students would be exempt from needing to go directly to transfer-level classes, such as some disabled students, students who didn’t graduate from high school and students in some career technical education programs. A college could also enroll a student in a remedial course if the college can prove, based on the student’s high school grades, that the student would be more likely to earn a degree by doing so.

Colleges would be expected to enroll the rest of the students in transfer-level classes.

Can we axe remedial classes?

EdSource · Can we axe remedial classes?

This past spring, each community college was required to submit a report to the chancellor’s office explaining whether they planned to offer remedial classes in fall 2022. More than one-third of the system’s 115 brick-and-mortar colleges — 46 of them — reported that they would, according to data obtained by EdSource through a Public Records Act request. Those colleges are spread across the state, from College of the Siskiyous near the Oregon border to the San Diego Community College District.

“There are a lot of schools that have been lagging in 705 implementation,” said Assemblymember Jacqui Irwin, D-Thousand Oaks, the author of both AB 705 and the new legislation. “So we really just wanted to tighten up 705 to make sure every student is encouraged to go into transfer-level classes.”

The new bill has faced some opposition, most notably from the Faculty Association of California Community Colleges, a statewide advocacy group. The faculty group says there are some students who benefit from those classes but won’t be able to take them if the law is adopted.

Irwin is confident that Newsom will sign the bill. The bill didn’t receive a single opposition vote in the Legislature, and Lt. Gov. Eleni Kounalakis has endorsed it. This year’s budget agreement also included $64 million for colleges to help students complete transfer-level math and English courses. Newsom’s Department of Finance took a neutral position on the bill.

Irwin and other critics of remedial education point to research showing that pre-transfer coursework is often a barrier for students. Prior to AB 705, just 16% of students who took remedial courses earned a certificate or associate degree within six years, and only 24% transferred to a four-year university, according to the Public Policy Institute of California. Research has also shown that Black and Latino students enroll at disproportionately high rates in those classes.

Remedial classes across the state have already dwindled dramatically since the original law was adopted. This fall, 93% of introductory math courses across the state are transfer-level, up from 36% in 2017, according to the California Acceleration Project. Students have also been more successful: In fall 2020, 46% of first-time math students completed transfer-level math within one term, up from 24% in 2018, according to the Public Policy Institute of California. In most cases, students taking transfer-level classes have the opportunity to simultaneously enroll in co-requisite courses, which offer extra help with the transfer-level coursework.

Even the colleges that still have remedial courses are offering far fewer of those sections than they did before AB 705.

Still, lawmakers aren’t completely satisfied with that progress, and neither is the statewide chancellor’s office that oversees the colleges. Among the colleges that reported they would offer remedial classes, most of them weren’t able to justify doing so, said John Hetts, an executive vice chancellor for the college system.

“As we’ve reviewed the evidence that colleges provided for having those classes, most of the evidence does not rise to what we would consider to be strong evidence,” he said, adding that the chancellor’s office will soon publish additional guidance for the colleges clarifying that they shouldn’t be offering remedial courses.

Among the colleges still offering remedial classes is Los Medanos College, which this fall has remedial sections of elementary algebra, prealgebra and intermediate algebra. The Contra Costa County college’s intention was to limit those classes to students not seeking to transfer, but that hasn’t happened, said Ryan Pedersen, the dean of instruction.

Pedersen said he has reached out directly to students in those classes to make sure they weren’t intending to transfer. “It was obvious there are lots of students that shouldn’t be in there,” he said. Pedersen added that the college now plans to eliminate the “vast majority” of those classes before the spring.

San Diego Miramar College is also hoping to get rid of two remedial courses of intermediate algebra that remain in its course catalog. Anne Gloag, chair of the college’s math department, said her department’s desire is to have zero remedial courses but continues to offer them to satisfy faculty elsewhere at the college. Some chemistry courses, for example, have intermediate algebra as a prerequisite.

“We want to develop a college-level math class alongside those departments that will fit their needs, but it’s a long process,” Gloag said.

Not every college offering remedial classes is as eager to get rid of them. Cuesta College in San Luis Obispo County this fall is offering four sections of intermediate algebra and applied algebra. The courses are meant for students pursuing a STEM degree who have been out of college for several years, said Jason Curtis, the college’s vice president of instruction.

Students aren’t placed or referred to those classes, and the college’s online orientation includes a section with bold lettering informing students they can go straight to transfer-level classes. Still, each remedial section is about 90% full this fall.

“It’s kind of hard to deny there’s demand for those classes,” Curtis said. He added that the college is monitoring AB 1705 and is trying to determine whether it will leave room for the college to offer remedial classes for students who want that option.

The statewide faculty association is also concerned about students not having the option to take remedial classes if AB 1705 is enacted. Wendy Brill-Wynkoop, president of the faculty association, said she’s particularly concerned for older students who return to college and would be forced into transfer-level coursework that they may not be ready for.

“If they see a subpar grade and they haven’t necessarily done well academically before, that’s something that convinces them to walk away,” she said.

Irwin said the intent of her bill is not to completely get rid of remedial classes, pointing to the exceptions that exist for certain subgroups of students.

She also noted that the bill allows for colleges to offer remedial courses if they can prove it will help specific populations of students. Such a population, for example, could be students pursuing a STEM degree who earned poor math grades in high school. If a college can prove that students fitting that description are more likely to earn a degree by taking a remedial math class, AB 1705 allows the college to offer that class. But Irwin acknowledged that so far, colleges haven’t been able to justify remedial classes using that criterion.

Hetts, the executive vice chancellor for the community college system, said it’s his “strong expectation” that if AB 1705 is signed, the system will eliminate almost all remedial classes by fall 2023. Using the $64 million provided in this year’s budget, the colleges plan to spend the next year developing additional support for students taking transfer-level courses, such as more co-requisite classes and tutoring options, Hetts said.

“It’s time to finish this last leg of the race,” he said.