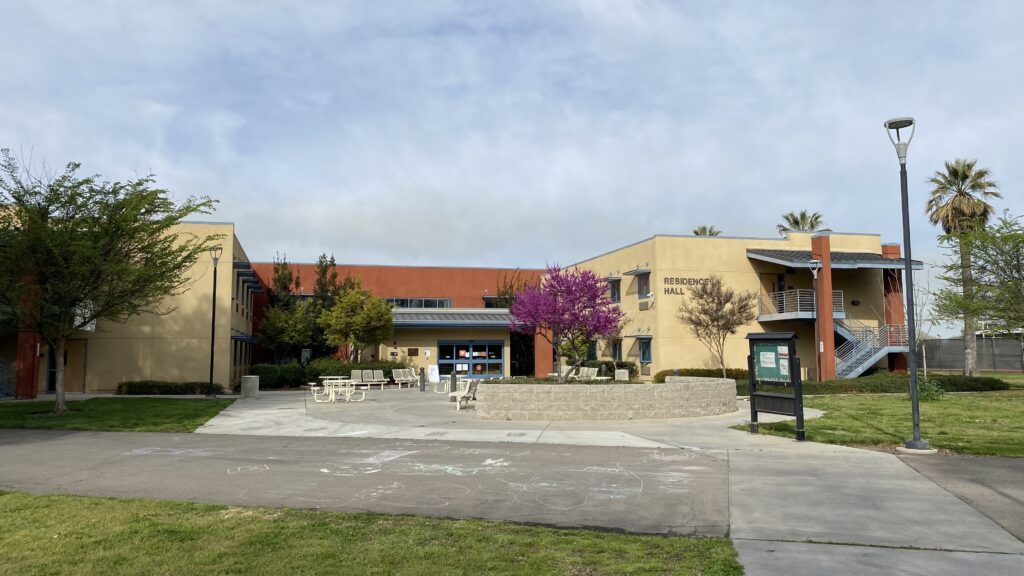 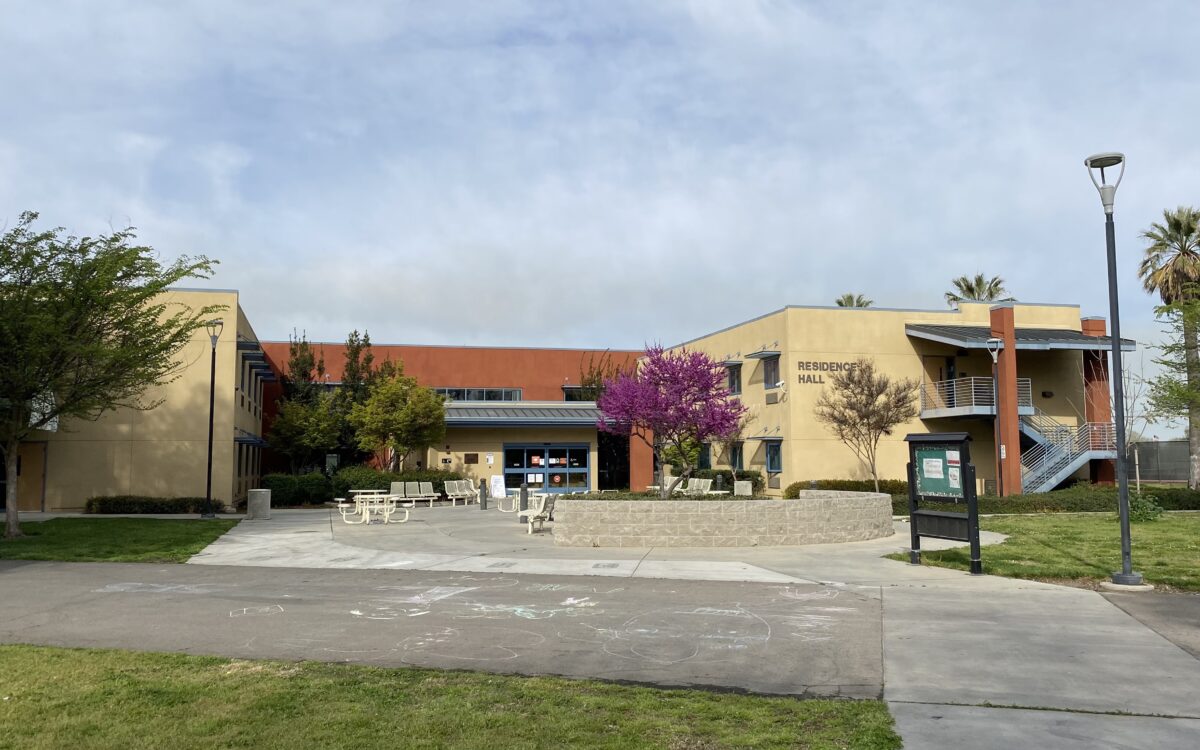 Credit: Emma Gallegos
Reedley College is one of the few community colleges in California that has offered on-campus housing for its students. The college in the rural Central Valley has offered housing to its students for over 50 years.

Credit: Emma Gallegos
Reedley College is one of the few community colleges in California that has offered on-campus housing for its students. The college in the rural Central Valley has offered housing to its students for over 50 years.

At Sierra College just north of Sacramento, every semester brings at least one guarantee: a very long waitlist for housing in the college’s residence hall.

One of just a few community colleges in California offering on-campus housing, Sierra College’s dorm-style residence hall has about 120 beds. With more than 16,000 students enrolled at the college and about 25% of them housing insecure, demand for those beds regularly outpaces supply.

Soon, help could be on the way: Sierra College is one of four community colleges that the state’s Department of Finance has recommended receive tens of millions in funding to create more affordable housing for its students. The other community colleges are Fresno City College, Ventura College on the state’s Central Coast and College of the Siskiyous near the Oregon border.

Traditionally, community college students in California commute to their campuses. Just 11 of the state’s 116 community colleges currently offer student housing, according to the statewide chancellor’s office.

The new housing projects still need to be approved by the state Legislature, but if that happens, they would add 1,300 beds across the four colleges. That would represent a significant expansion of the housing currently offered across California’s 116 community colleges. Still, it would also be only a small step in solving the housing crisis. The system enrolls about 2 million students, and according to the state chancellor’s office, about 1 in 5 have reported being either homeless or without stable housing.

“From all of our research, the two biggest factors that impact student success are housing and transportation. Students can’t overcome if they don’t have those,” said Willy Duncan, president of Sierra College, while noting that building on-campus housing solves both of those problems, since students won’t need to commute to campus.

“Obviously I’m very happy that we are one of the colleges being recommended for this, but I would advocate very heavily that more community colleges should be funded for this. Our population, our students really need affordable housing,” he added.

Sierra College and the other colleges would receive the housing money as part of a $2 billion student housing grant program that was approved last year by the state Legislature and Gov. Gavin Newsom. Of that money, $500 million will be available to colleges in the current 2021-22 fiscal year. Lawmakers must allocate the money by June 30, when the fiscal year ends.

If the Legislature approves the projects this summer, it will be years before the new housing can open to students. The community colleges slated to receive grants would likely break ground on the projects in December. Officials at the colleges expect construction to take at least a year and in some cases two years.

One of the few community colleges in California that already has student housing is Reedley College, located 20 miles southeast of Fresno. The guarantee of stable housing is what drew Jesse James Gutierrez, a sophomore at Reedley, to the college.

Gutierrez, who plays football at Reedley, is from Imperial County in Southern California, about 400 miles south of Reedley. Colleges closer to his hometown also had football programs, but none offered housing. He said that’s a deal-breaker for students like him whose families are struggling. Living in the residence hall and being on a meal plan, he doesn’t have to worry about having a car or making rent. It also makes it easier for him to juggle his daily schedule because everything he needs is close by.

“You have to balance your grades, your tutoring, your classes, your workout,” Gutierrez said.

John Ruff, whose job at Ventura College is to help students with basic needs like housing and food, sees firsthand the impact California’s housing crisis has on community college students. Often, students who visit the Basic Needs Office at Ventura College are working two or more jobs, Ruff said. But even that isn’t always enough to find affordable housing in the area. Some students at the college live in apartments with up to eight other students.

Ruff can relate to those experiences. An alumnus of the college, Ruff came to Ventura from Texas in 2000. He played football at the college and at one point, he and 12 other teammates lived in the same apartment.

Ruff said he and his co-workers do what they can to help students find stable housing, but it’s not easy. The monthly rent for most apartments in the area is around $2,000 or more.

Leadership at the college for about five years has been discussing the possibility of building housing on campus, but previously has faced roadblocks. Kim Hoffmans, president of the college, said they at one point considered entering a public-private partnership to build housing. But even though that housing would’ve been cheaper than market rate, rent still would have been too high for students at Ventura, where more than 70% of them receive federal financial aid.

“So, when this grant opportunity came about, we jumped on it,” Hoffmans said.

With the grant, Ventura College expects to be able to offer housing to 320 students. The project will include two- and four-bedroom apartments. The expected rental prices vary based on the type of apartment and number of occupants, but rent would be as low as $309 per month. Students would also be able to use financial aid, such as federal Pell Grant awards, toward their rent.

Even with the additional beds, the colleges likely won’t be able to house every student in need and will have to determine how to prioritize which students receive housing.

At Sierra College, the current plan is to prioritize students who are homeless, said Duncan, the college’s president. The college has about 175 homeless students. About 180 beds would remain available, and for those beds, Duncan said the college will likely prioritize former foster youth and other students who don’t have stable housing.

“Obviously, this housing project isn’t going to address all of that,” Duncan acknowledged, noting that the college has up to 4,000 students who lack stable housing. “But it’ll make a dent, and that’s what we need.”